If you have a GPS you'll know that essentially it tells you three things: your longitude, your latitude1 and your elevation. This all sounds straightforward enough, if very clever, but in fact it's only half the story as things are nowhere near that simple.

The first problem, and in a lot of ways the biggest, is that the Earth is inconveniently not spherical. It's actually a biaxial ellipsoid, that is to say it's a bit like a ball that's been slightly flattened due to gravity and rotation. The current World Geodetic System model uses an ellipsoid whose radius is 6,378.137km at the equator and 6,356.752km at the poles ... or, to put it another way the world is 21.285km wider around the middle.

This leads to some interesting issues when you come to model the shape of the Earth for mapping purposes and there are various "chart datums" which are used. The two which interest us most are WGS84 and OSGB36. Among other things the chart datum defines the shape of the Earth, the ellipsoid, which is then used to determine the height of mean sea level i.e. 0m. 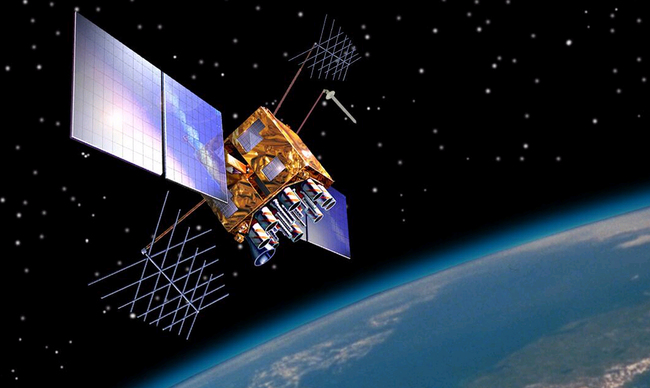 WGS84 is the one used by the Global Position System so all positions, and elevations, are relative to the WGS84 datum. There some problems with this. Firstly, the ellipsoid is designed to best-fit for the Earth as a whole. This means it generally doesn't fit a particular country as well as the non-geocentric ellipsoid used for mapping that country. In Britain, the WGS84 ellipsoid lies well below the sea level and slopes from east to west.

The Ordnance Survey, as you may know, specify elevations relative to mean sea level at the Newlyn Tidal Observatory in Cornwall and they use a different datum OSGB36 and mapping ellipsoid (the Airy 1830 ellipsoid).

By now your head is probably spinning gently2. So let me explain what this means in practical terms.

If you have a particularly dumb GPS which doesn't know about local datums then it will use WGS84 for elevation. So for example my mobile phone consistently claims I am 20m above sea level when I am 6m above. However pretty much any even vaguely modern GPS knows about local datums. So take my Foretrex 101 which is getting a bit long in the tooth now: it knows I'm sitting here typing this at 6m.

The only good news is that if the GPS you're using isn't using OSGB36 then at least the elevation error will be consistent across your walk, so your track profile shape and your total ascent and descent figures will be correct.

The other issue with elevation is a much simpler one and that's one of accuracy. GPSs are pretty accurate in terms of positioning. If you have a good view of the sky, so you're not in woodland or other canyons then you can easily get 2m accuracy, but the best vertical position quality is generally about 2.5 times worse than horizontal and, worse than that, it tends to "jitter".

Again this isn't such a problem for navigation purposes. If you want to check your position against a contour you can stop, wait long enough to ensure you're getting a consistent elevation figure from your GPS, and then compare that to the height you think you are currently at.

Where it is a problem is for recording GPX tracks as when you come to review your track profile it looks like you've been climbing over a debris field all day. This is why, in our mapping software we ignore the elevation data and instead derive your elevation from your position using Ordnance Survey data.