I've been meaning to blog about this for a while but two articles on the Web this week highlighted, in different ways, the issue of over-reliance on GPS.

The first was an excellent news post by the The Mountaineering Council of Scotland1. The post titled Death by GPS – how to get lost with pinpoint accuracy talks at some length about the dangers of over-reliance on GPS for navigation. It's a good article and I recommend reading it in full if you're got the time but here's the TL;DR bullet points:

The other related issue is that a lot of high end GPSs now include maps, so if it fails for any reason you not only don't know where you are but you don't have a map. 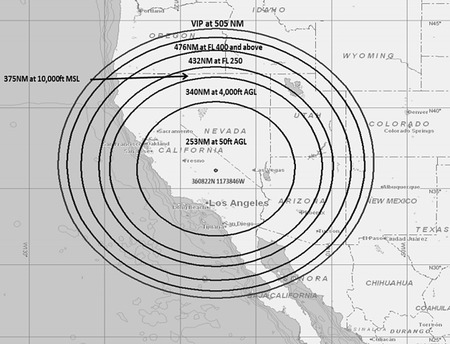 The other news, which I saw highlighted in several places, on Gizmodo for example, is that a NOTAM2 has been issued for pilots on the west coast of the United States that GPS signals will be jammed for six days in June. They've tried to mitigate the effect so it "will only affect aircraft above 50 feet" but given that if you're a hill walker you're going to be well above that ...

The US isn't the only place that does this. Here in the UK the military routinely jam GPS signals on their ranges for training purposes which Ofcom lists here. You'll see that this has the potential to affect hill walkers all over the UK (including Cumbria). As Ofcom notes:

So a GPS location should always be treated with a little caution, especially if near ranges (which many hill walking areas are).

The bottom line to all of this is that a GPS is great bit of kit, both to aid navigation and to log where you've been (which you can then upload to our mapping app later) but if you're going hill walking then you still should be taking a map and compass and, to my mind, you navigate by map and compass and primarily use the GPS to confirm your navigation.

This isn't just for safety reasons either. If you're using an OS map you will often see details noted either on or near your route which you want to identify just to make the walk more fun. If you're blindly following a GPS from point A to point B you'll miss all that.