We were alerted by one of our users that the Lake District National Park Authority seem intent on selling off 74.31 acres (30.07 hectares) of mixed woodland and amenity land between Grasmere and Ambleside, in the heart of the Lake District. People will long memories will remember that they first tried doing this early in 2015 which resulted in widespread protests.

Now they appear to be having another go at selling some land which they failed to sell before in one lot at Blue Hill & Red Bank Woods, and five lots in and around Baneriggs Wood.

Savilles, who are the agents, have maps of the six lots on their web site. Here's lot 1: 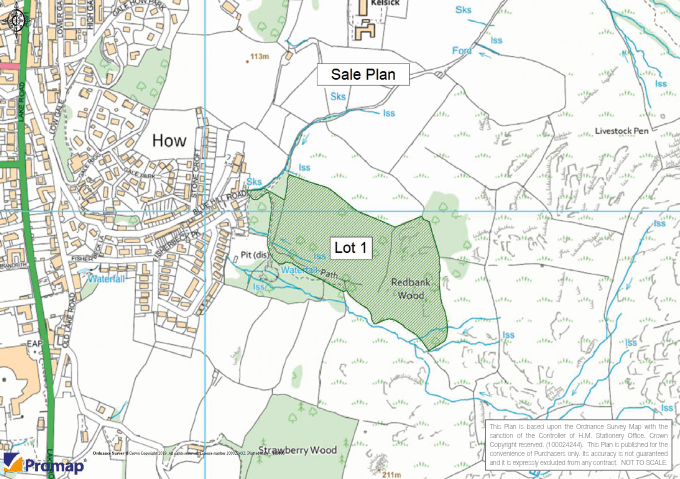 If you're unclear as to the location this lot is on the south east side of Ambleside. Here's the other five lots: 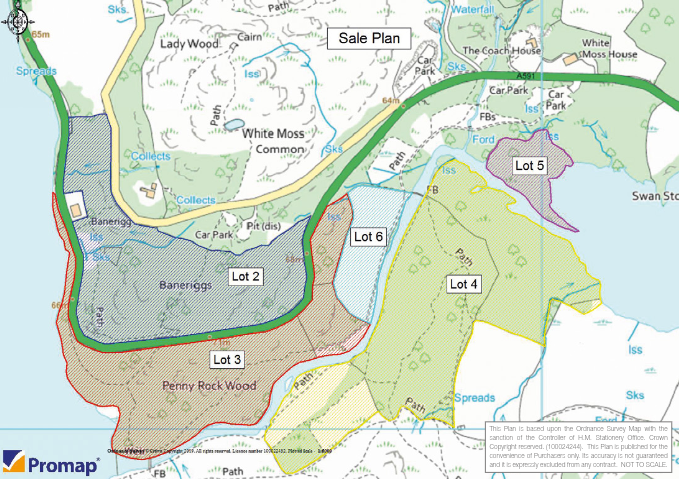 The water on the left side of this lower map is Grasmere and the water on the right side is Rydal Water so this really is in the heart of the Lake District.

We're a bit bemused as to who exactly would want to buy any of these plots, each a mix of deciduous and coniferous amenity woodland, as all the lots are subject to the Countryside & Rights of Way Act 2000, which dedicates the land as open access for the public and there are several footpaths throughout the lots.

So this is land with public access and in areas where we can't honestly believe that the Authority would ever give planning permission for any buildings to be erected. In addition the sporting and fishing rights are excluded from the sale as they are separately owned so there's no value there.

All of which explains why the guide price for the six lots is £485,000 which, while it's a lot of money, comes out at about £16,000 per hectare, which is close to the average price for pasture land in England and Wales. In other words it's not been valued for development.

So who would want to buy it?