Kinder in the Snow

This walk was an afternoon one back in November 2015 after it had snowed overnight. It started from the pub in Edale where I had lunch, then it was up Grindsbrook along Kinders Southern Edge & down Jacobs Ladder to be met at the car park near Barber Booth. Ground conditions were melting snow in the valley but still dryish snow up top. Seeing people struggling up the top reaches of Grindsbrook, I cut directly up the hillside to avoid the ice but the going trough the snow & heather up a steep slope was very hard in itself but sure of footing. The walk along the edge was a bit slippy and it was better footing to walk where others hadn't and off the slabbed path. I only slipped over onto my bum once and that was when I wasn't concentrating as much on my walking, as I was talking to a couple I'd come up upon and fallen in step with and it was nice the amount of concern they showed, but everything was fine with me. Unsurprisingly there were a fair number of people up on the top, although going my way, more seemed to go down Crowden than continue on.

Pic 1 - The path edging the fields before the open country. 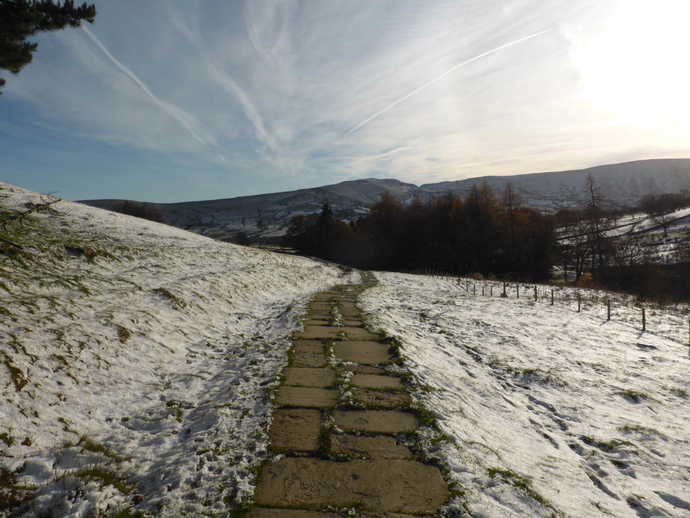 Pic 2 - Entering access land as the clough closes in.

Pic 3 - As one headed on and bent round, the snowy tops came into view. 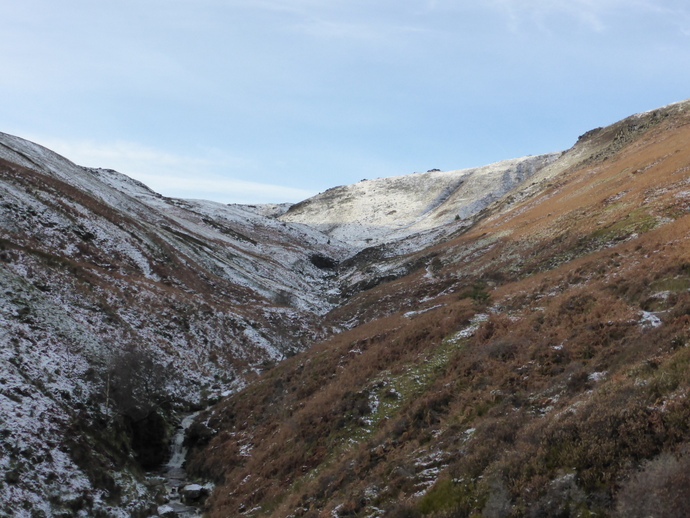 Pic 4 - Icicles from water seepage on a rock face 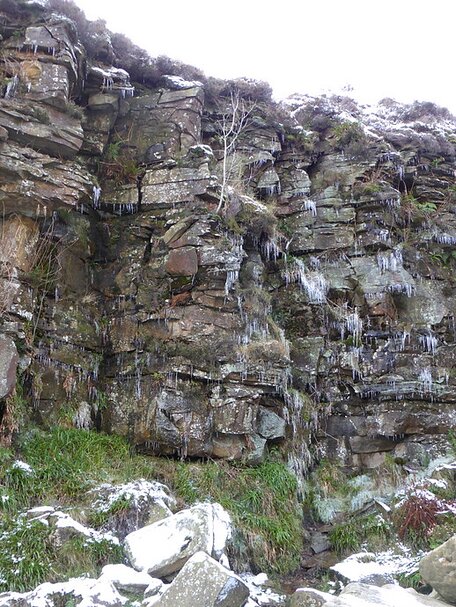 Pic 5- Around this stage the easy going path changes to something twisting round rocks & clinging on just above the brook.

Pic 6 -The top is insight as the remaining snow thickens 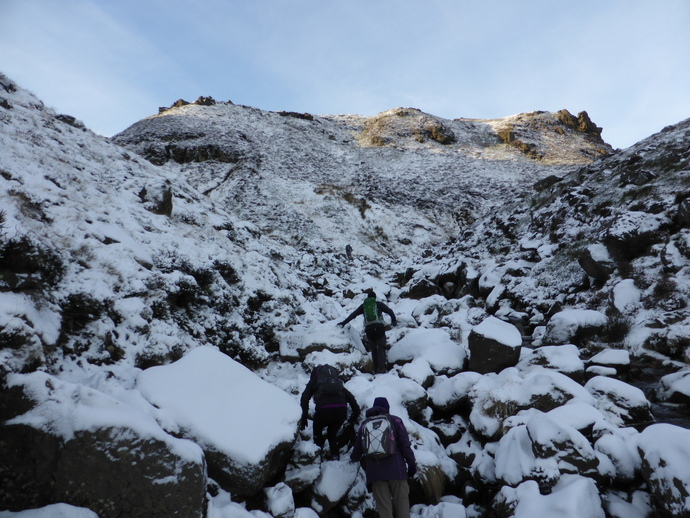 Pic 7 - Having reached the top looking back down Grindsbrook Clough & across Edale to where I'd walk in the morning. 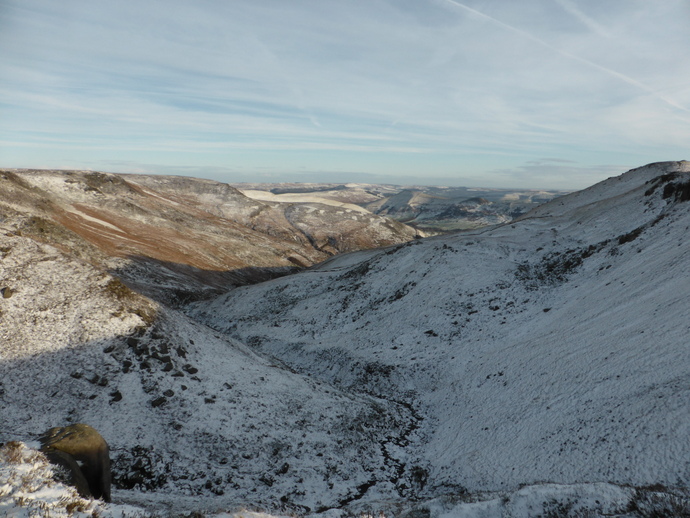 Pic 8 - The path onwards along the edge. 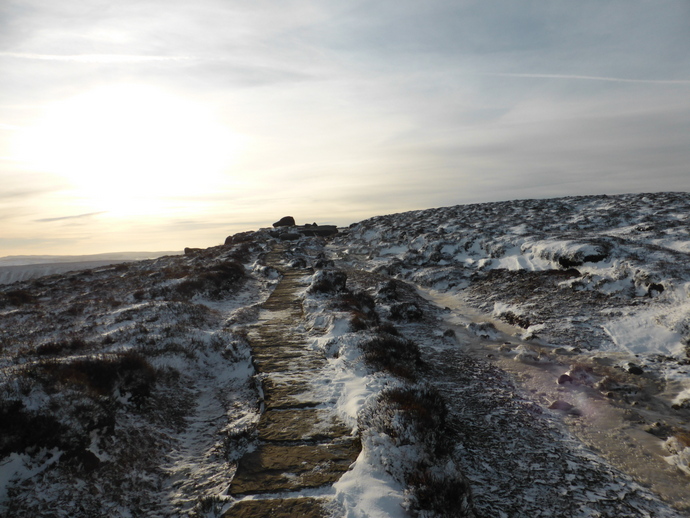 Pic 9 - The treacherous crossing of Crowden brook with all the ice. 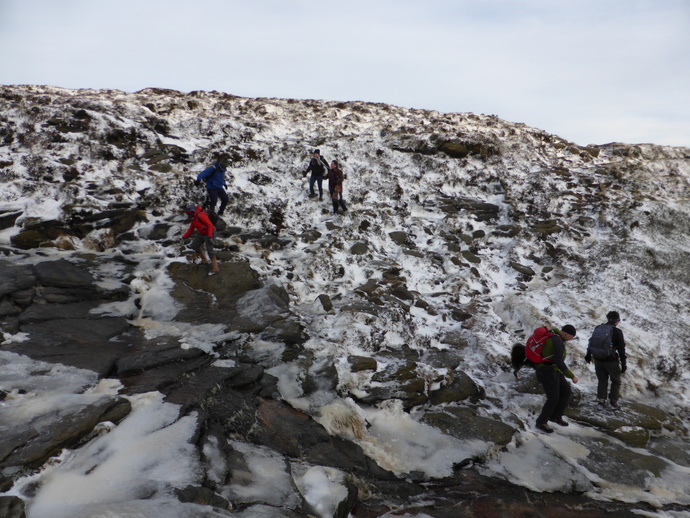 Pic 10- Looking back towards Crowden. 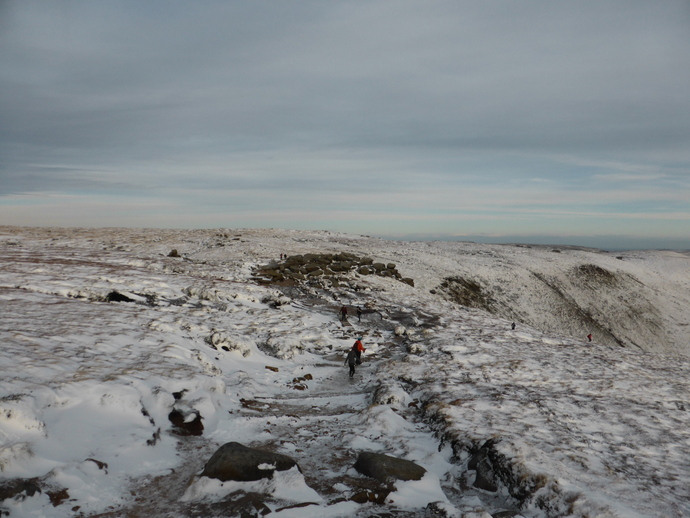 Pic 11 - Approaching the top of Jacobs Ladder path looking down along the clough. 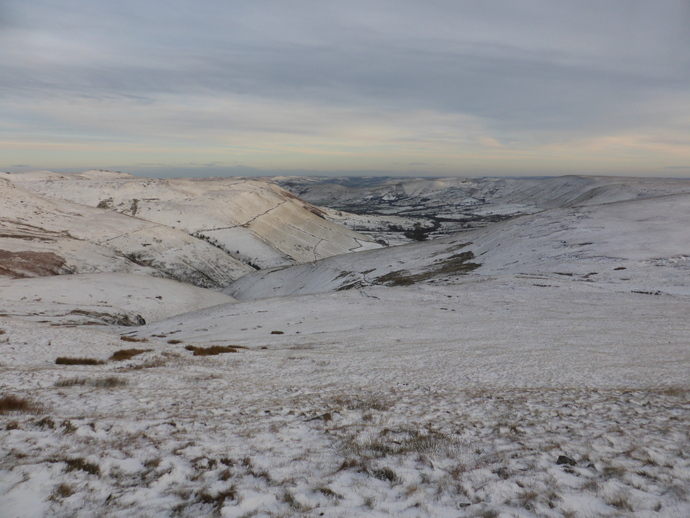 Pic 12- The cairn at the top of Jacobs Ladder. 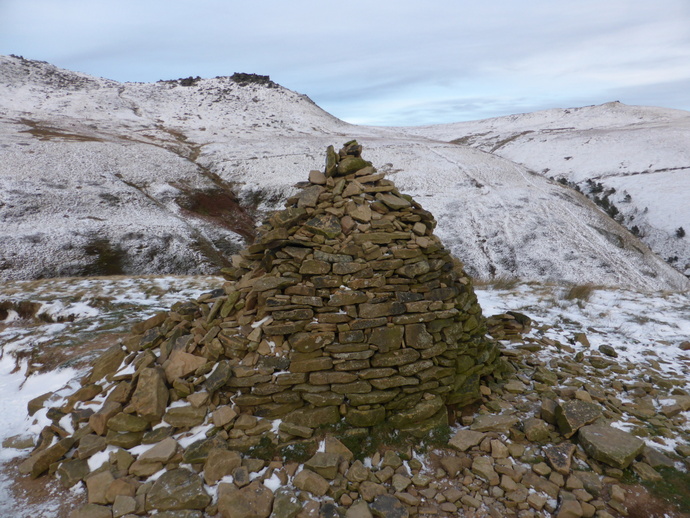 Pic 13 - I took the pack horse path round Jacobs Ladder fearing for what the steps may be like and previously always going via the steps. The snow was actually mushy now.

Pic 14 - The pack-horse bridge at the bottom of Jacobs Ladder. 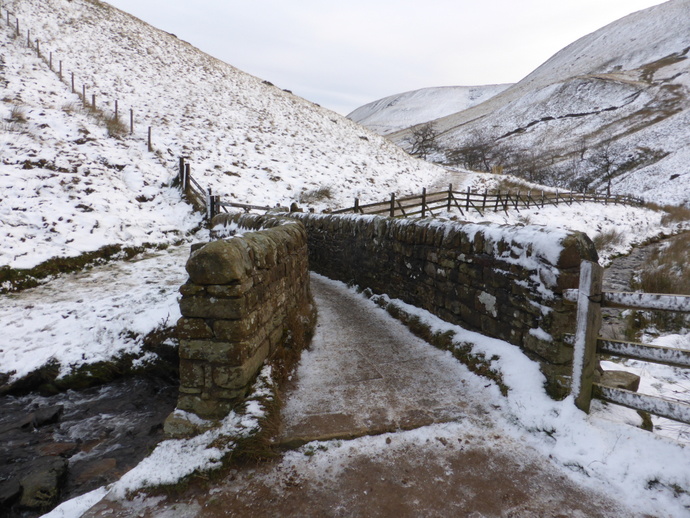 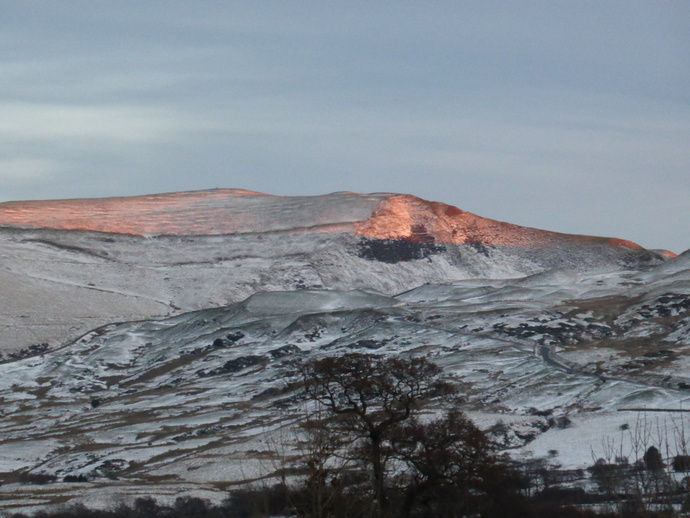 Pic 16 - and just catching the top of the Great Ridge.