This walk was back in July 2016 at the end of a short very hot dry spell before thunderstorms broke things down. It was planned as a drop off & then pick up at a set time whilst my driver was off doing their own thing. I had plotted it from maps & satellite images online & loaded into GPS for easy following, as I knew from looking at satellite images that in parts paths were indistinct at best. Also having walked quite a bit in the peak district I generally knew what to expect in that anything labelled as a Moss up in the Dark Peak is boggy. I also had various endings planned from just after Lady Cross to my pickup point depending on time.

Note this walk was over access land which can be closed at times.

The 1st half of the walk on the Cut Gate path is a well trodden route with a lot of its length being a sandy / stoney surface but parts are sand / peat & in wet weather a short length is also a stream but on this occasion it was dry baring a few puddles. The path down from the high point to Slippery Stones (the old packhorse bridge that got moved to the top of Howden reservoir) is quite steep in places. Plus if you are ever planning to walk over to the road alongside Howden & Derwent be aware of it being closed to traffic at weekends. The 3rd quarter is along a vehicle track following the Derwent. The bit over the moors is an indistinct path until one hits the old salt road, which is obvious like that over the Woodhead tunnels.

Pic 1 -The Porter or Little Don River from the bridge over it near the end of Langset Reservoir. 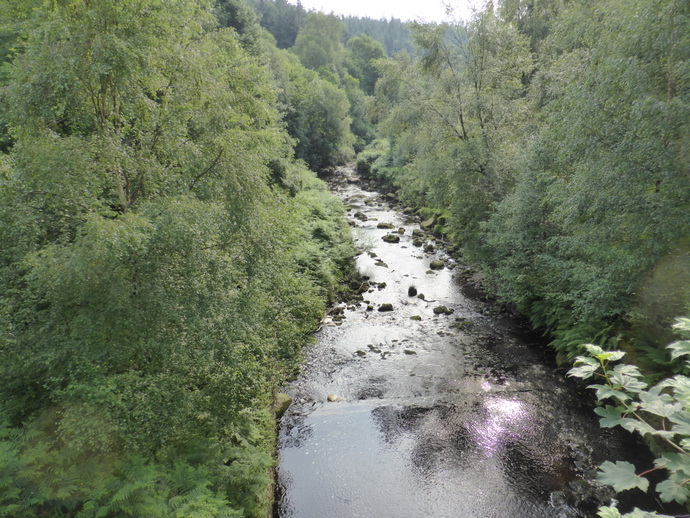 Pic 2 - The view ahead over undulating ground from Hingcliff Common. 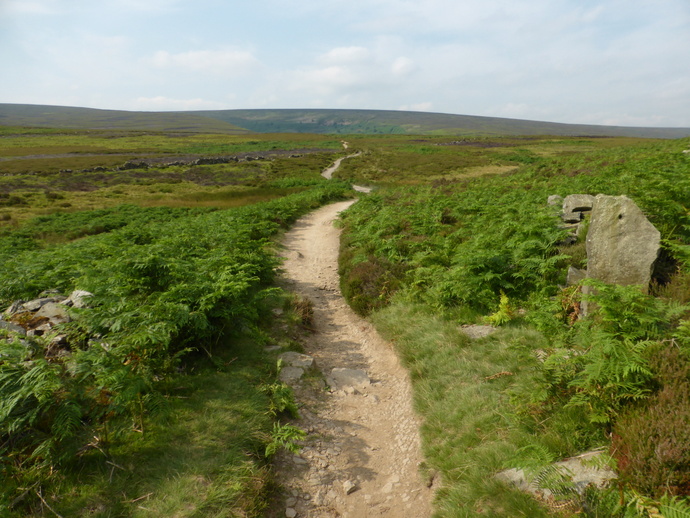 Pic 3 - On a bit more & Mickleden Valley cutting into the hills. 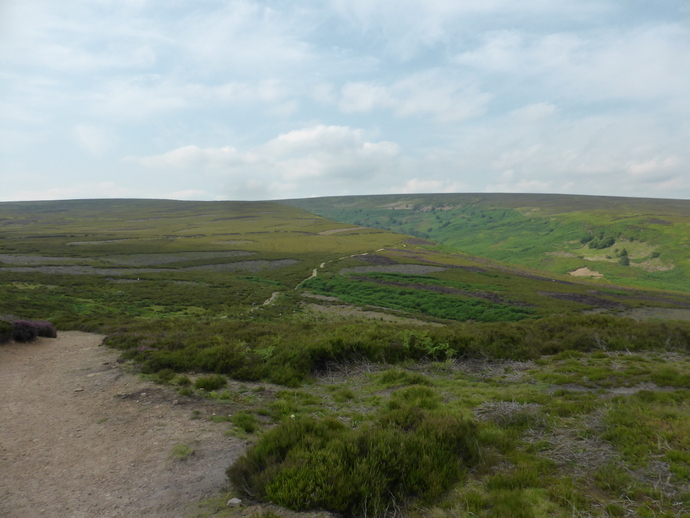 Pic 4 - Approaching the high point on this path & a cross road of paths with Howden Edge dropping away out of site. 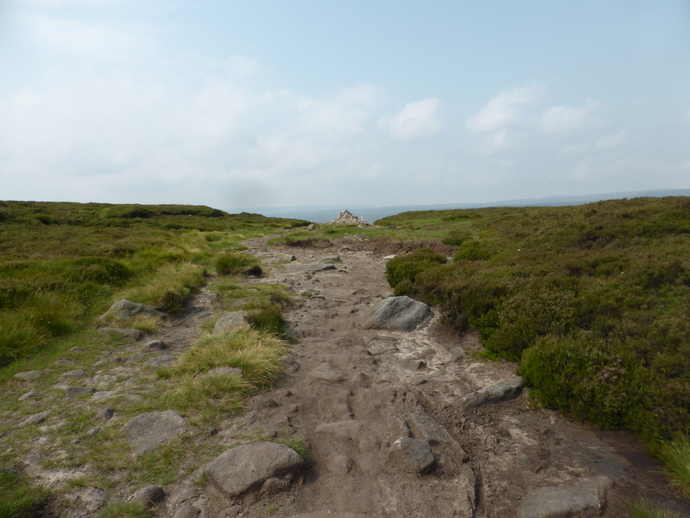 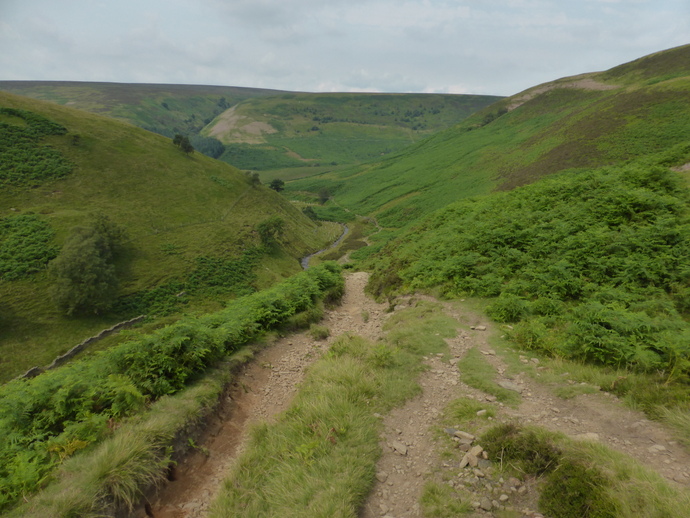 Pic 6 - Slippery Stones packhorse bridge, where I had lunch 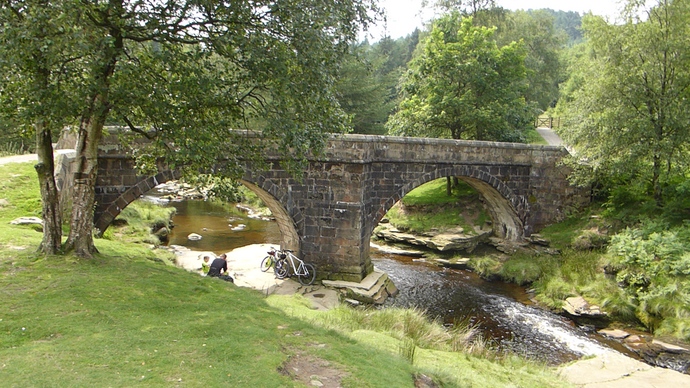 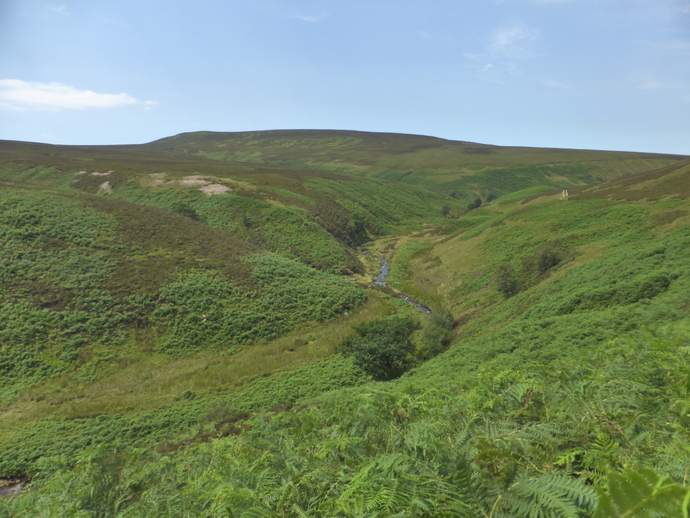 Pic 8 - Having negotiated getting up the pretty much pathless Hoar Clough one sees up & across to the Barrow Stones Bleaklow way. (note the funny spurs of track at the top of Hoars Clough were me purposefully recording odd path going off) 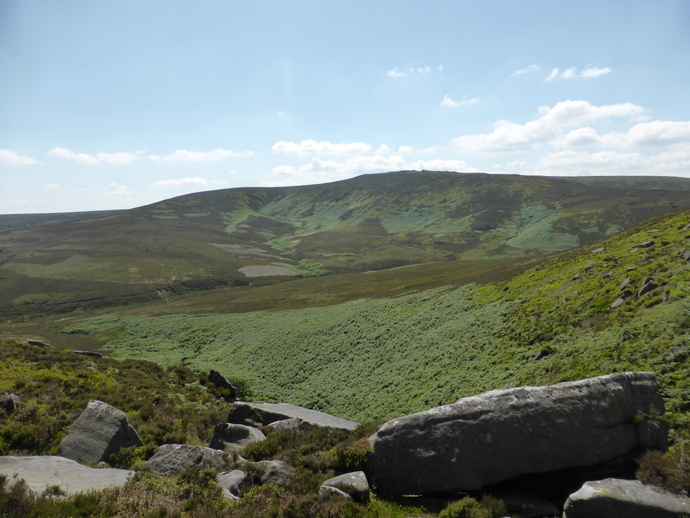 Pic 9 - Dry peat on the path along the watershed on top of Featherbed Moss. From here I went on to `summit' Round Hill which is so level a bit of wandering watching GPS was needed to find it. 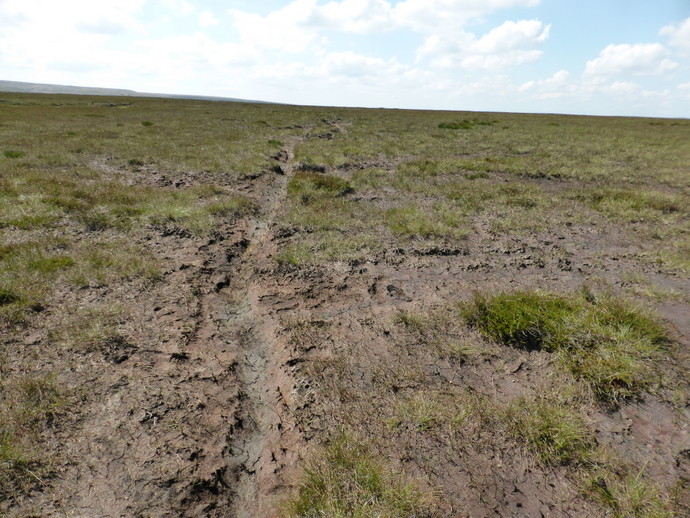 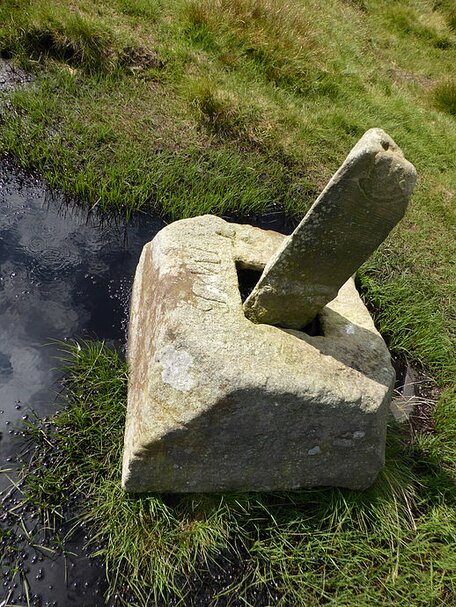 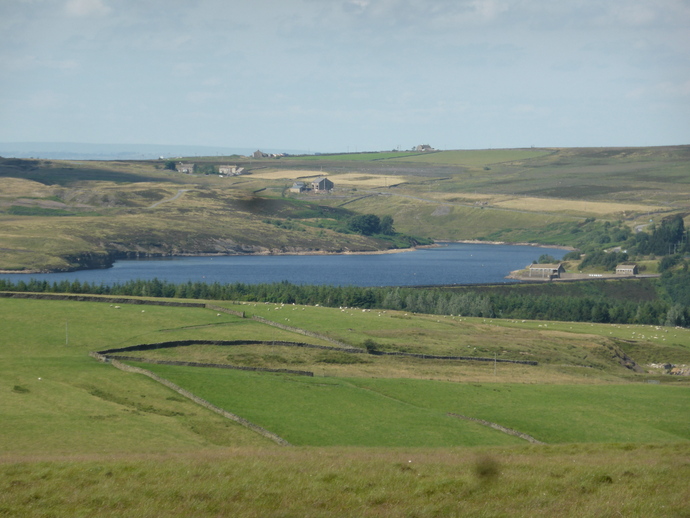 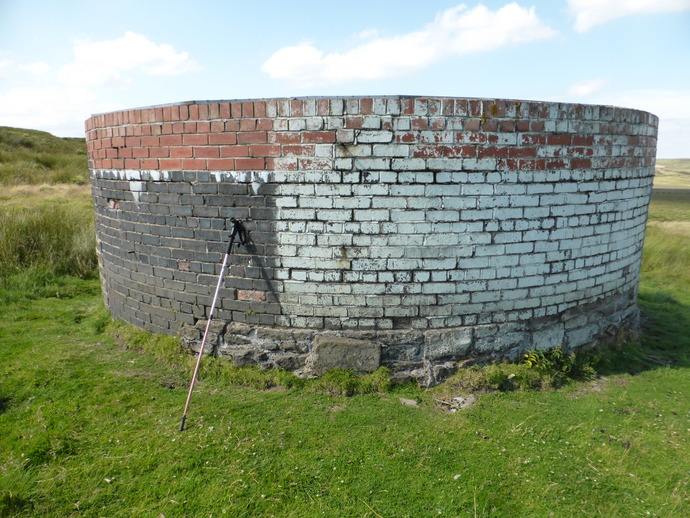 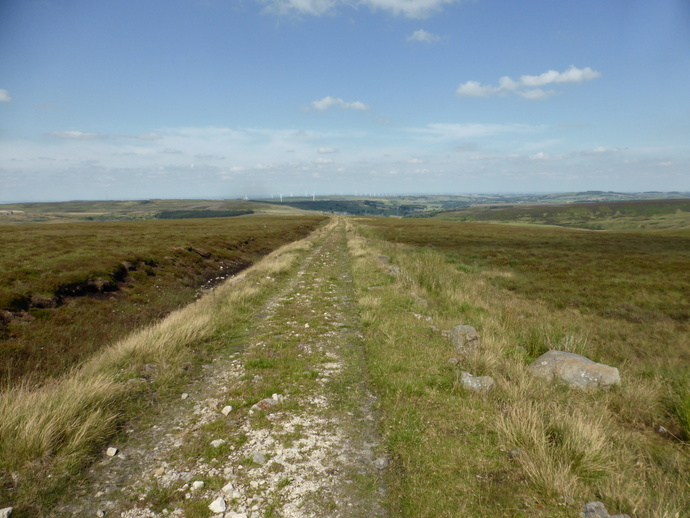 Pic 14 - The hard track that lies directly over the line of the Woodhead Tunnels. 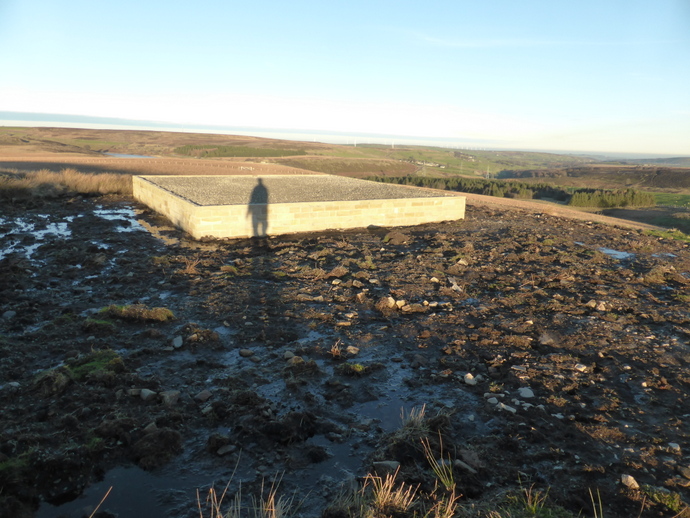