Hi - I've just found WalkLakes and it looks a great site. However, on my computer screen the maps are noticeably crooked. The horizontal grid lines slope down from top left of screen by about 10 degrees or so. More importantly, it prints crooked too. Is this a known problem or something peculiar to me? Thanks

It's neither really, it's just how it is. A minor lecture follows, mainly because I'm a sad map nerd; feel free to skip to the end

The issue here is that in creating the National Grid the Ordnance Survey treated Great Britain as being on a flat surface rather than a globe - as is illustrated in the left hand map below. The tapering lines are the lines of longitude and curved lines are lines of latitude on this projection of Great Britain. 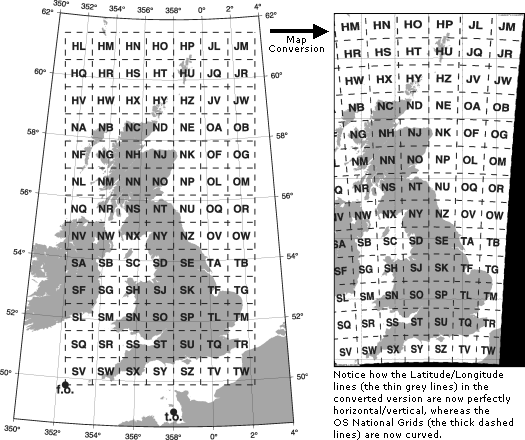 However things get more interesting when you're logged in. Then the tiles for 1:50K and 1:25K mapping are served from Bing's tile server. Bing doesn't care about the National Grid, it's a worldwide mapping system so it gives you tiles with lines of latitude horizontal and lines of longitude bent outwards so that they are vertical. So the OSGB map is distorted to fit that as is shown in the right hand map above.

So if, for example, you are at Cirencester, SP045016 which is close to the bottom left hand corner of the SP square then (as you might expect from that map on the right above) the grid lines are pretty close to horizontal and vertical: 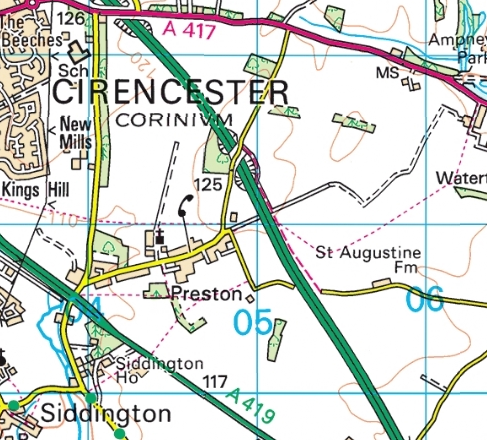 But if you are at Glencoe, NN102588 (which I suspect is where you're looking given your username

) then the grid is leaning to the left: 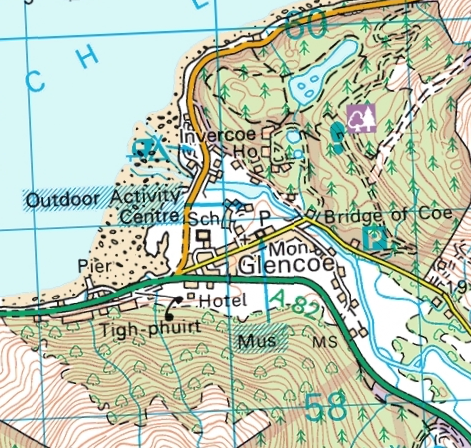 Similarly if you look at Lerwick, HU476413 then it's a bit cocked the other way: 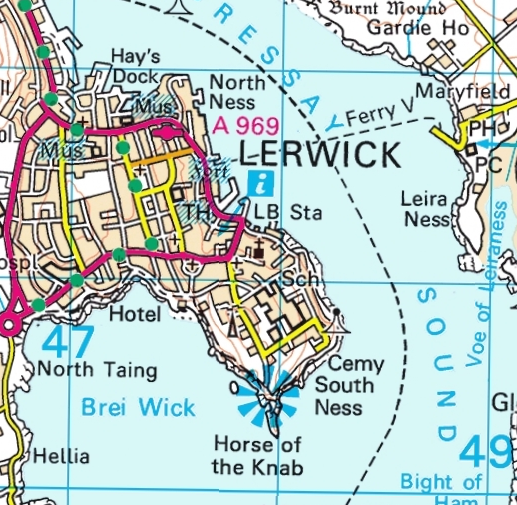 The problem here, and one which we've had ever since we've had paper maps, is that we're making approximations to cope with the fact that what we're mapping isn't really on a flat surface but a curved one but we're trying to represent it on a flat surface, be it a sheet of parchment or a computer screen. There are many ways of getting round this but every one leads to distortions of some sort.

Anyway, if your eyes are glazing over by now the tl;dr summary is:

Many thanks for the quick response and detailed explanation!