We've just moved to the area, and it's been an intention to get out walking so faced with a couple of days of superb looking weather we dug out everything that we thought we may need. Bought new maps, compass, spare water bottles, emergency kit and new boots for me.

I'd walked Nab Scar twice once as a cub then as a scout for our Helvellyn/Sca Fell warm ups so it has happy memories for me and I wanted to take my son up this peak as his first official walk.

Parked up at the White Moss car park - after driving round for a while in Grasmere looking for an ATM we discovered that the parking machines take cards.... noted for our next walk... also worth noting that we tried to park on Rydal Mount but there are probably about twelve car spaces here so if you're not planning to arrive early on a potentially busy day head straight for the pay and display and save yourself the frustration!

The weather was superb as we started up the track from the car park and up onto the Coffin Road and we picked up Rydal Mount and headed up, sadly we completely missed the gate and forged ahead on the farm track until we arrived at the waterfalls in Rydal Beck... realising our(my) schoolboy error we backtracked and spotted the gate, carefully concealed under a tree!! So much for buying a map....!

We started the climb, which to be fair for an out of condition 42 year old was pretty tough.... although it did allow us time to take in the scenery and a few pictures. 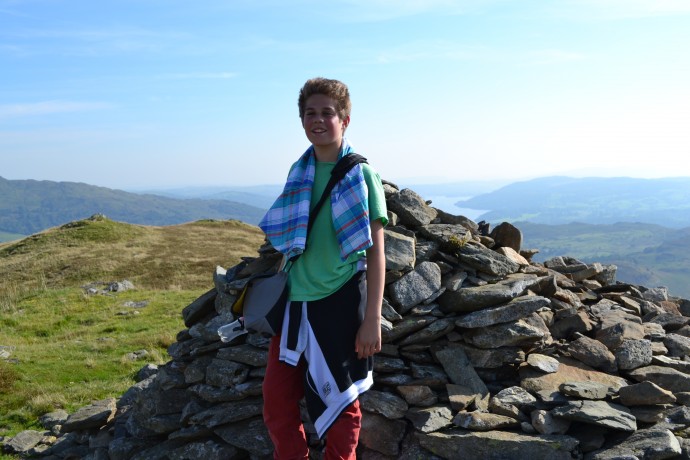 Encouraged by other walkers we(I) plodded our way up the mix of steps, track and rock until we made the summit. 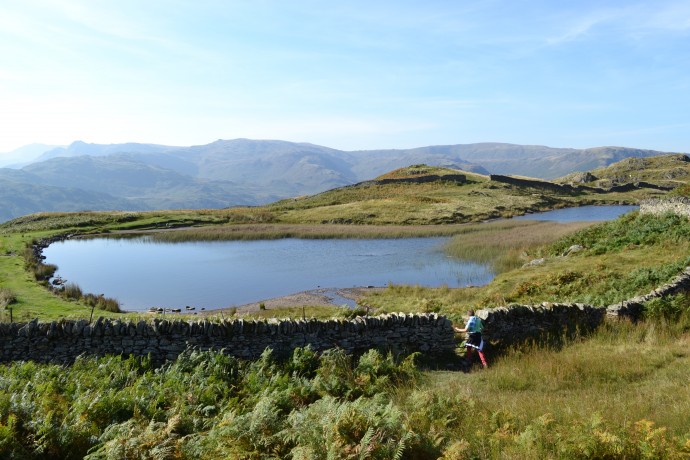 Couple more snaps at the cairn and then we headed down towards Alcock Tarn, the path was marked by a cairn and is mainly a grass/mud path with a couple of steps down over rocks,it does become a bit indistinct at points as it meanders through the ferns, and we were ambushed by a small sheep who appeared to be as surprised to see us as we were it, as it popped up from the undergrowth...!

Alcock Tarn was our next stop and after stopping for a few minutes to watch the abundant small fish darting about we skirted round the left side and continued the descent. 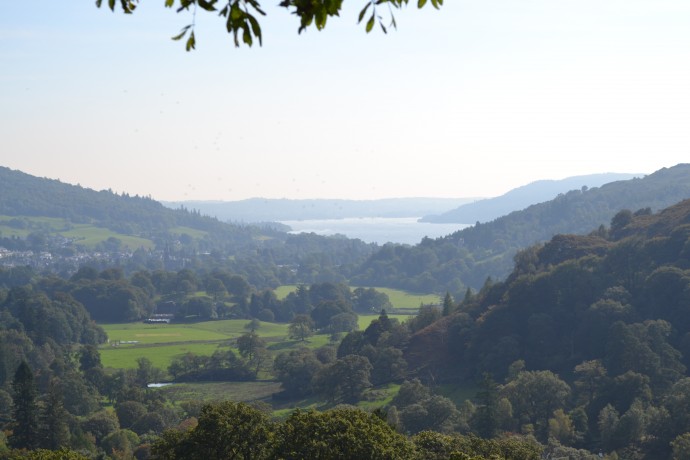 The pathway for the most part is fairly solid rocky path with a few loose sections and tree roots which for two tired walkers were quite hard going on the feet but the sound of the water fall just after the NT Alcock Tarn gate was a welcome addition and fairly soon the track turns to road as you rejoin the far end of the coffin road.

All in all an excellent day helped by warm sunny weather.

Oh yes Nab Scar is lovely walk especially on such a cracking day. That path to Alcock Tarn is quite faint and intermittent, the bracken hides these paths so well! Still its dying off now and will be gone soon. The small sheep was probably a Herdwick lamb, probably the prettiest of the sheep. Lambs start out black and quite quickly turn brown and then white/grey as they get older. Only the tups have horns. Did you spot the aqueduct stone on the way up?

You'll soon be finding all the places to park without paying some the crazy charges.... like on the back road between White Moss and Dove Cottage, either under the trees just by Joseph's ice cream van or there's a couple of old quarries that act as car parks further up the hill. At weekends you need to be up and out before all the B&B's have sent their guests off, which kind of means before 10oclock at the latest.

And thanks for the walk report!