Being as it was a bank holiday Monday, I wanted a walk that would take me away from the "madding crowds", and so decided to do a few of the more easterly fells.

Starting from Cow Bridge car park near Brothers Water, and walking in via the tiny hamlet of Hartsop, I took the Hayeswater Gill footpath up to Hayeswater, a glacial mountain tarn which had previously been dammed for reservoir use. In 2014, the dam (some photos of which can be seen in the very detailed Walk Lakes "Around Hayeswater Reservoir" article: - https://www.walklakes.co.uk/walk_194.html), was successfully and unobtrusively removed, so the tarn has been full-circle, now having been allowed to revert back to its former, natural shape and size. From Hayeswater, I struck up the rather boggy path leading directly to the ridge of The Knott, and then onwards towards High Street.

Passing beyond the summit of The Knott, and heading towards the Straights of Riggindale, Hayeswater again comes into partial view, way down below to the right hand side. I stopped to take a quick photo, and, through the viewfinder, out of the corner of my eye, glimpsed something moving. - It was one of Lakeland's herd of wild red deer. I'd long known about this herd, but had never actually spotted them before. - A nice unexpected surprise!

Having now seen one, I realized that quite a few deer were within sight. I counted eleven, but assumed that more of the herd would have been out of sight "around the corner" of the fell-side. I'm pretty sure they saw me before I saw them, but I managed to get a few shots off before they slowly ambled away out of sight.

At the Straits of Riggindale, I took a short there-and-back detour in order to visit the summit of Kidsty Pike. Then, back on the main ridge, it was up to High Street summit, and onwards to Thornthwaite Beacon.

From there, dropping steeply down to the small col at Threshthwaite Mouth, (what a horrible loose-slippy-stony descent that is!), I continued up to Stony Cove Pike, and across to the Atkinson Memorial Cairn, before descending back to valley level via Caudale Moor.

Back in the valley at Caudale Bridge, I followed the public footpath through Sykeside to Hartsop Hall, and beside Brothers Water shore back to the car. A bank holiday Monday, and not more than a few dozen people seen on the fells all day. - Another great day in the Lakes! 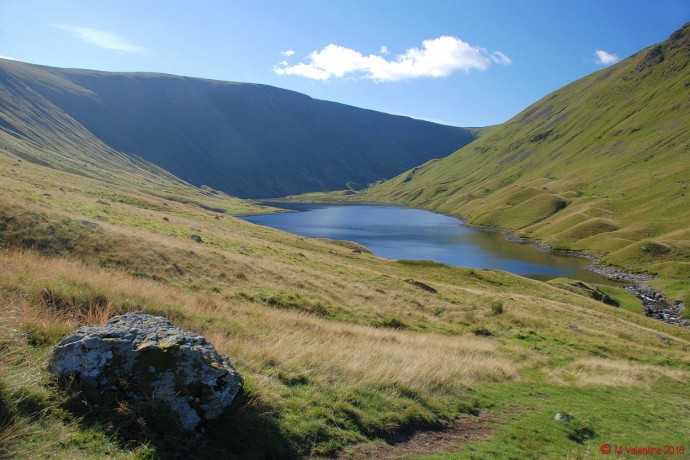 Looking back across Brothers Water to Dove Crag, Hart Crag, Fairfield etc., from the path above Hayeswater leading up to The Knott. 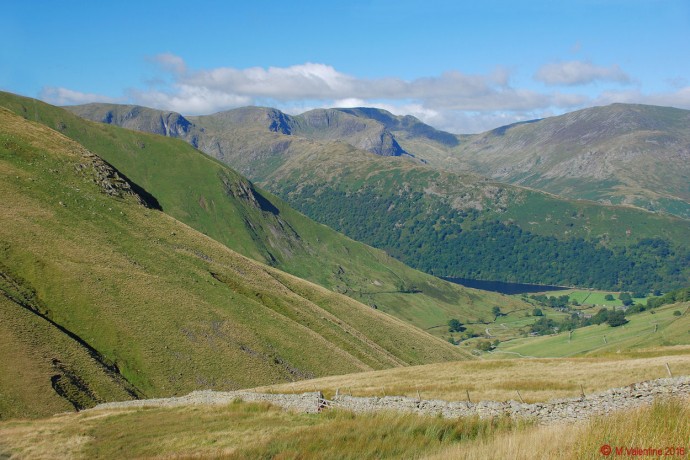 Some of the herd of red deer, seen near the summit of The Knott. 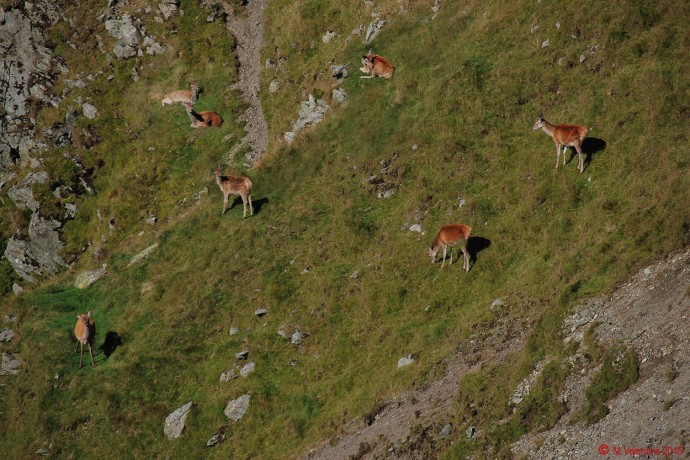 Looking across to High Street from the summit of Kidsty Pike. 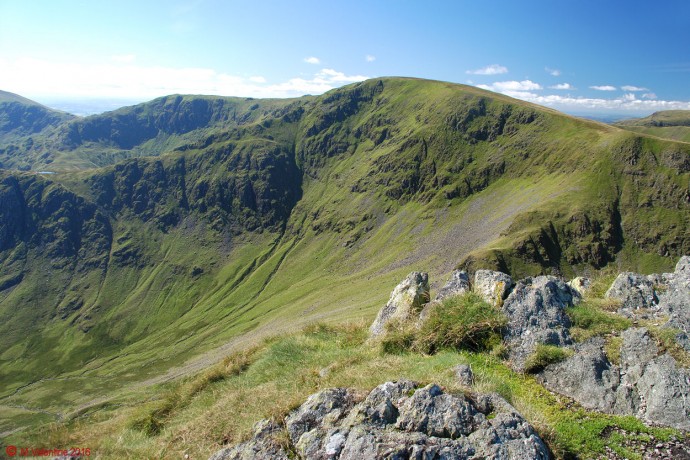 Looking across Dove Crag (from High Street) towards the Scafell's. 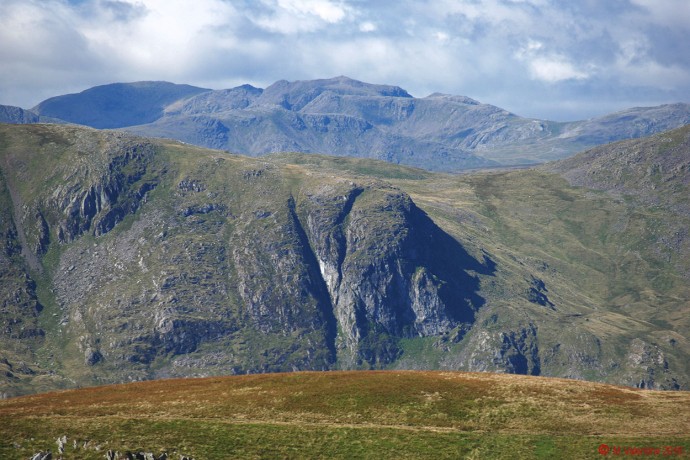 Looking down the vale of Riggindale towards Haweswater, from High Street. 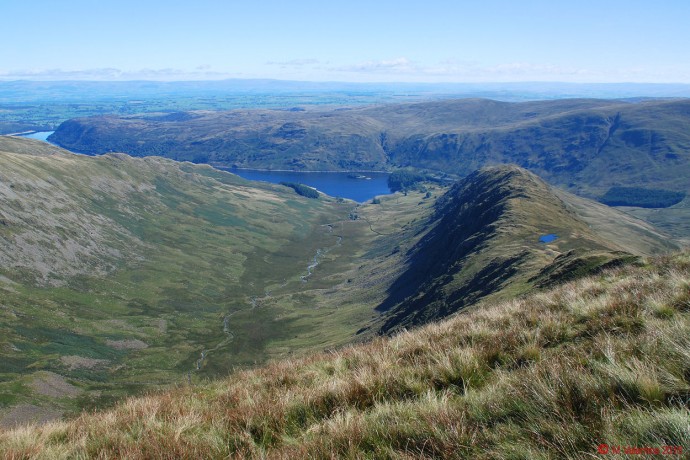 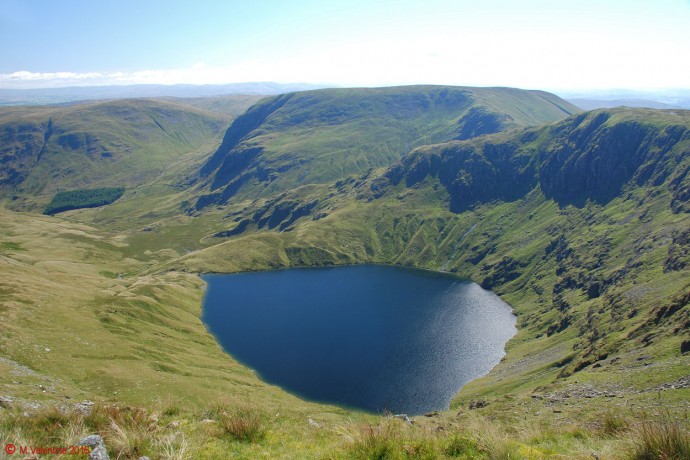 A slightly zoomed-in shot of Great Gable, which can be seen on the horizon behind Dove Crag, Hart Crag, Fairfield etc. (Taken from High Street). 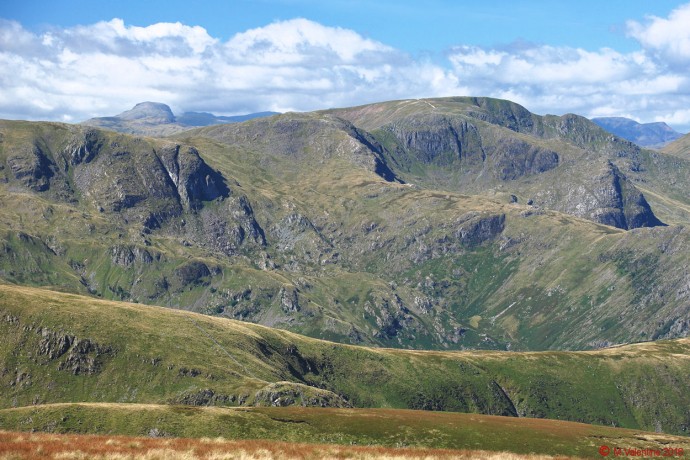 Looking across Hayeswater with Blencathra on the horizon. (Taken on the approach to Thornthwaite Beacon). 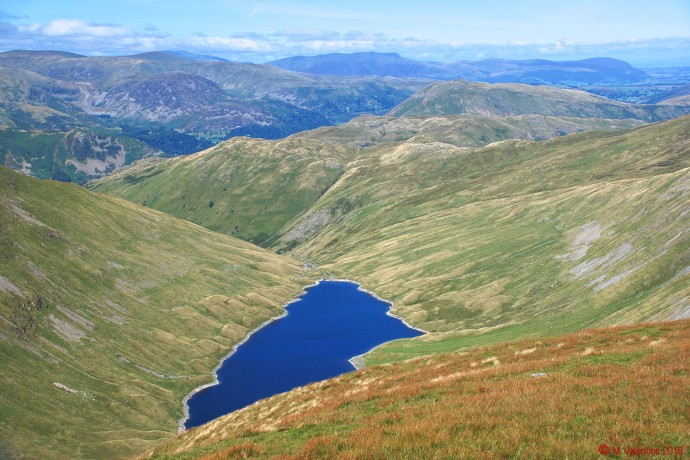 Froswick, Ill Bell, and Yoke. (Taken from the flanks of Stony Cove Pike). 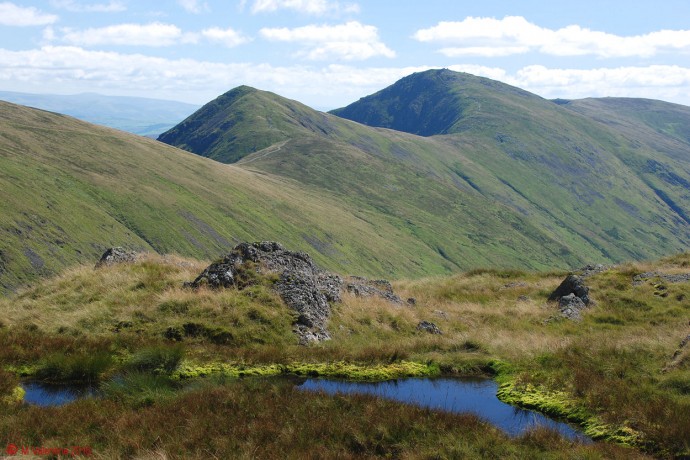 Looking towards the Helvellyn range from the Atkinson Memorial Cairn on Caudale Moor. 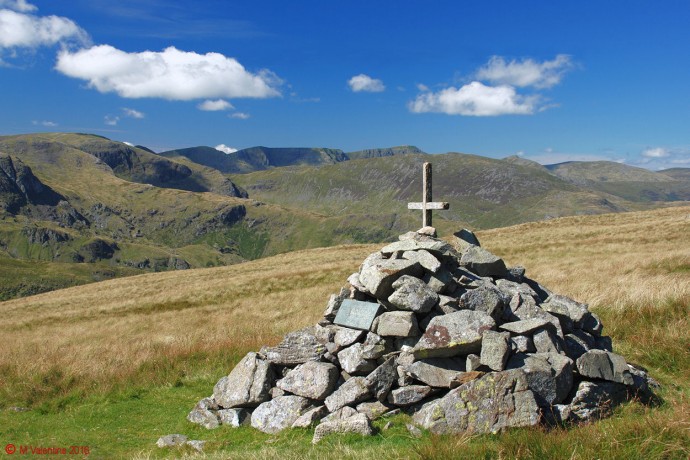 Dove Crag, as seen from Caudale Moor. - If you know where to look, you can just make out the tiny slit that is the Priest's Hole Cave, high on the crag. 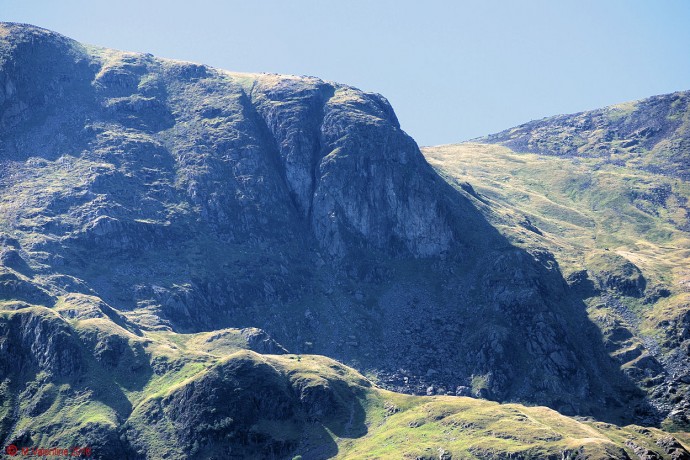 Looking across Dovedale from Caudale Moor. 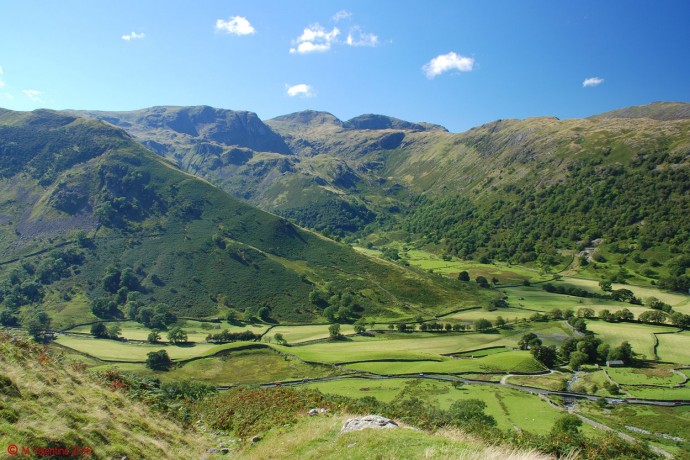 Looking across Brothers Water to Gray Crag, on the final leg of the walk back to the car. 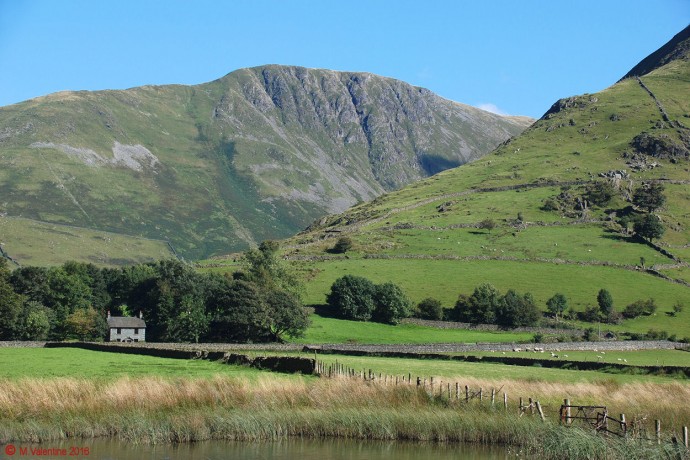