Intentions of visiting the Rannerdale bluebells spectacle saw me back up in the Lake District on Sunday. As ever though, I also wanted to get onto the high fells, and so, giving due consideration to prevailing weather conditions, decided to make Rannerdale Knotts and the bluebells the last part of a short-ish round walk, also taking in Grasmoor, Wandope, and Whiteless Pike.

Sunday morning began with much of northern Lakeland covered in low level cloud, with intermittent light rain showers. However, the forecast had suggested that the cloud should quickly lift, to give good sunny periods throughout the afternoon. Hence, with the Rannerdale bluebells being the primary reason for this visit, I decided to do the high tops first, leaving the bluebells for (hopefully!) the best of the day's weather.

Parking up in one of Cinderdale Common's small gravelly parking areas, I sat in the car until cloud level eventually cleared the top of Mellbreak, and then headed off up Lad Hows towards Grasmoor. My decision to wait a while paid off. - I only got caught by one very brief shower, and I could see the clouds visibly retreating as I gained height. By the time I'd got to about 2000ft., cloud was already lifting above Grasmoor summit. - It was going to be another great day on the tops!

A quick lunch break ensconced in Grasmoor's summit shelter, (out of the very strong and gusty wind up there!), was followed by an easy amble across to Wandope, and then onwards via Whiteless Edge to Whiteless Pike. Then down Whiteless Breast to the final hill of the day, Rannerdale Knotts via Low Bank. This was my first visit to Rannerdale Knotts summit, and I have to say, for its small stature, it's a great little fell - with some nice craggy outcrops and some super views.

Then it was off downwards, back to valley level near Hause Point on Crummock Water. And then, before finally making my way back to the car, a leisurely wander amongst Rannerdale's famous bluebells. - The objects of the annual spectacle which draws hundreds, if not thousands of visitors at this time of year to the lower flanks of the fells behind Rannerdale Farm. Photos can't really do them justice, as the eye needs to constantly pan around the area to take them all in. Well worth the visit, and the perfect end to another great day in the Lakes!

GPS Track of the route: -

First shot of the day, looking northwards across Crummock Water and Loweswater from Lad Hows, and the weather is beginning to brighten up nicely: - 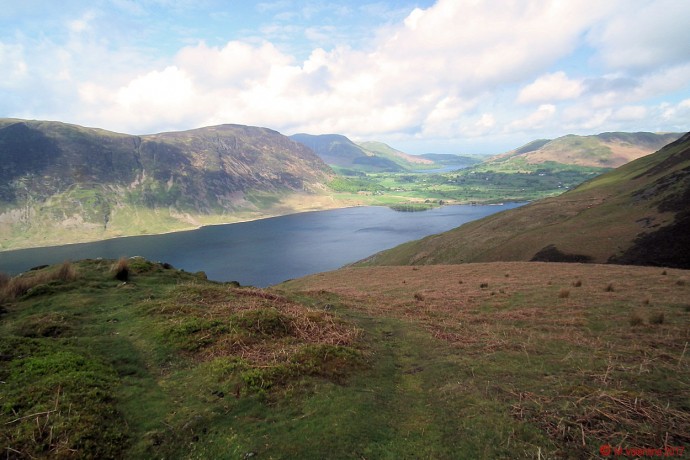 Looking across Rannerdale Knotts in a more westerly direction from the same spot. Where much of the early cloud is still making its presence known: - 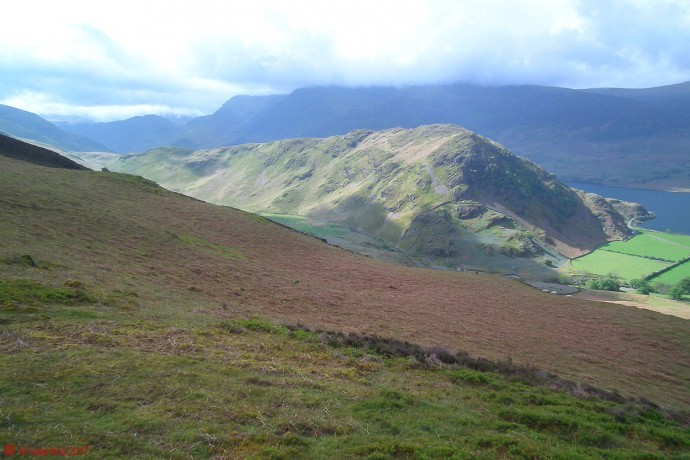 Much further up the fellside, looking across Low Bank and Rannerdale Knotts, with the majority of the Lad Hows ridge-line just climbed in view: - 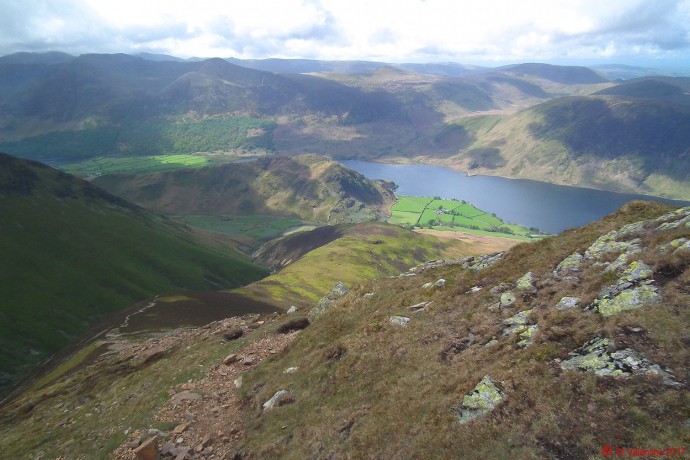 After lunch at Grasmoor summit, and now on the way across to Wandope, looking down to Rannerdale with Whiteless Pike, prominent in the view: - 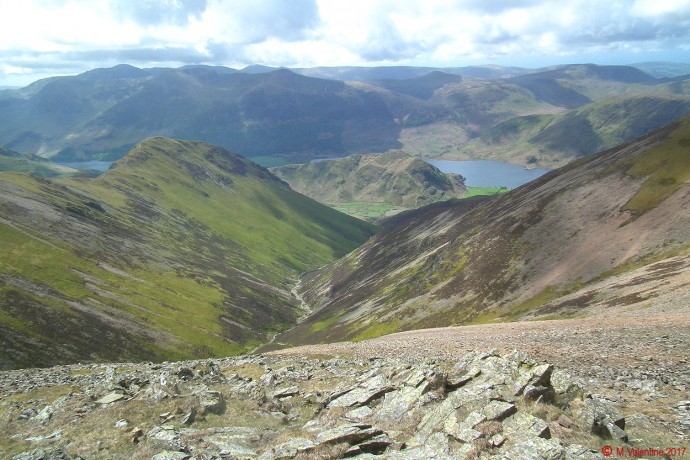 Still on the way down to Wandope Moss, looking across towards Grisedale Pike, with Skiddaw in the distance: - 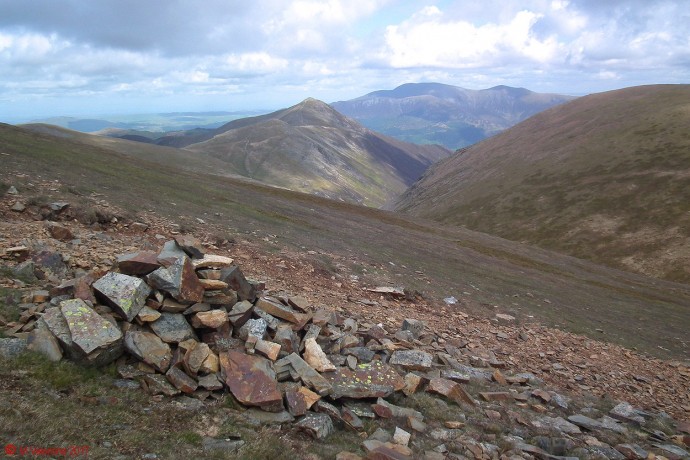 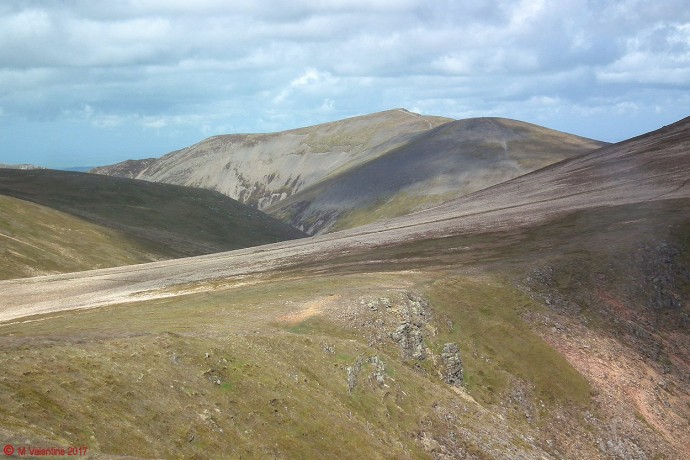 Causey Pike from the flanks of Wandope: - 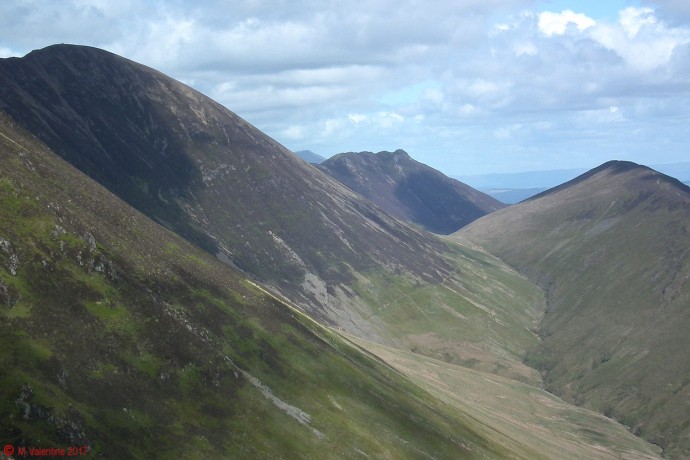 The route ahead. - Looking down to Whiteless Pike and Rannerdale Knotts: - 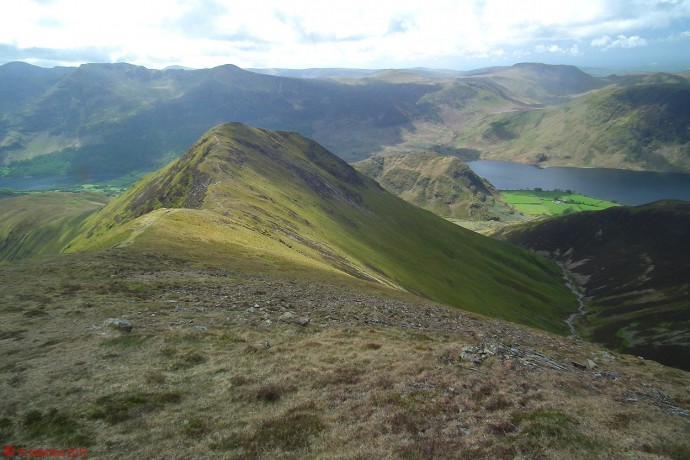 Rannerdale Knotts from Whiteless Breast, with a first good glimpse of the bluebells far below: - 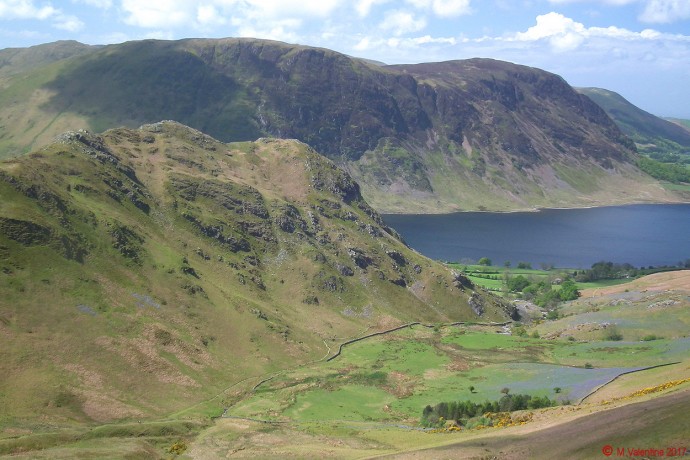 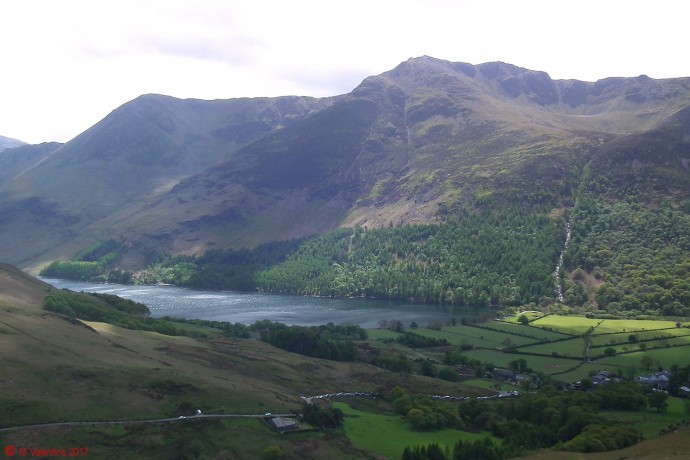 Looking back to Grasmoor, first summit of the day, from Low Bank ridge on the way across to Rannerdale Knotts: - 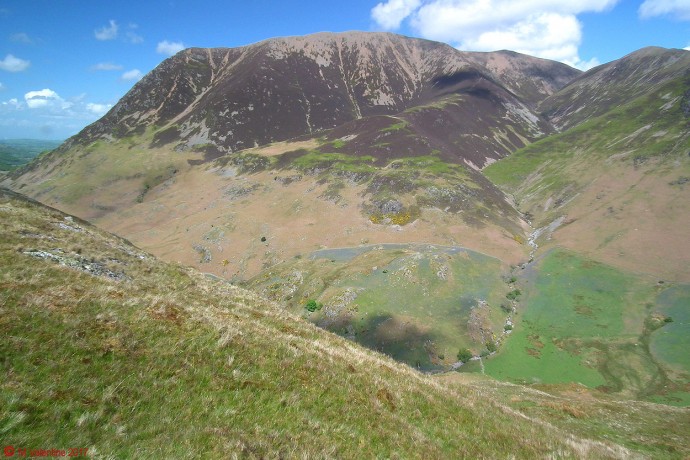 Fleetwith Pike, and the Warnscale area, as seen on the approach to Rannerdale Knotts summit: - 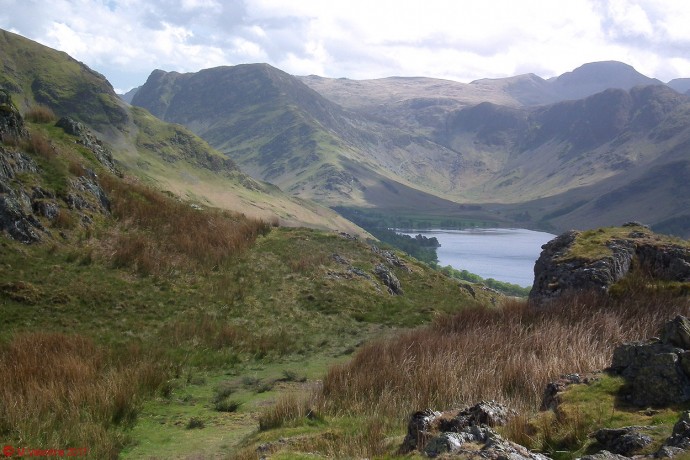 Looking towards High Stile, and some of the impressive rock architecture at the summit of Rannerdale Knotts: - 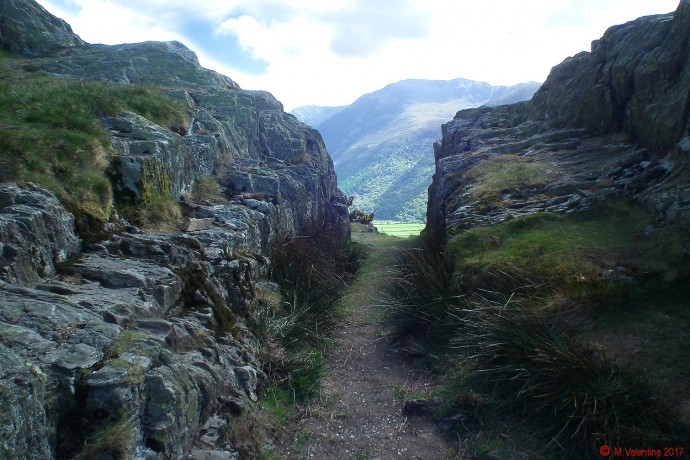 Gateway to the bluebells!- from the footpath beside Rannerdale Farm: - 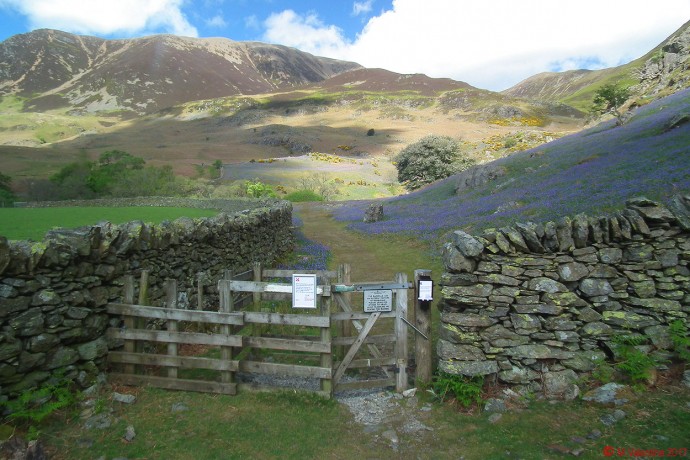 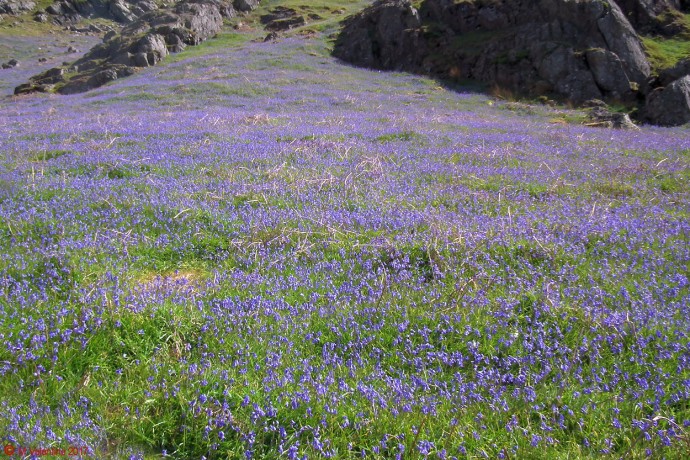 Looking up the High Rannerdale valley, (Rannerdale Knotts to the right hand side of shot), with gorse in full bloom, and bluebells carpeting the valley floor: - 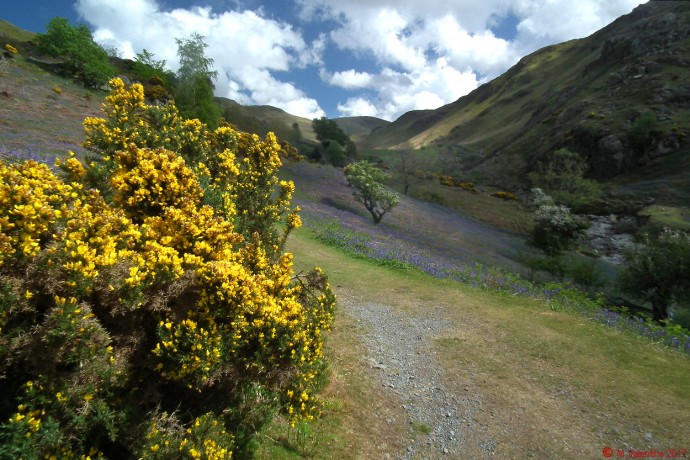 Yet more bluebells! - (Just a shame that the foxglove growing from the tree trunk wasn't yet in bloom!): - 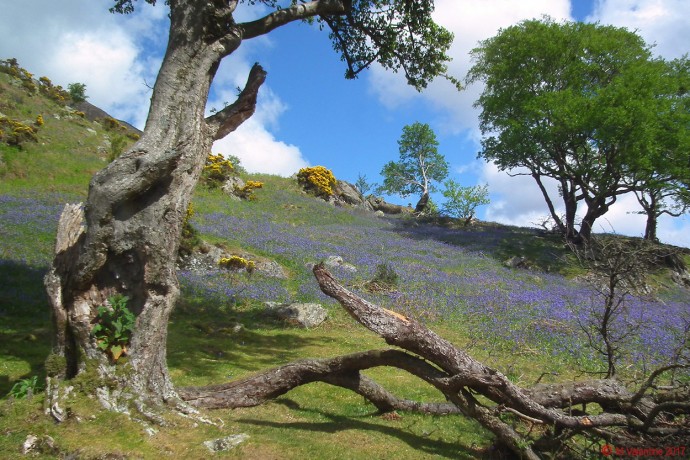 Some of the stars of the show, taking their bow: - 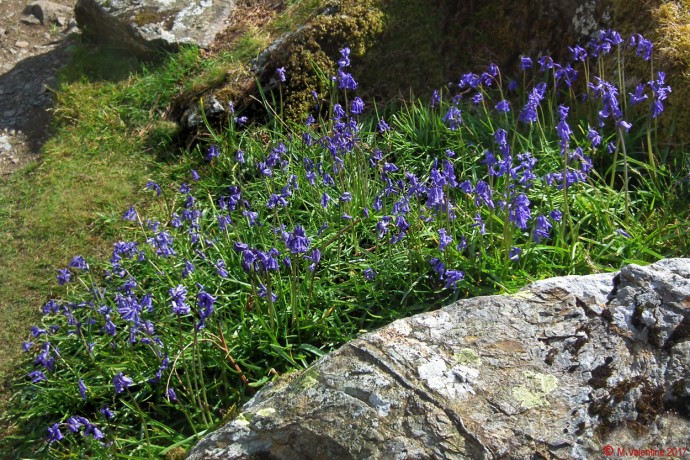 A last look back at Rannerdale Knotts: - 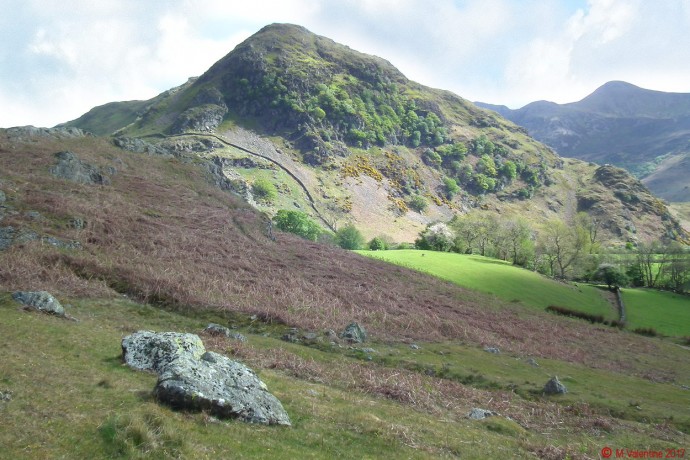 And a glorious view across Crummock Water on the final stroll back to the car: - 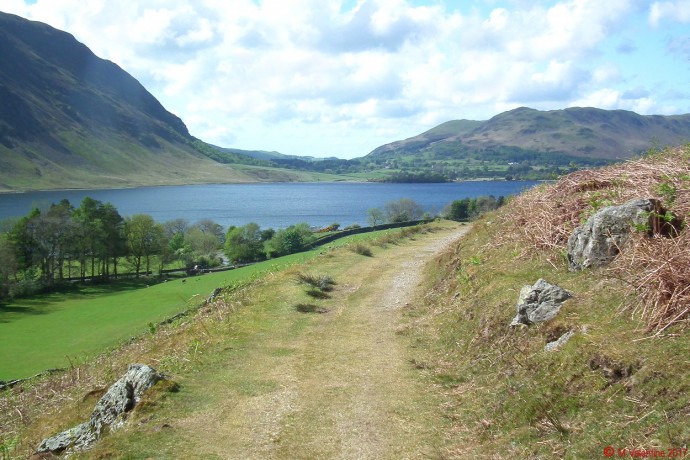 Jandy and 2 others like this post
permalink
WalkLakes recognises that hill walking, or walking in the mountains, is an activity with a danger of personal injury or death.
Participants in these activities should be aware of and accept these risks and be responsible for their own actions.