This walk was the first of four big walks for my 2017 Lakes holiday I'd delayed going up a few days because of poor weather forecasts but it was then go or not but ended up with good weather. When I plotted this walk it had a 5h 57m Nasmith time. For some reason it's only offering me Fleetwith Pike as tops climbed but the main peaks were Red Pike, High Stile, High Crag, Haystacks then Fleetwith Pike in order.

With an early start I was the first car into the parking at Gatesgarth. With proper rain falling it was then boot & suit up before getting under way, the cloud was just down over the tops of the high peaks at this time, but by halfway along Buttermere it had stopped raining and shortly thereafter I stopped to disrobe the rain gear. I did a bit of a loop over the bridges to take the odd pic of the cascades of Sour milk gill. It was then on angling up over the wet ground & passing the 3 holly trees to reach Scale Force & with the heavy rain the previous few days there was a good amount of water coming over it (pic 1). 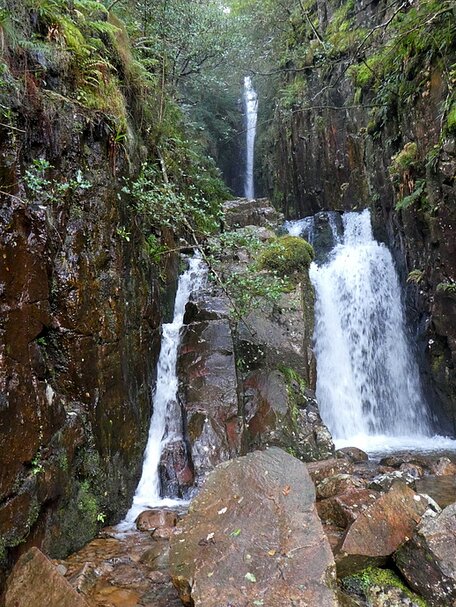 I then continued on with the plan of forking off the near beck path to ascend to Red Pike via Lincombe edge but the sound of another fall ahead drew me on before I backtracked to regain my original route, but note the path off is very minor & could be confused for a sheep track. The ascent via Lincombe edge may be harder but it does give good views out over Buttermere, Crummock Water & across to the Grasmoor range (my target for day 4) alll the way up. Although at this stage Grassmoor et al were still decapitated by cloud. (pic 2) 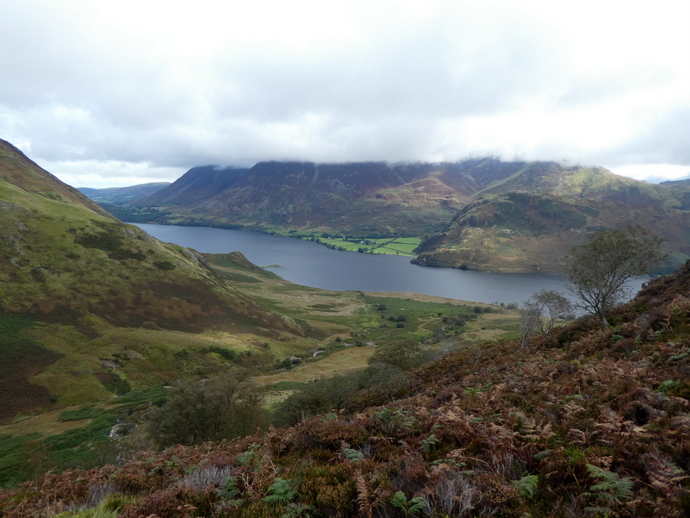 Having reached the summit of Red Pike, the cloud was drifting in & out so there were good views at times of the whole of Crummock water below & although a bit murky things further afield (pic 3), but the weather was clearing from the NW so that direction gave better views. Mellbreak is the hill drawing ones attention on the left. 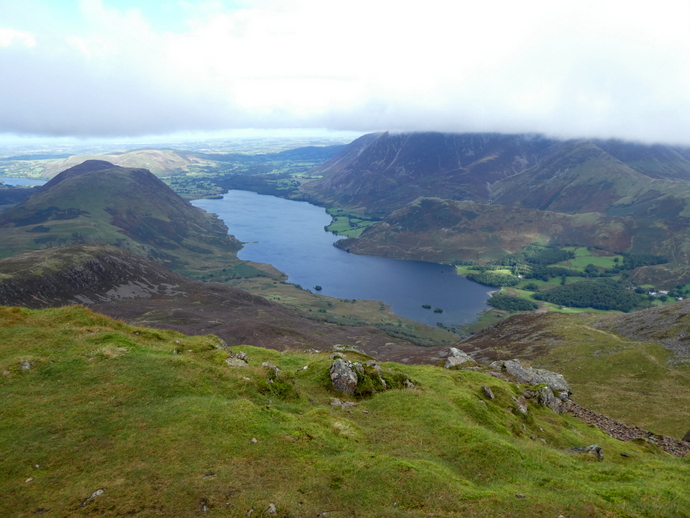 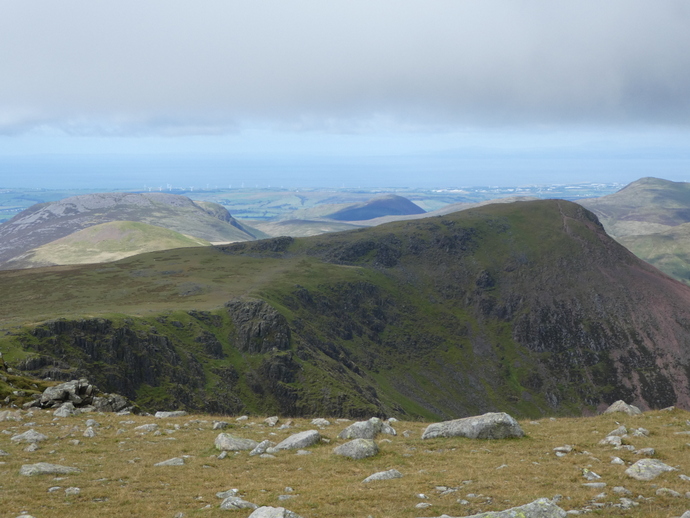 Goat Crags dropping down to Buttermere but hidden by the boulder & Robinson left a bit. Taken halfway along the ridge between High Stile & High Crag (pic 5) 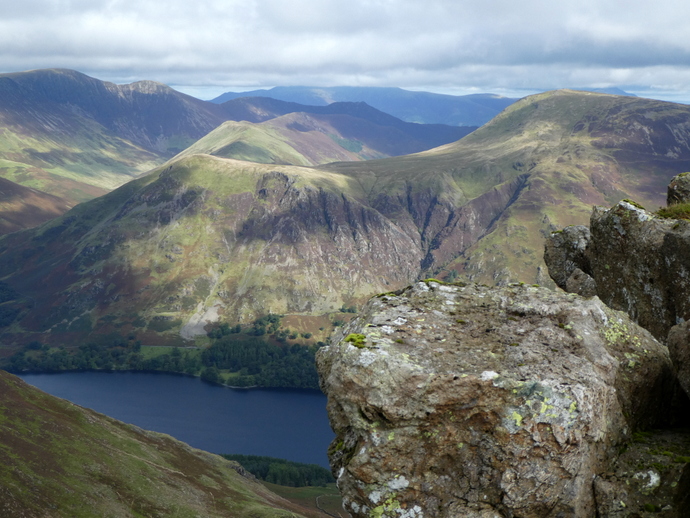 From the summit of High Crag came this view of the headwaters of the River Liza coming down into Ennerdale almost from Windy Gap with the Dome of Great Gable centre & Kirk Fell to the left.(pic 6) & Ennerdale Water (pic 7). 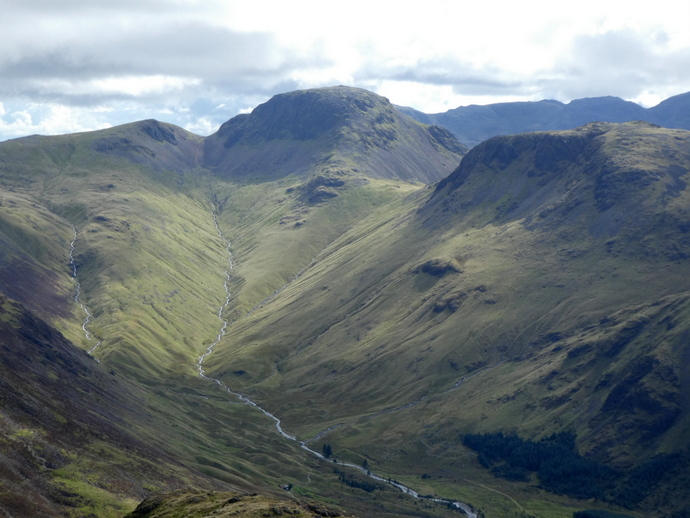 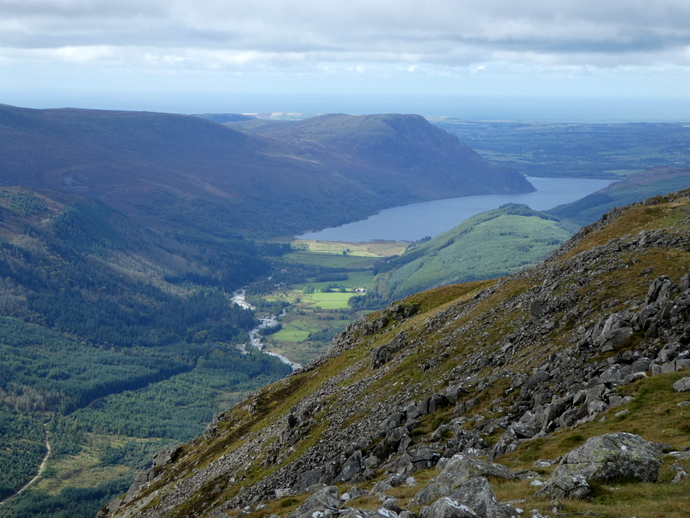 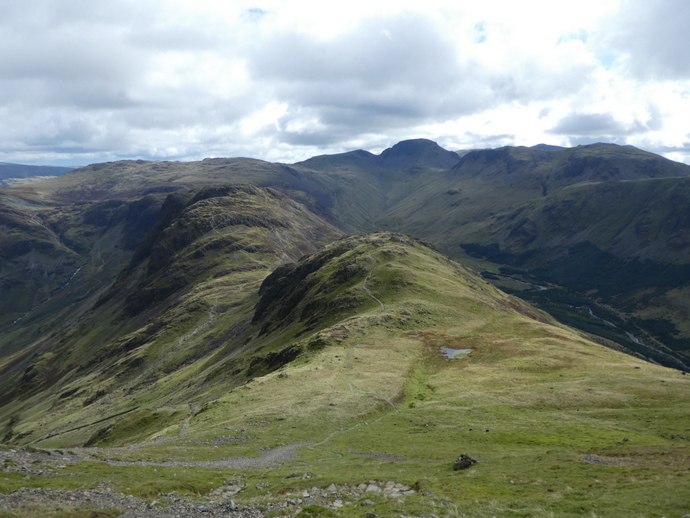 The cloud had also lifted by this time to give patches of sun and clearer views although still a haze for distant views but then I bet it's rare to get crystal clear distance ones. The cloud dissipation was helped by a stiff breeze but that did give a chill to the air whilst walking along the ridge line.

From the same spot but angled round right to left we get Haystacks, Fleetwith Pike & Dale Head.(pic 9) 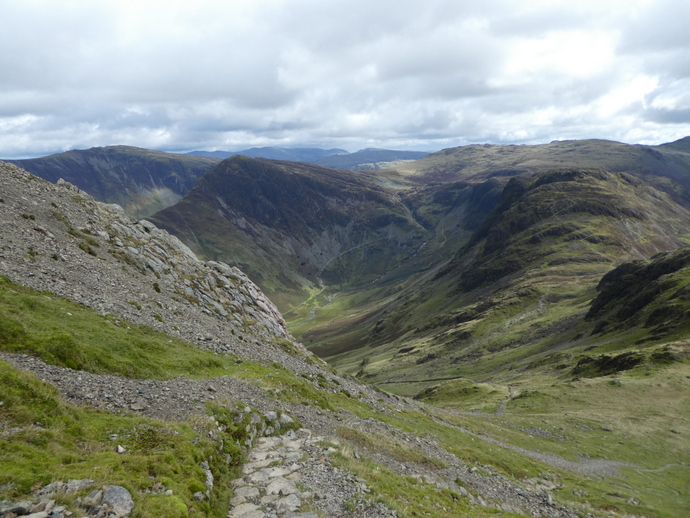 Still in the same place a closer up view of Seat & Haystacks, if you think it's not to hard a walk don't be fooled, look at the contours on a map as it's actually quiet a long scramble in total up numerous steps to the top the way I went. (pic 10) 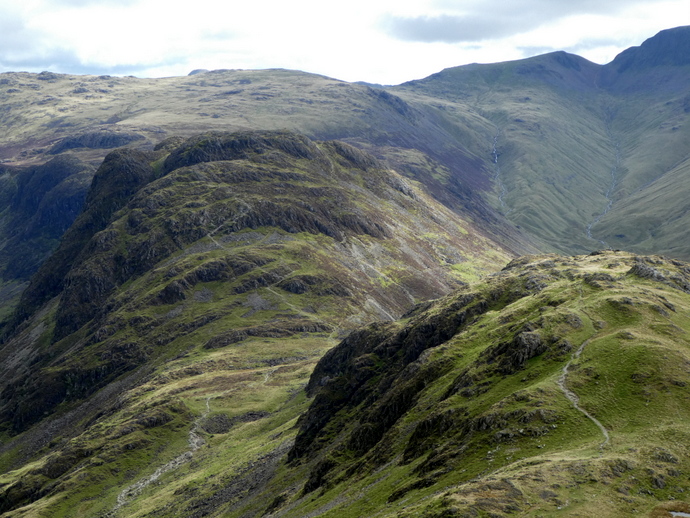 The col of Dubs bottom & Honister quarries which were my destinations after Haystacks as a means of access to the peak of Fleetwith Pike filling the centre of the pic, this was taken on the level bit of ground between High Crag & Seat. (pic 11) 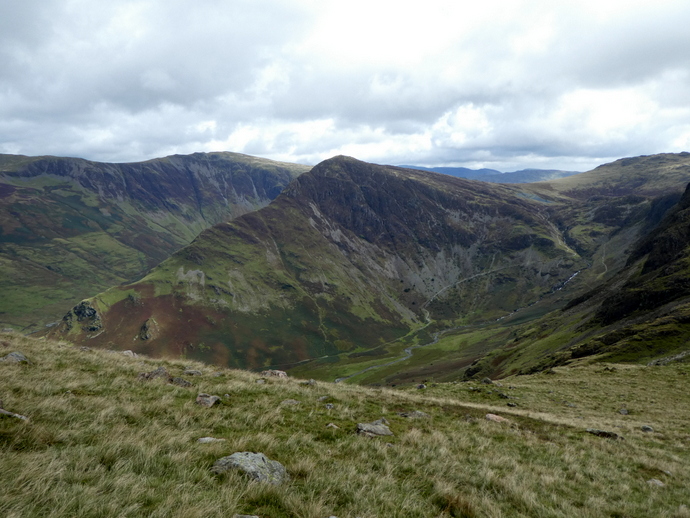 Those who've been up in the fells have seen them & AW refers to them a lot but here's a nice example of those iron fence posts. (pic 12) 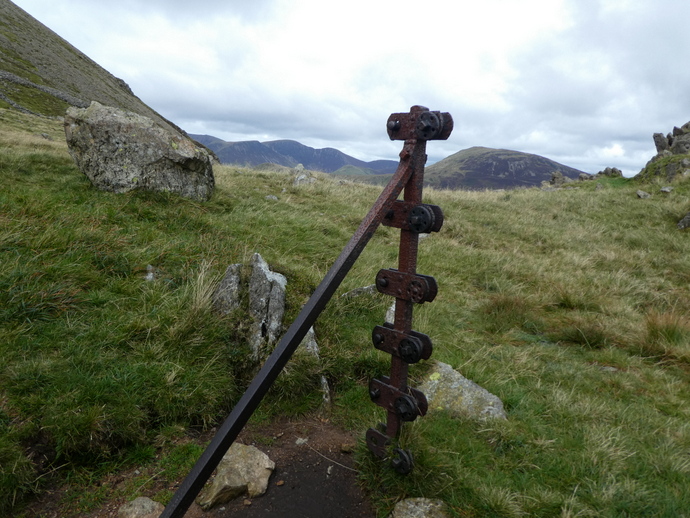 Looking back at High Crag from Seat's little summit, (pic 13) reveals that there was no easy way down and the path was very step with shale under foot, such that even sure footed me found my feet sliding on occasion & only a backward hand saved a bum landing. 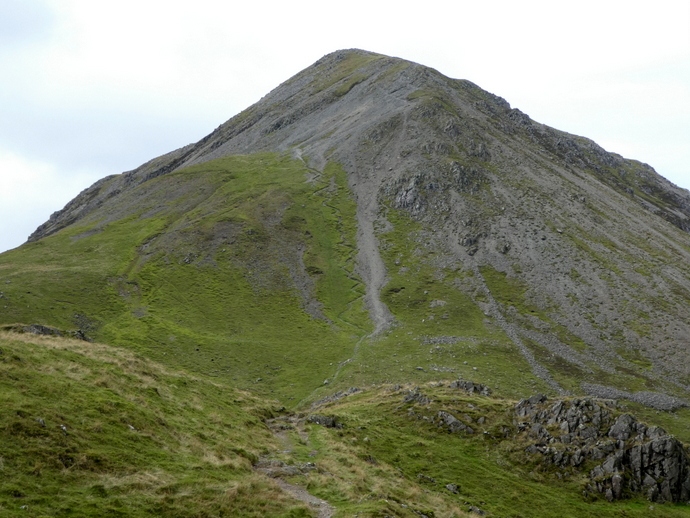 A panoramic view round from Grasmoor's bulk in the distance left, Fleetwith Pike centre, Haystacks protruding middle distance & the distant dome of Great Gable right (pic 14) forgive the starry effect but I thought it to good a shoot to exclude for that. Taken near the boundary post on Seat.

Halfway up Haystacks now looking over Ennerdale to Pillar (pic 15) 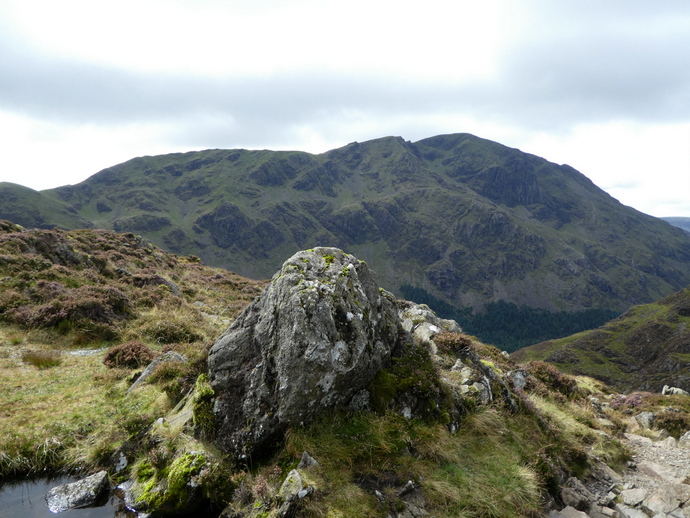 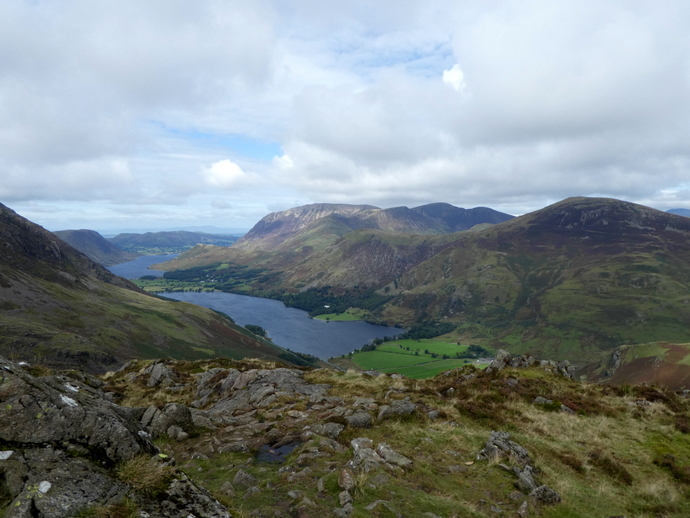 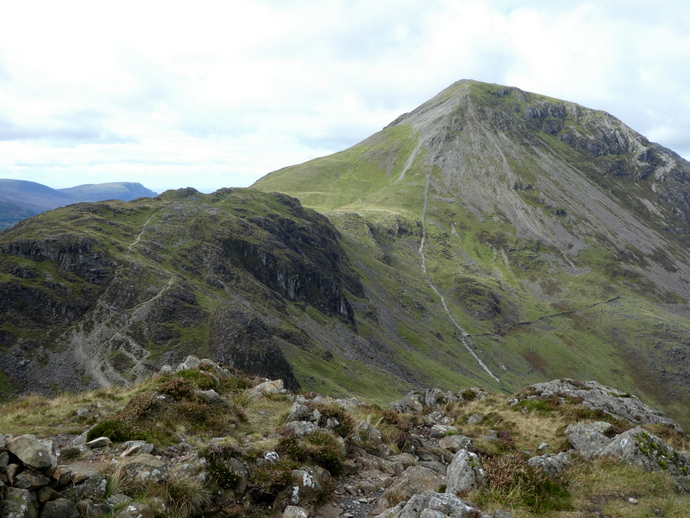 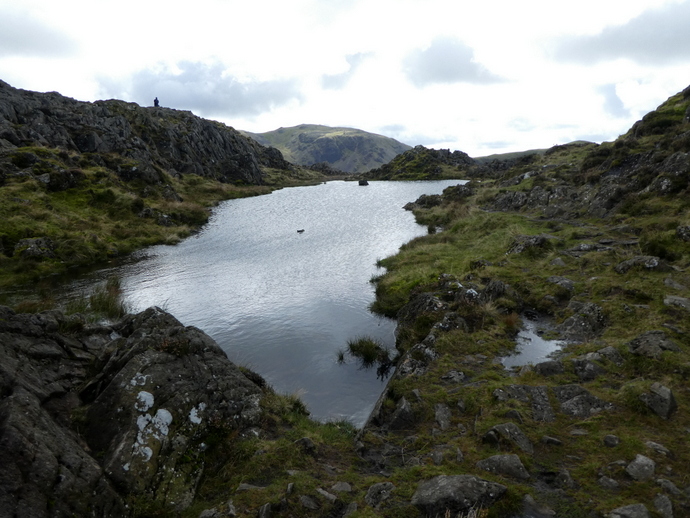 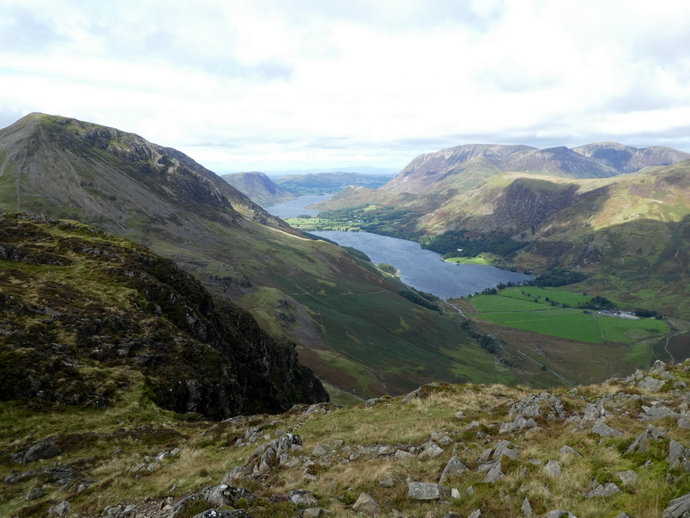 Approaching & nearly there Innominate Tarn (pic 21 & pic 22) where I stopped a minute and gave a little salute to AW for all his work. 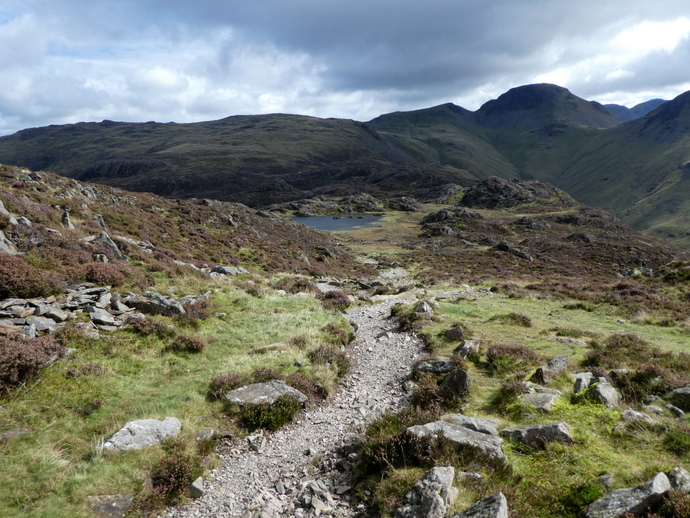 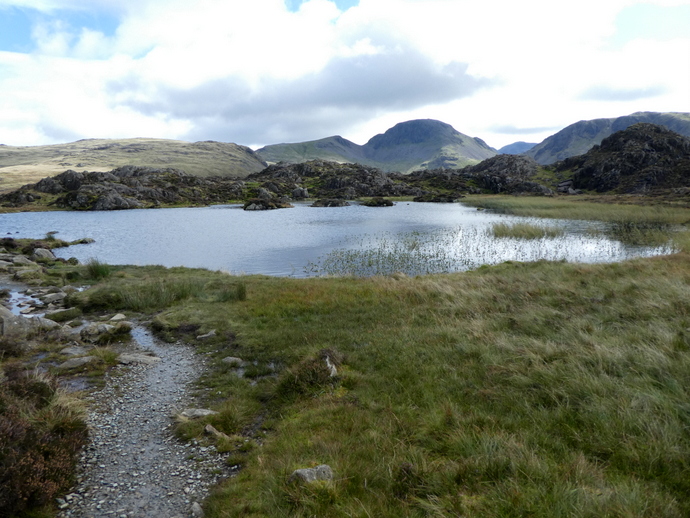 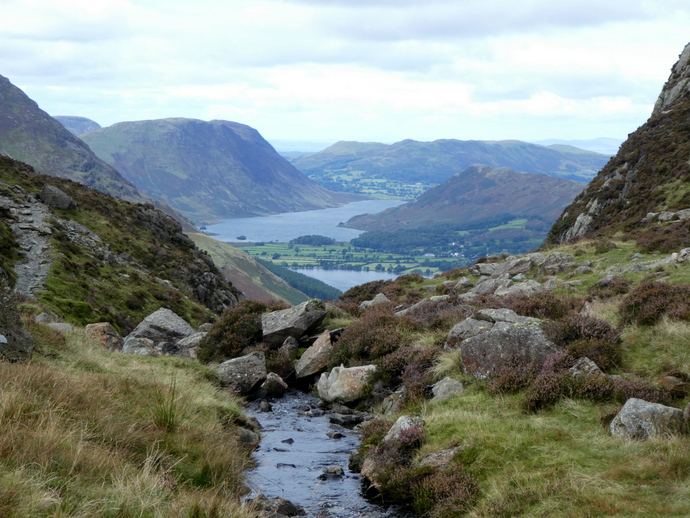 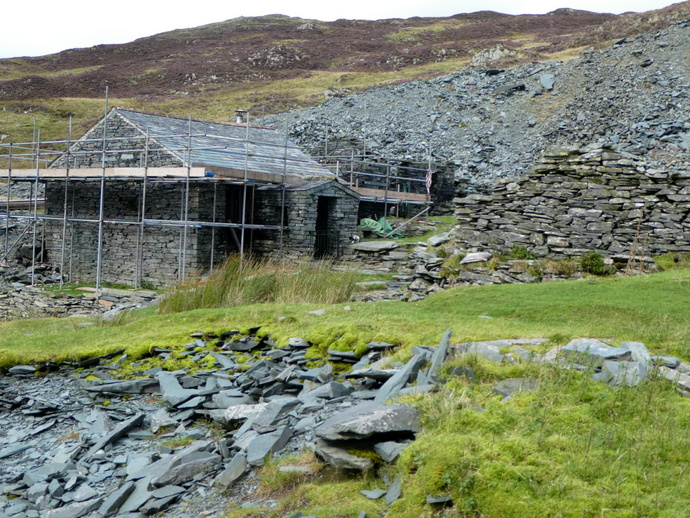 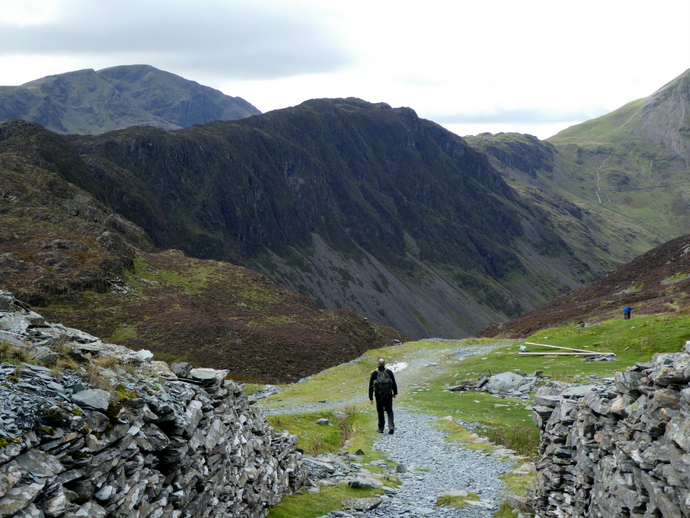 From Dubs Quarry it was easy going until I started up the slope above Honister Quarries to Black Star on Fleetwith Pike to get the view there of down into Honister Pass with Hindscarth & Litterdale Edges forming the other side (pic 26) and harder again along the edge to Fleetwith Pikes summit (pic 27). 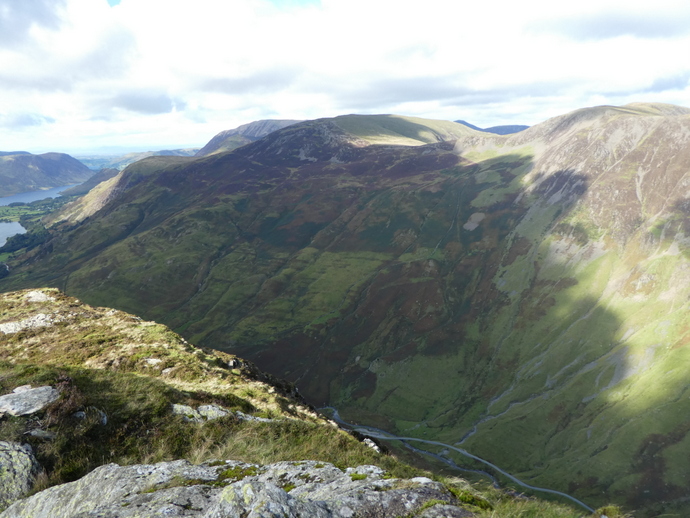 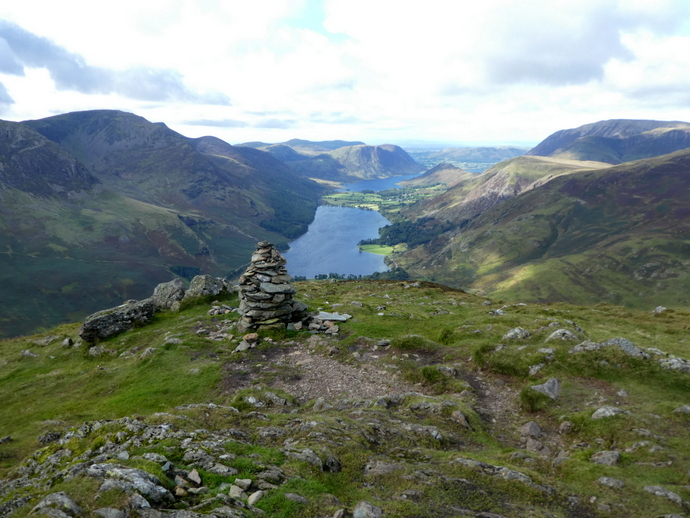 It doesn't look as steep in the pic (pic 28), probably pic 11 gives a better representation, but the edge down from the summit of Fleetwith Pike to Gatesgarth is steep & after the big walk was tiring on the legs but the views were good and it was satisyfing to look back at it and know you've done it, I didn't visit the Fanny Mercer memorial - the white cross in the centre of the pic as it was off the path I was on and although I knew it was somewhere around where I was going at that stage I didn't want the extra effort to find it. 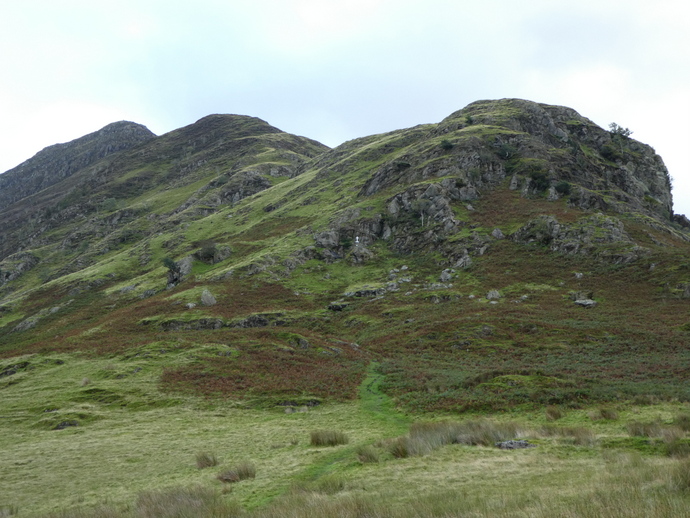 All in all a very satisfying walk for me with good weather & views throughout.