Friday 27th October was forecast to be a sunny day with light winds, so I headed to the Lake District for another walk on the tops. I hadn't done Sergeant Man for quite a few years, and had never explored along Blea Rigg. So, with the addition of Pavey Ark - High Raise, etc., that was my plan. - The weather was superb all day, and with autumn colours everywhere around, it was a spectacular day to be out on the fells.

I started the walk at the National Trust Stickle Ghyll carpark beside the Stickle Barn Pub, and an hour later, after the always laborious pull up Stickle Ghyll, I was enjoying the views of Harrison Stickle and Pavey Ark across Stickle Tarn.

With the weather being so good, it would have been almost a crime not to have another scramble up Jack's Rake, so I headed around the tarn and up the short scree slope to the foot of the rake. The rake itself was mostly straightforward, but with the amount of rain we've had recently, there was still quite a lot of run-off trickling down at various points, making hand & footholds on several short sections pretty slippery. At the top of the rake, it's just a stone's throw to Pavey Ark's summit. Once there, I had a short rest and a bite to eat, just enjoying the views.

From Pavey Ark, it was onwards to Thunacar Knott and then High Raise, before heading across to Sergeant Man. The visibility all around was stunning, but I could see that quite a lot of cloud was now drifting across the western skyline. The Scafells and Great Gable quickly became enveloped in clag. Luckily, that cloud didn't move eastwards, and my walk continued under gloriously sunny skies.

From Sergeant Man, I strolled across to Codale Head, and then meandered towards Blea Rigg, exploring a few nooks and crannies and looking for photo opportunities. Blea Rigg offers good views down to Codale and Easedale Tarns, Belles Knott and Eagle Crag. However, the entire top is liberally scattered with boggy ground, which required rather circuitous walking on more than one occasion, in order not to get very wet feet!

Because of the boggy nature of the area, I had decided to keep to the highest ground wherever possible, and so took in the subsidiary tops of Great Castle How and Little Castle How, before beginning my descent back to valley level (via the flanks of Raw Pike). The start of the path back down to Langdale Valley was very indistinct and not easy to find, but once found led without difficulty down the fellside, coming out at Pye Howe, and leaving a short but pleasant road walk back to the carpark. - Another great day out in the Lakes!

Sunrise on the Langdale Pikes, with a light carpet of mist lying in the Elterwater valley: - 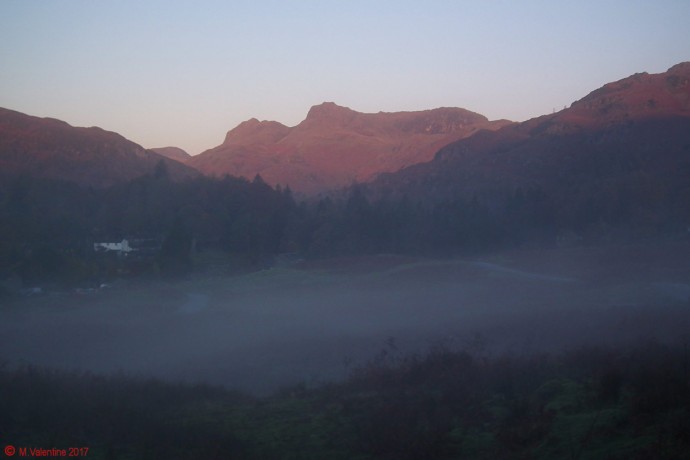 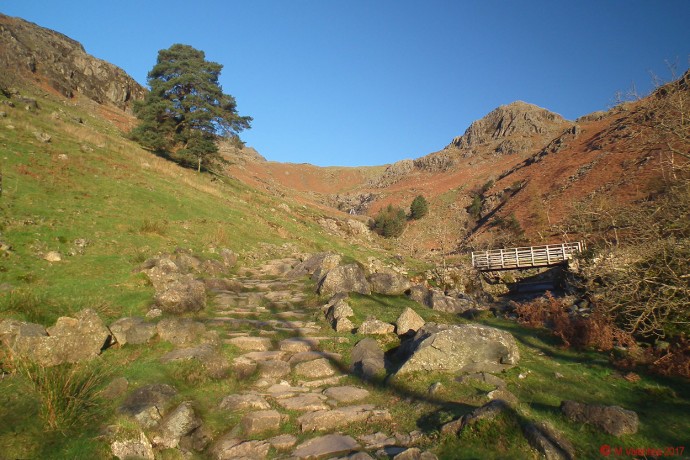 The waterfalls in Stickle Ghyll: - 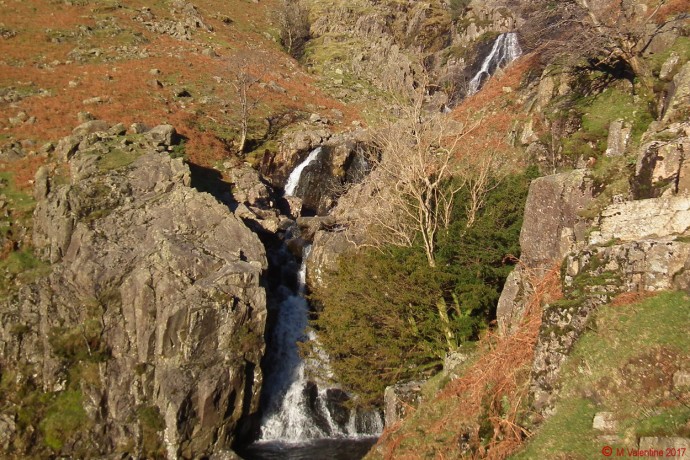 Looking down to Stickle Tarn from Jack's Rake, with Part of the Fairfield Horseshoe on the horizon: - The Helvellyn Range, (and part of the Fairfield group), as seen from Pavey Ark summit: - Looking across the Allen Crags - Glaramara ridgeline to Great Gable and Green Gable, (with Kirk Fell just poking out beyond), as seen when approaching High Raise from Thunacar Knott: - Looking towards Esk Hause, with Esk Pike, Great End, etc. in shot. (From between Thunacar Knott and High Raise): - Looking back to Sergeant Man from Codale Head. - Lots of cloud now drifting in over the western skyline: - Looking across to the Helvellyn range from Codale Head: - Looking towards Grasmere from the flanks of Codale Head. - The top of Belles Knott can be seen just right of centre shot: - Codale and Easedale Tarns, (with the Fairfield range on the horizon), as seen from the path between Sergeant Man and Blea Rigg, - Again, Belles Knott can be seen, here, just at the left hand side of Easedale Tarn: - Looking back to Harrison Stickle and Pavey Ark from the Blea Rigg plateau: - 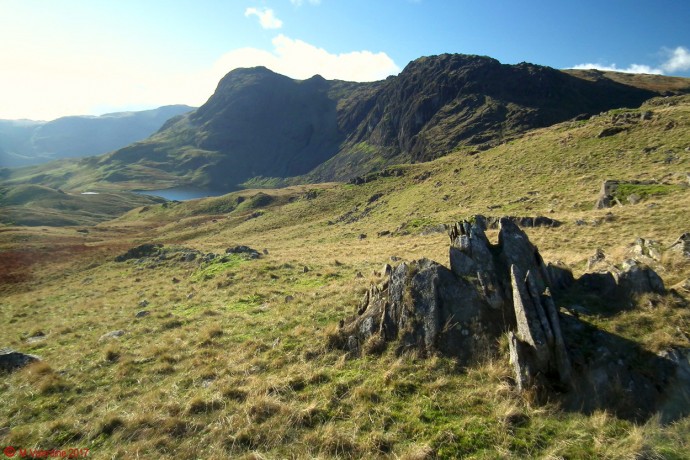 The Langdale Valley, as seen from the flanks of Raw Pike on my descent to valley level: - Ewe lookin' at me? Harrison Stickle dominating the view. - Seen on the final walk along the valley road back to the car-park: -

The New Dungeon Ghyll Hotel with Langdale Pikes beyond: -