According to the mountain weather forecast, Wednesday 28th December was to be a sunny day in the Lake District with moderate to fresh winds, so my sister and I decided to visit Aira Force and Gowbarrow Fell as a nice short walk to round the year off.

Following the very mild weather seen in mid-December, temperatures had dropped considerably during the past week or so, and a good covering of snow was once more to be seen on all of the higher fells. The snowline was at about the 1400ft level, but much of the ground underfoot, and certainly all of the paths were iced up from about the 800ft. level. (Micro-spikes needed on certain sections near the summit).

We parked up at the main Aira Force car-park, (National Trust), and walked through the woods on the easterly side of Aira Beck to the waterfalls. After visiting Aira Force, various smaller cascades, and then High Force, we continued alongside the beck to the point where the path turns eastwards following a dry stone wall, and begins the steeper part of the ascent of Gowbarrow Fell.

Although we didn't reach sufficient altitude on this walk to be fully above the snowline, there was a thin cover of snow on Gowbarrow Fell's summit plateau. The ground all around was completely frozen solid from about 800ft. up, with plenty of stretches of water ice and compacted snow-ice on paths above that height. - (Exceptionall breezy, with a very pronounced wind chill factor at the summit!).

After taking a few photographs at the top, (the actual summit of Gowbarrow Fell is named Airy Crag), we descended eastwards, then in a southerly direction towards Collier Hagg and Yew Crag view-point, before turning westwards for the final part of the descent back to the car-park. 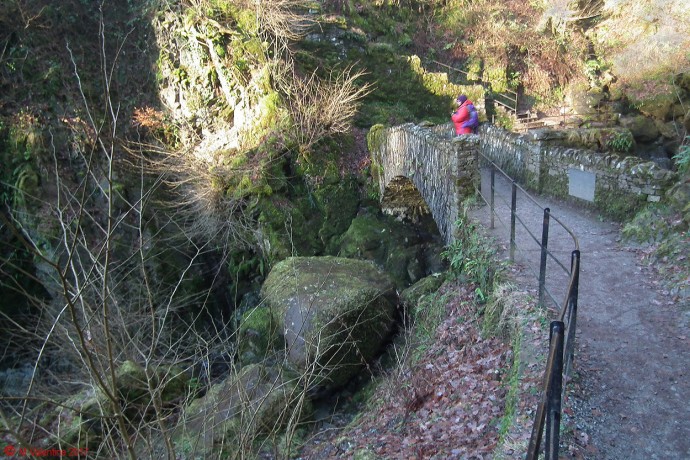 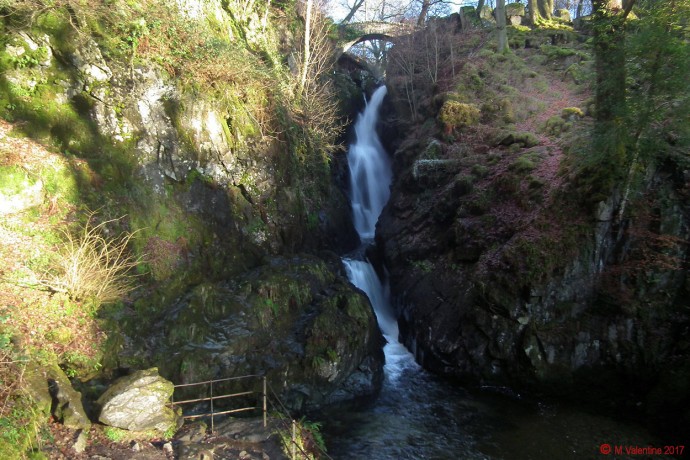 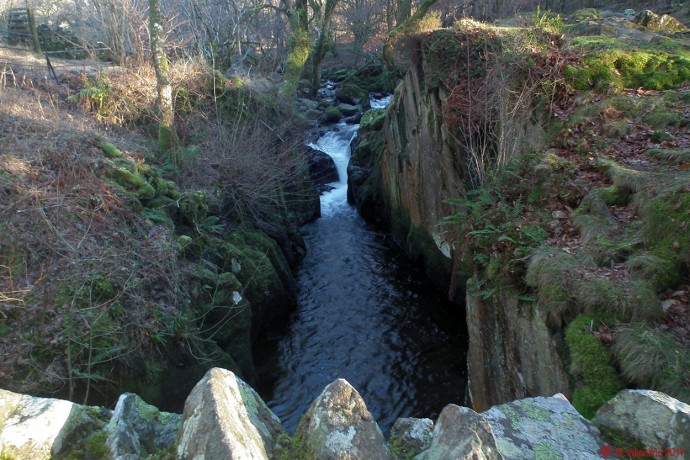 Looking down onto Aira Force from the upper bridge: - 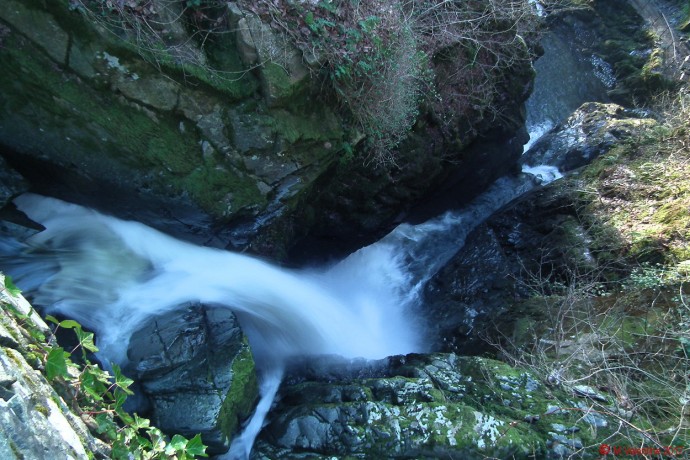 Some of the smaller cascades above Aira Force: - 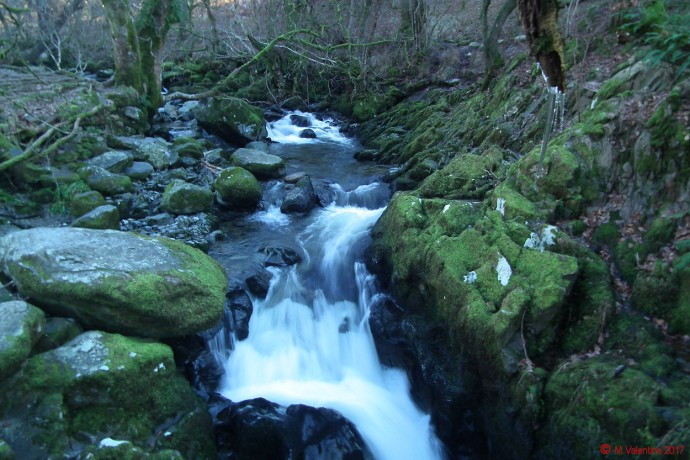 One of several bridges across Aira beck, between Aira Force and High Force waterfalls: - 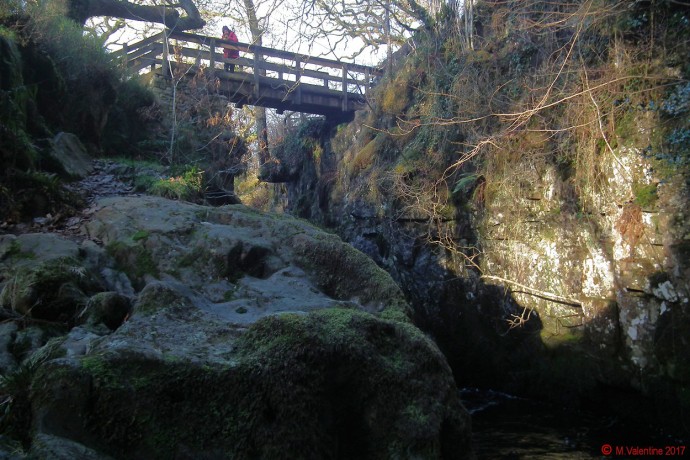 Another of the smaller cascades in Aira Beck: - 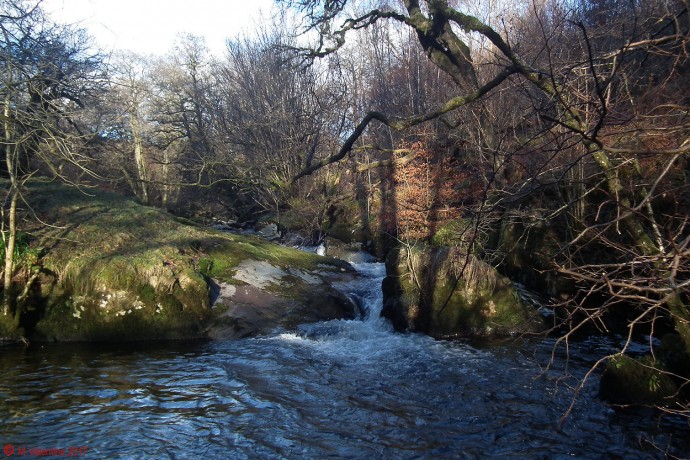 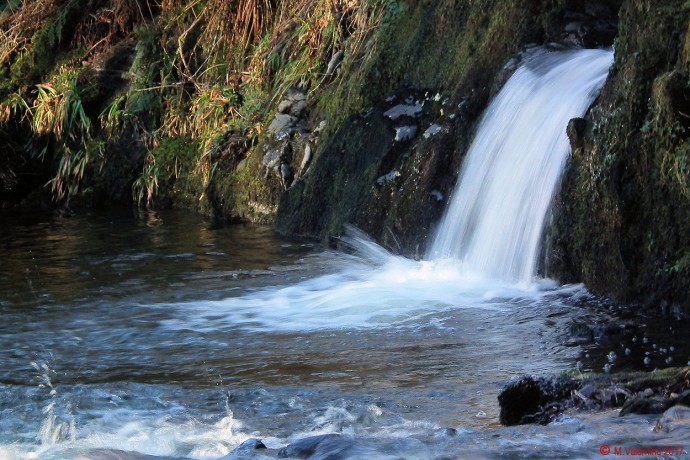 Looking towards the Helvellyn range from the lower flanks of Gowbarrow Fell: - 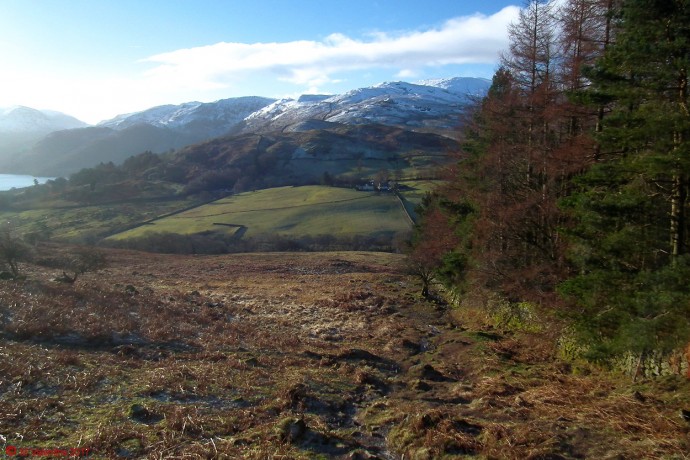 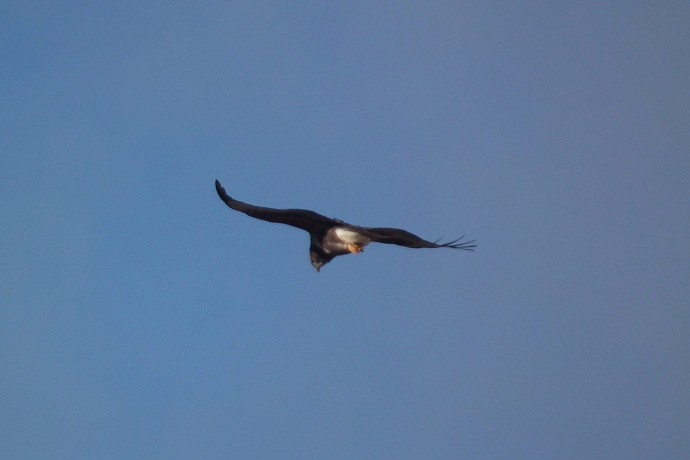 Looking towards a snow covered Blencathra from the flanks of Gowbarrow Fell: - 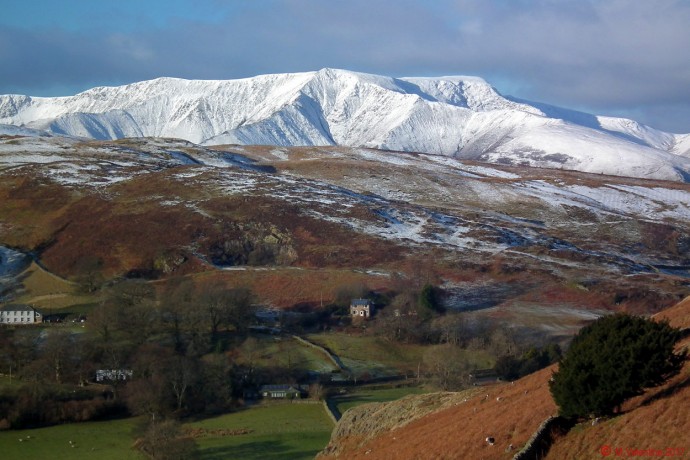 A wider view of Blencathra, from Gowbarrow Fell: - 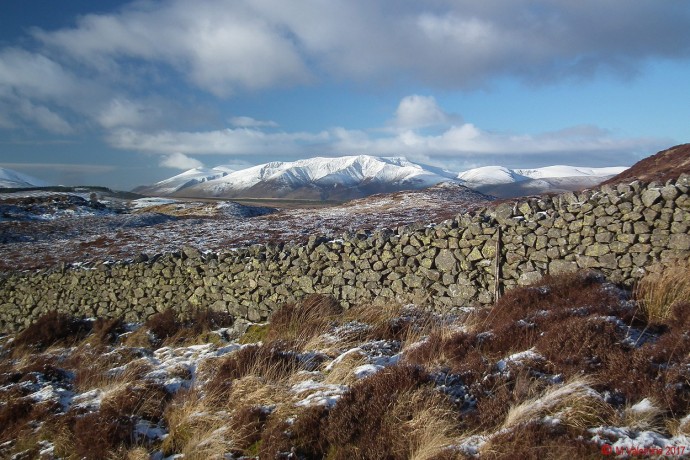 Almost at the top, and Blencathra still dominates the view: - 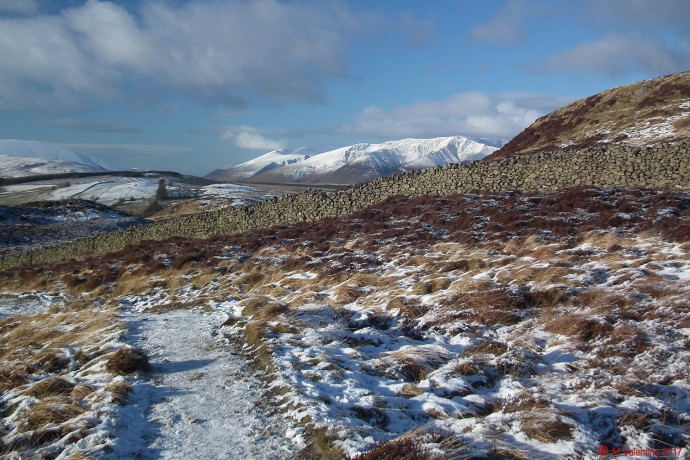 Looking north-eastwards from Airy Crag, with Little Mell Fell being seen above the triangulation pillar: - 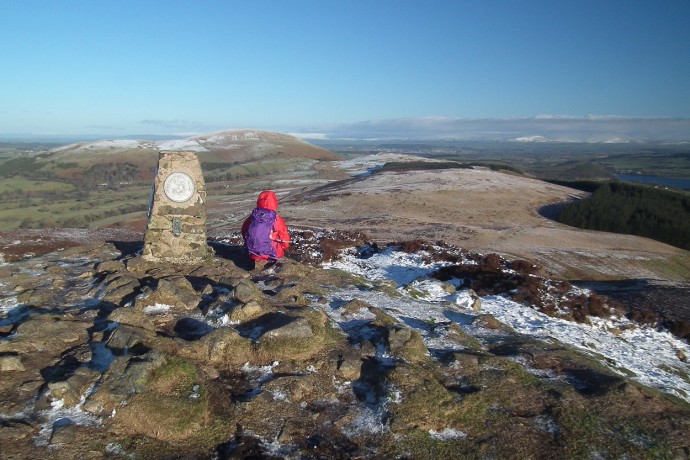 Looking across Ullswater to Bonscale Pike. (From south-easterly flanks of Gowbarrow Fell): - 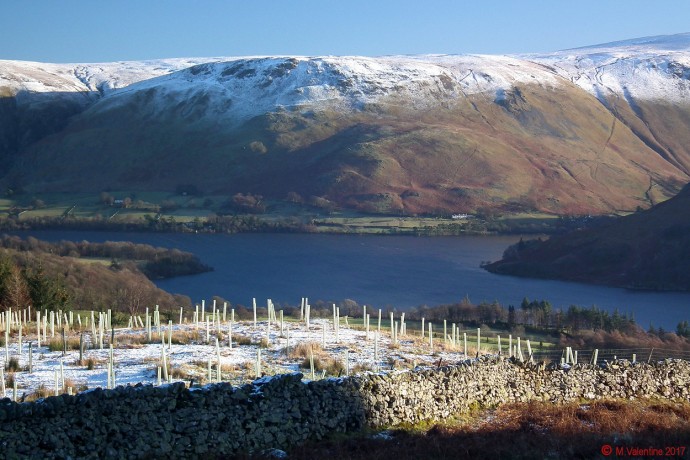 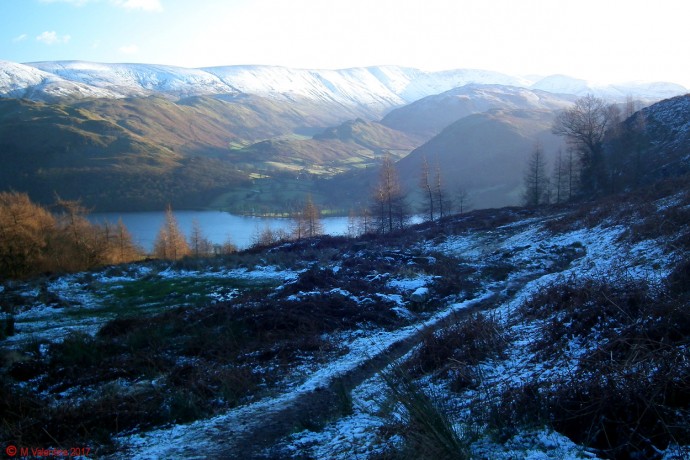 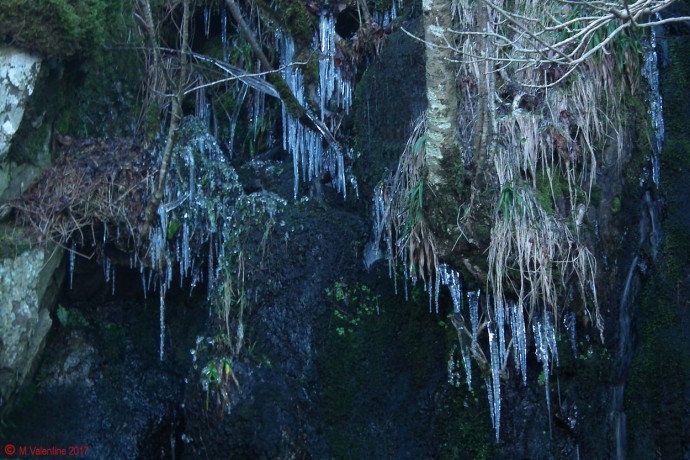 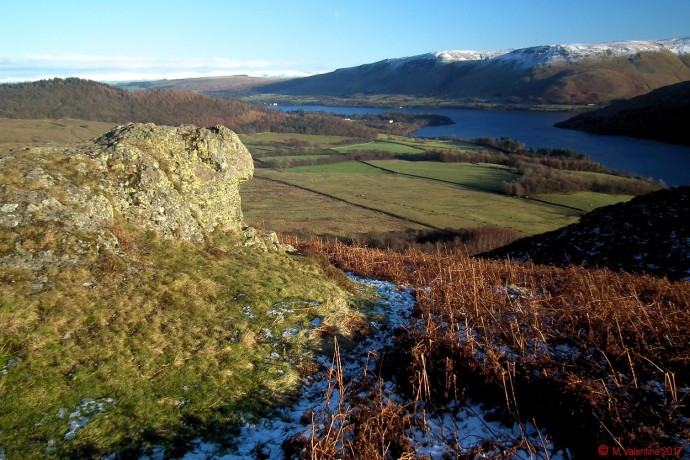 The view along Ullswater, from the Yew Crag view-point: - 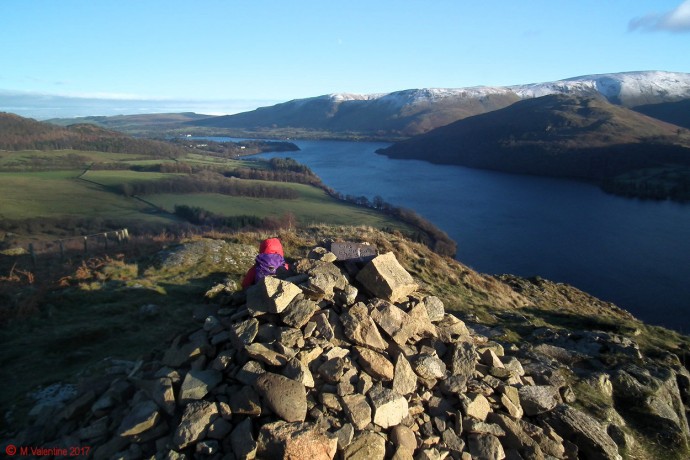 Fabulous weather but I don't like the look of the glassy paths higher up - that would be me on my back - arms windmilling and a cracked skull ... probably first ever flight in a helicopter - in fact first ever flight at all and I would be cross-eyed on my back with a neck brace on unable to see anything at all!!!! All I can do is follow your walks Mike vicariously on here! Keep at it my friend .... Regards Pauline