A Long Coledale Horseshoe - A longer version of walk 119

This is walk 119 – The Coledale Horseshoe but the more meandering version as Beth calls it,

Having got up early on day 1 of my camping & walking holiday, it was no nice & easy first day to loosen up, just jump straight in to big walks. Parking near the little Orthodox Church in Braithwaite I was off walking by 8.15am. It was a fully cloudy start with a bit of cloud hanging on the higher tops but as the day went on the cloud in the sky broke up & dispersed mostly leaving more & more blue which which improved the clarity of the distant views, although that did mean the temps did rise to get a bit warm.

The early start & cloud gave some coolness thankfully for the haul up to Grisedale Pike where unlike Beth's comment that it's always been in mist when she'd been, I had clear views. In terms of path quality, it was a bit muddy in the woods near Braithwaite but out onto the fells the paths are pretty distinct from being well trodden & engineered in places and were dry. The exceptions were my route up Grassmoor, less troden and indistinct in places & the section joining the the main Causy Pike & Outerside paths reasonably well trodden but with it's own type of distinctiveness, this being a bit of peaty softness & wetness. The other thing to add is that the stile at NY225236 in an old fence has been replaced by a gate.

My point of initial departure from the standard Coledale Horseshoe (as described in walk119) was on Coledale Hause where I headed out to Grassmoor, although I had been there in 2017 it had been in mist so I was after the views this time, which I got & then headed back onto route before angling up out a bit towards Eel Crag to see more of the Crags on the NE side of Crag Hill From Sale rather than forking off for Outerside I continued on over Scar Crags to Causy Pike before backtracking a bit & then curving down then up to Outerside, after which I deviated from the described route by heading on up to Stile End, rather than down all the way to Braithwaite, then dog legging across to Barrow then down its end to Braithwaite. it's also the last part of Walk 156 – A shorter Coledale Round from Outerside. 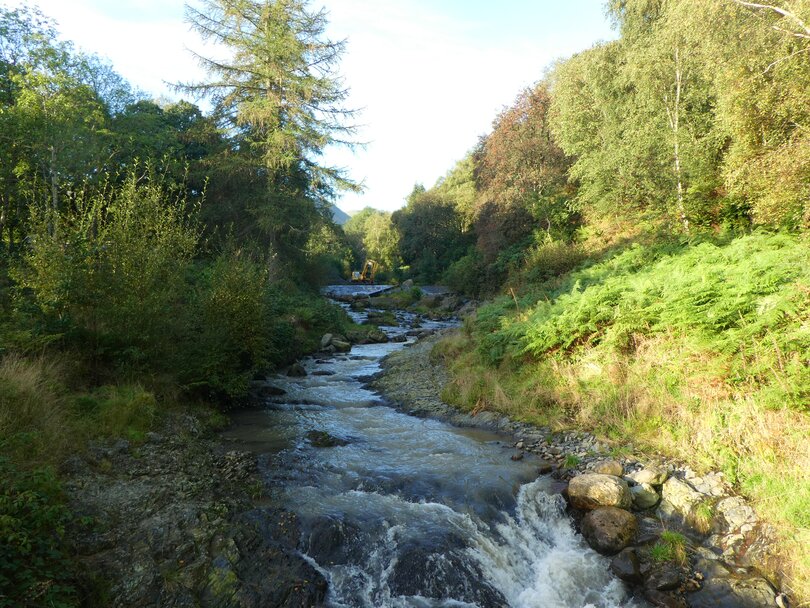 Coledale beck from the little footbridge near the church 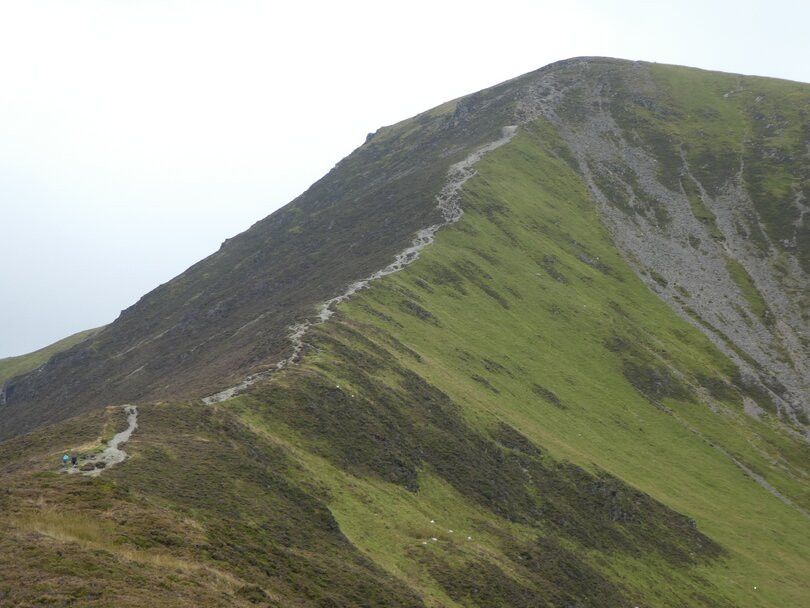 The haul up Grisedale Pike 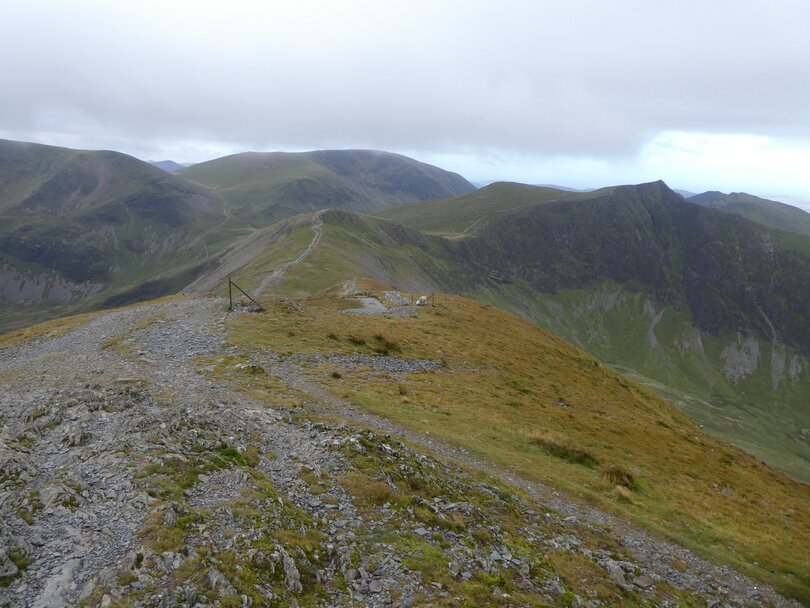 From the summit of Grisedale Pike with Hobcarton Crags on the right, the head of Coledale just showing on the right & Grassmoor showing between 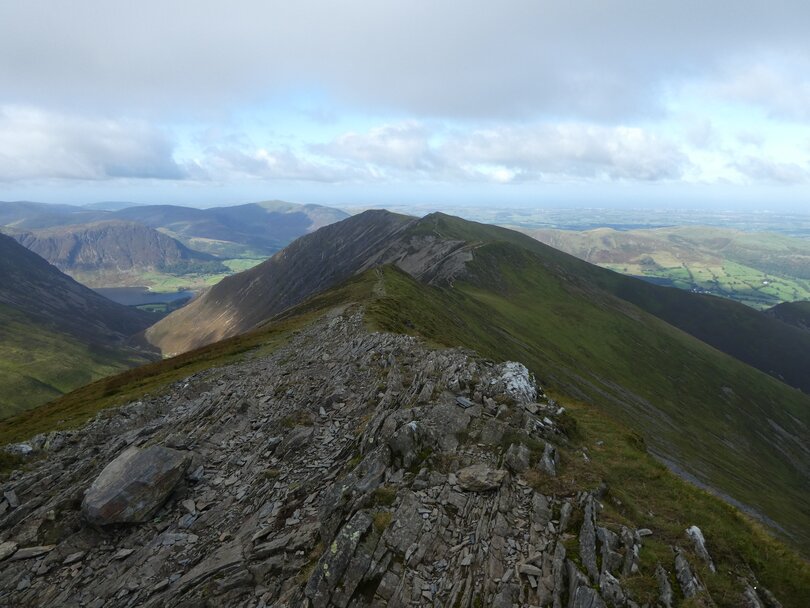 From Hopegill Head the ridge out to Whiteside, where I'd come up in 2017, with a touch of Crummock water showing 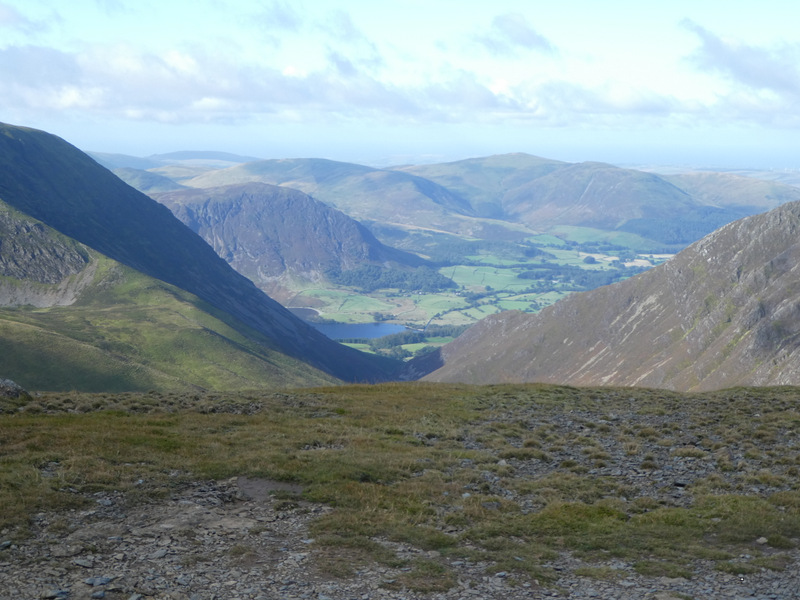 From Sandhill down Gassgale Gill to the outflow of Crummock Water, with Mellbreak & some of the other more northern peaks of the western fells showing 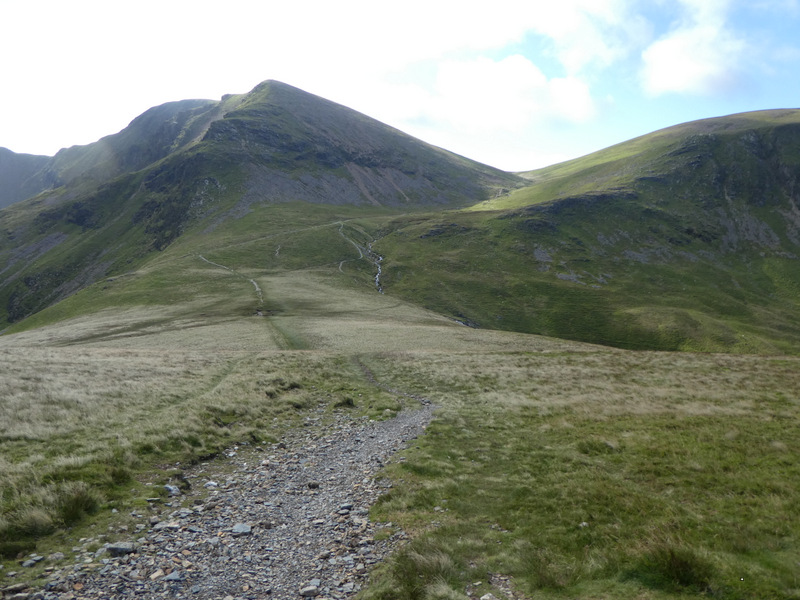 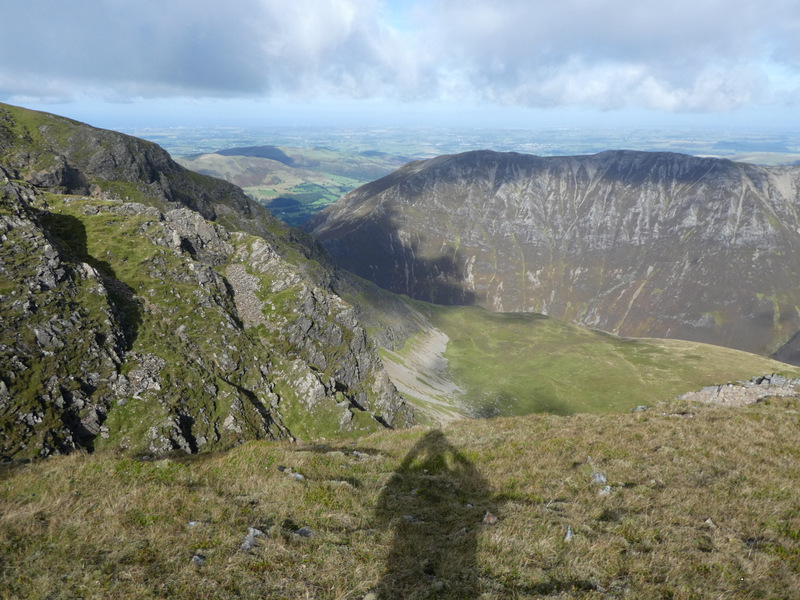 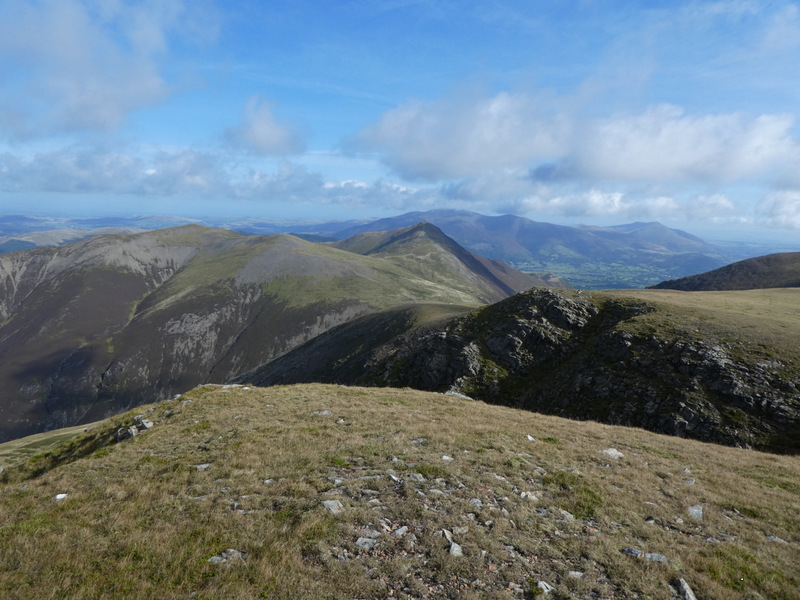 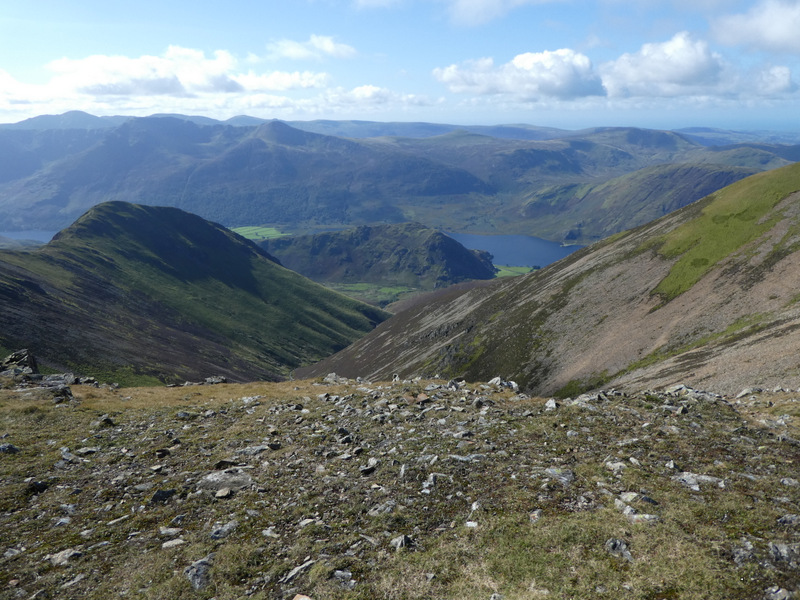 Descending Grassmoor to the major crossroads of paths before ascending Crag Hill, looking down Rannerdale Beck to Rannerdale Knotts with the High Style range heading off left the other side of Buttermere 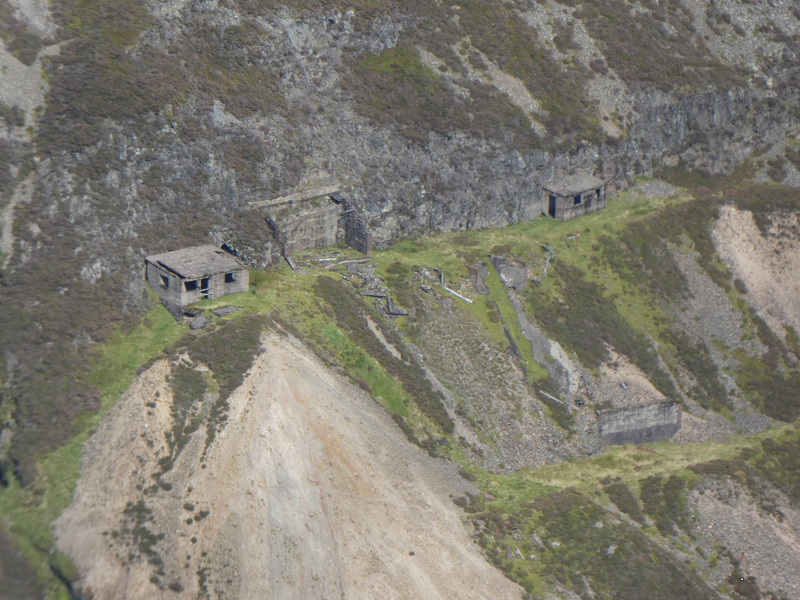 A couple of old buildings on one of the terraces of Force Crag Mine, from where I hit the top area of Crag Hill.

From a bit West of the summit of Crag Hill near, but not to near the crag top, the long view down Coledale with what I came up on the left & where I was going right 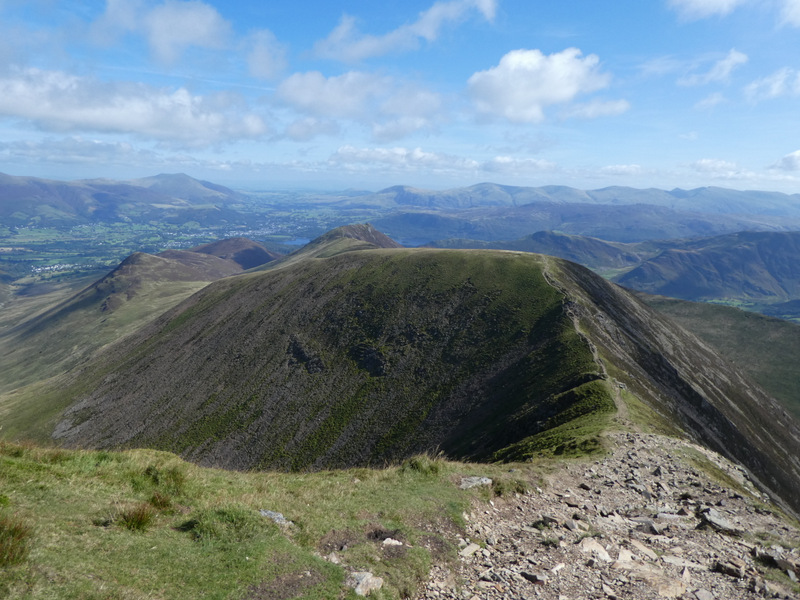 Starting the descent of Crag Hill, the sharp ridge to Sail, then more rounded to Causy Pike with Outerside left a bit of the ridge 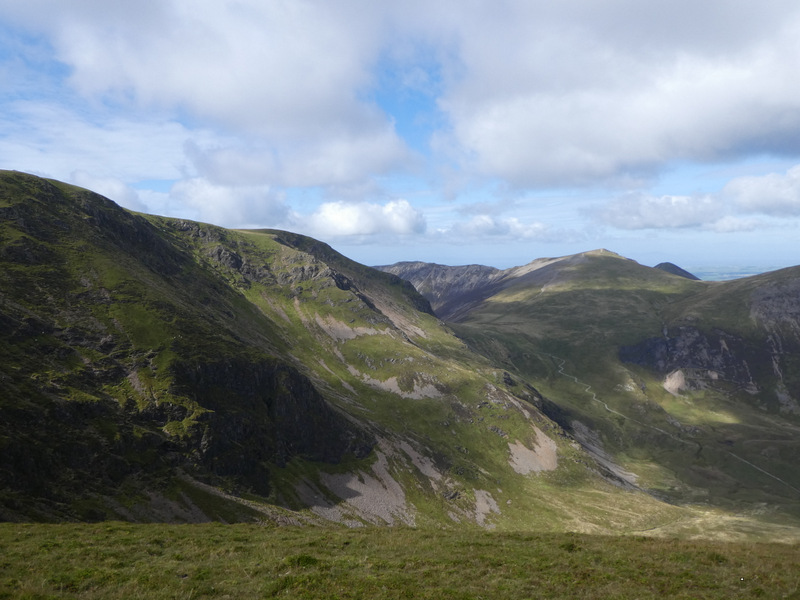 Keeping Left around the top of Sail, the view of the craggy faces of Crag Hill & Eel Crag, with just visible the path zig zaging down from Coledale Hause to the beck, with Force Crag beyod it with Hopegill Head above 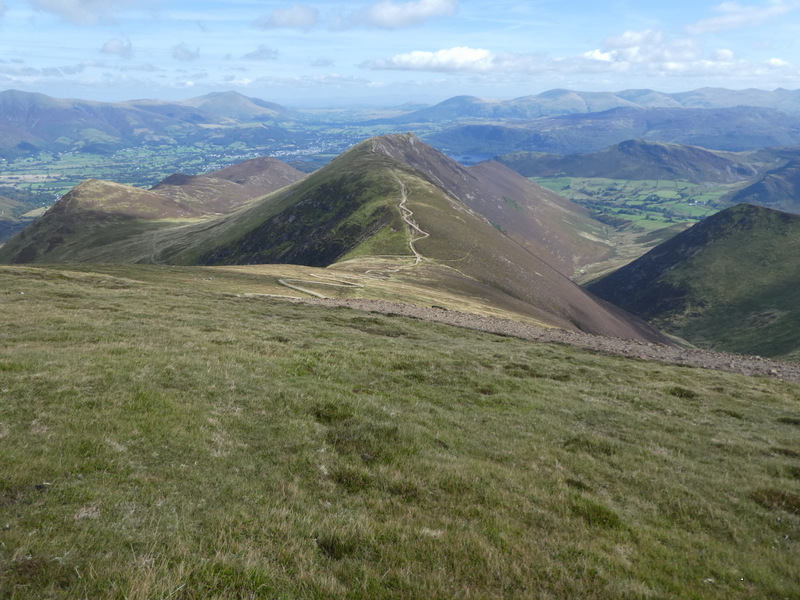 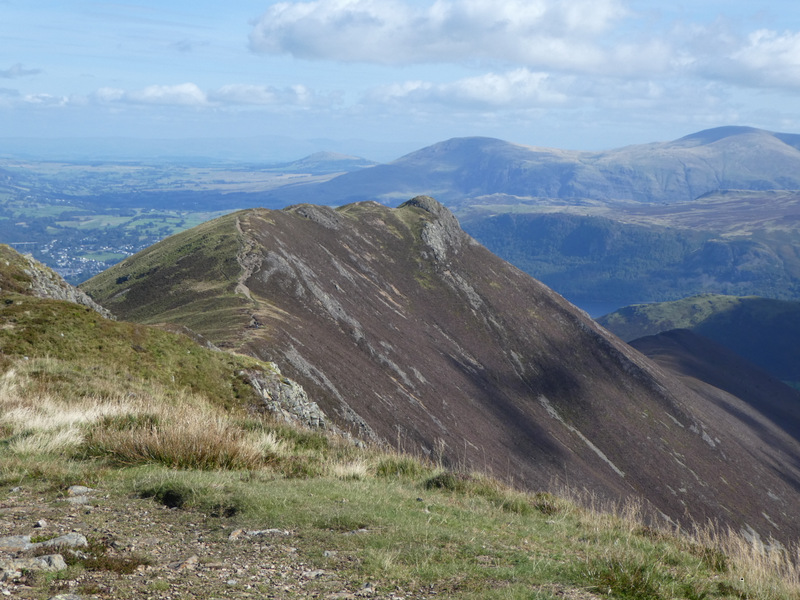 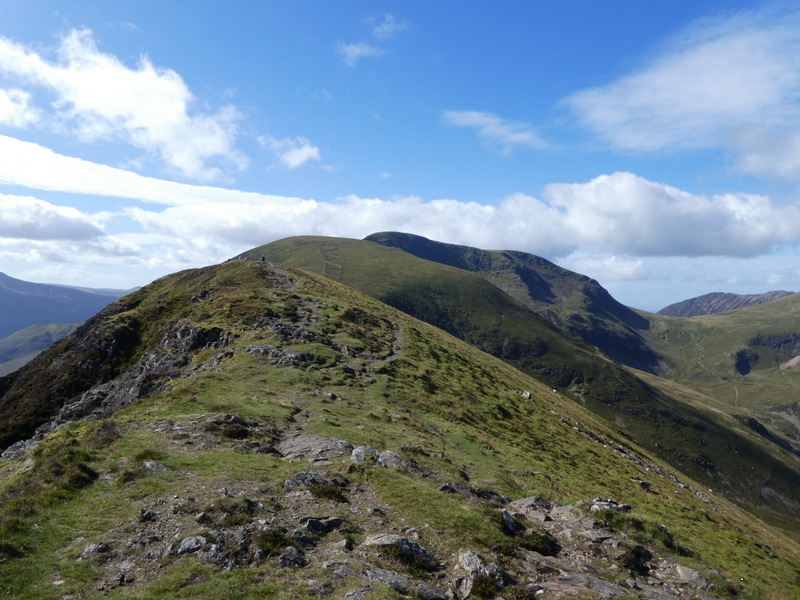 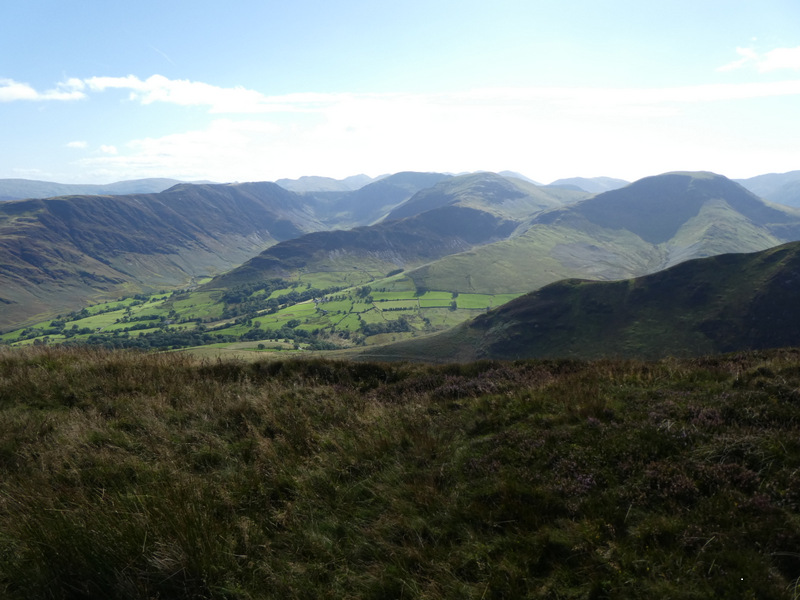 Anyone want to do a Newlands Round, standard route is up Catbells etc on the left then down Hindscarth Middle or Robinson right, from approaching Causy Pike summit. 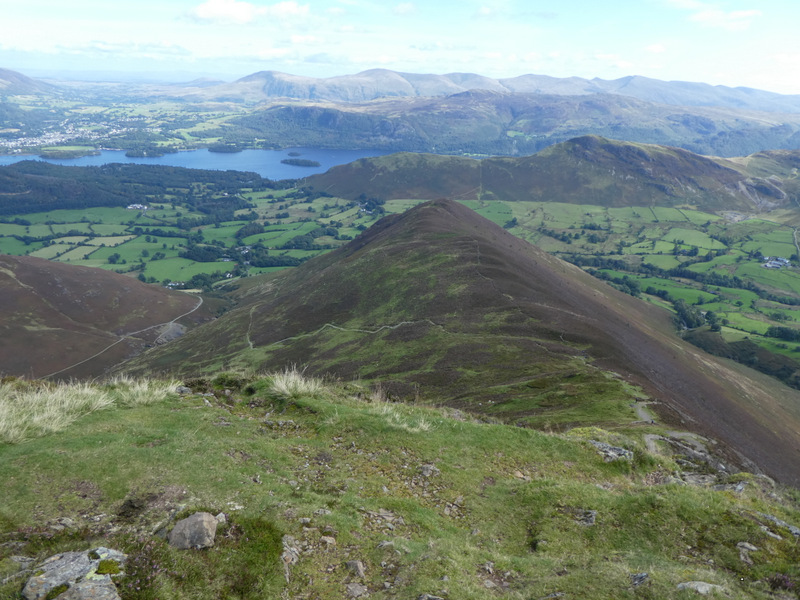 From my turn back point on Causy Pike, Catbells with Derwent water behind & the peaks of Castlerigg Fell over the water & my walk for the next day the peaks of the Northern end of the Helvellyn ridge on the skyline. 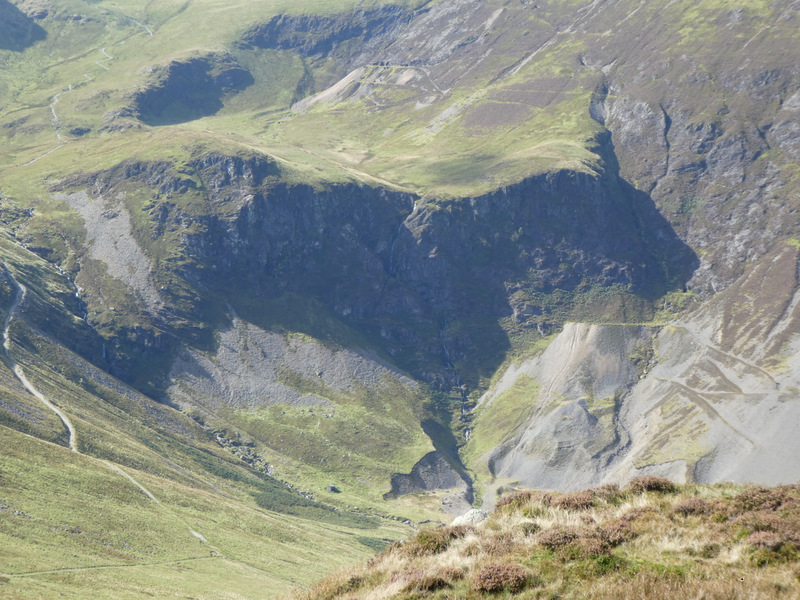 From slightly after joining the main path up Outerside, Force Crag providing a sharp cut off to Coledale & showing why you've got to curve round & down from Coledale Hause 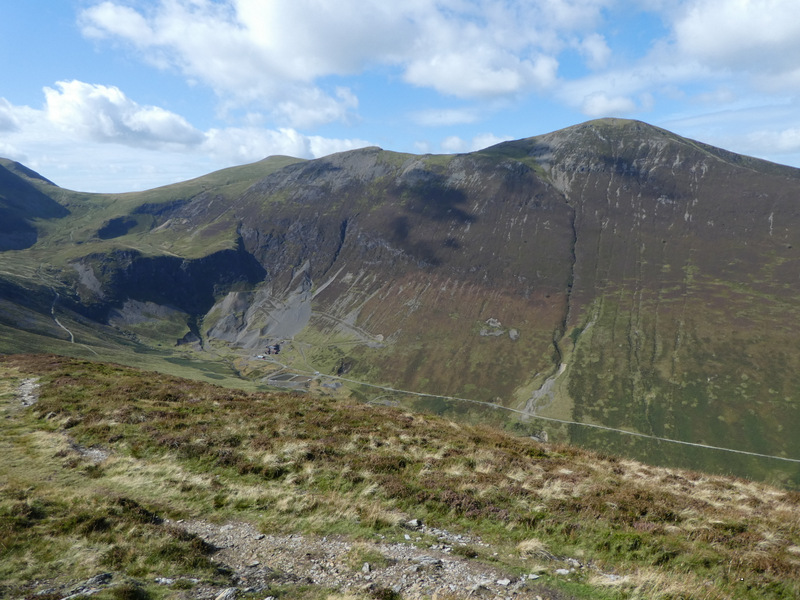 This one is especially for Beth, a nice clear top to Grisedale Pike 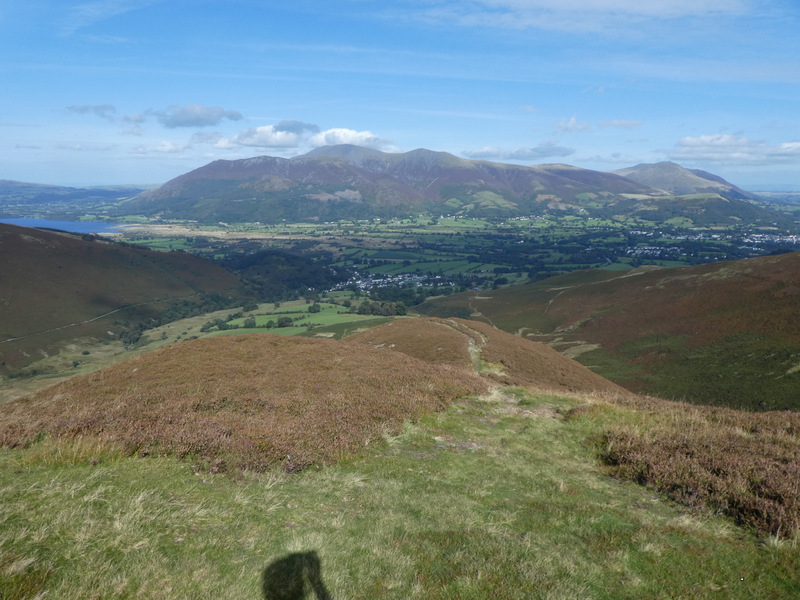 From the top Stile End looking down the ridge I didn't take, over Braithwaite to the Skiddaw Blencathra massif 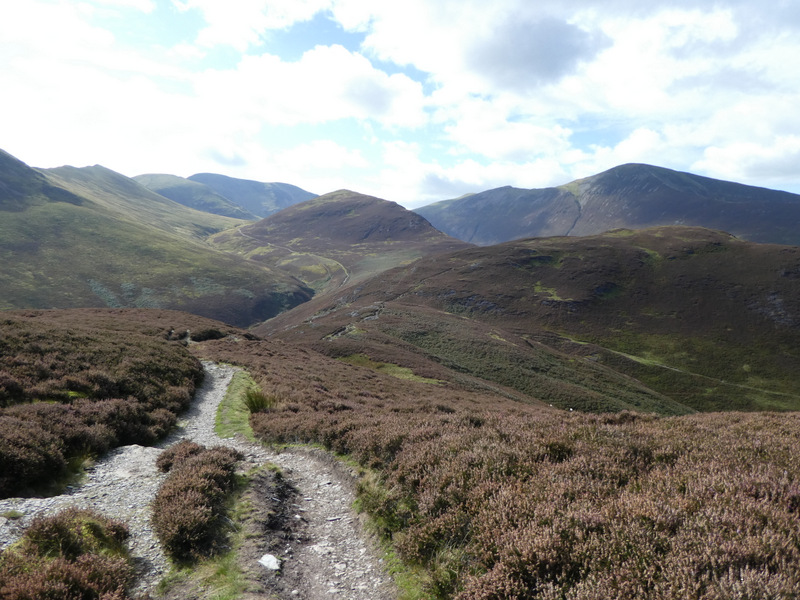 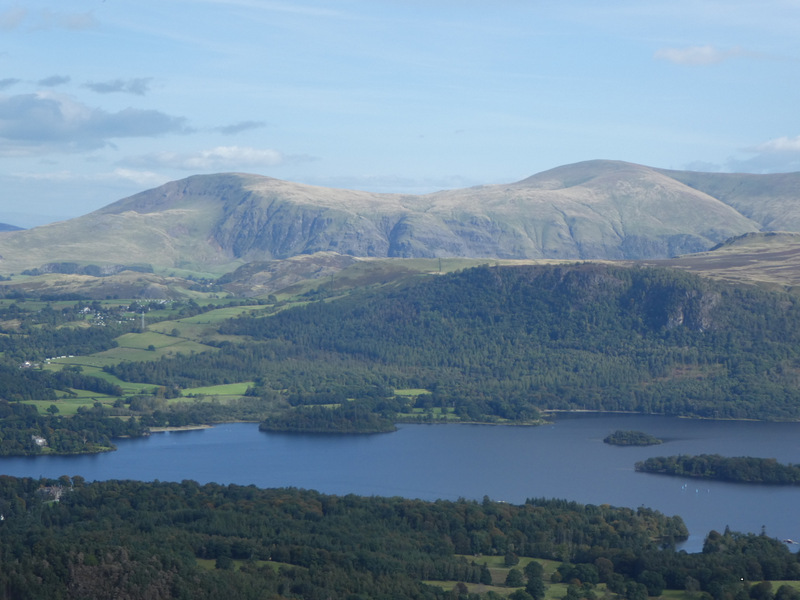 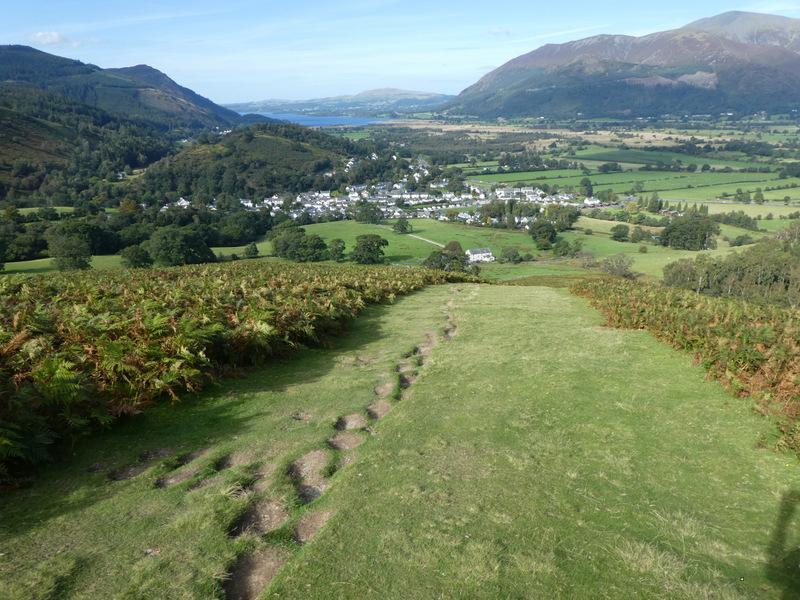 Not far to go now with the last bit of drop down to the valley floor & the village of Braithwaite.

That's a might fine round! With good views too.

And looking at Pic 19, and particularly Pic 20, you might have a good case for getting the Ordnance Survey to rename Force Crag to "Black Stag Crags" - The shape of the shade on the crag makes it look like there's a huge black deer running down the fell.

SheepFarmer likes this post
permalink
WalkLakes recognises that hill walking, or walking in the mountains, is an activity with a danger of personal injury or death.
Participants in these activities should be aware of and accept these risks and be responsible for their own actions.