So I took walk 44 of The Dodds (the fells on the more Northern end of the Helvellyn ridge) altered the start to take a few minutes off my drive & walk & then added 2 chunks to lengthen the first a diversion out to Hart Side & 2nd up & over High Rigg.

For path conditions your best reading Beth's the official version of the walk but for my diversions the path out to Hart Side was very minor & disappeared altogether at the stone scattered top of Whiteside & was even more minor from there to Hart Side – it is there you can see it faintly on aerial views but it's not marked on maps. The path to the top of Higg Rigg is more prominent from the North with people obviously taking the shorter route rather than the longer way from the South which splits & merges around boggy bits with open water. Another early start on day 2 of my holiday, meant the A591 was relatively quiet for that initial road side walk, but even standing still & aside when I heard vehicles coming the draft from passing lorries was significant, for that reason I'd say avoid walking by the main road by parking elsewhere or walking along the unclassifed lane that heads NE.

Wide easy going paths provided me the chance to constantly look around whilst still walking without having to look at ones feet to much for placement. In terms of people I only meet a few out & about on the Dodds part with about a similar number on High Rigg which is probably partly down to the Dodds being a quiet patch as Beth calls it, but also to High Rigg summit is a much shorter walk & the day had started bright with bits of blue it then changed to more overcast, that did sink down just onto the tops to remove the definition from distant views and at one stage I saw & felt some mizzle that saw me walking with waterproof top on for a short while more against the cold wind, though later on pm in walk time things improved. Views were also clearer to the West & the fact although you don't see it most of the time the western side of these fells drops sharply.

When I planned this walk I had wanted to extended from Hart Side out to Birkett Fell for hopefully better views, but decided against it as it added 21 min Nasmith time on top of the already long 6h 36m route & I'd got more big days ahead. 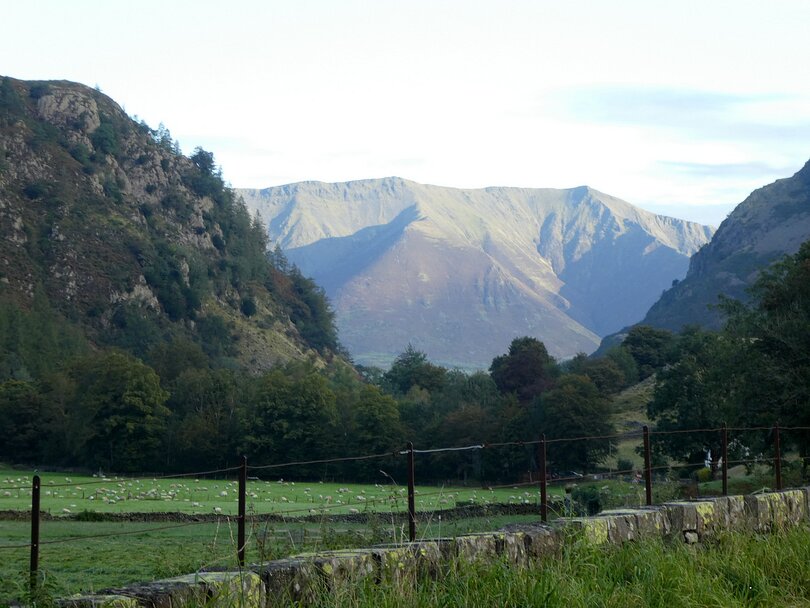 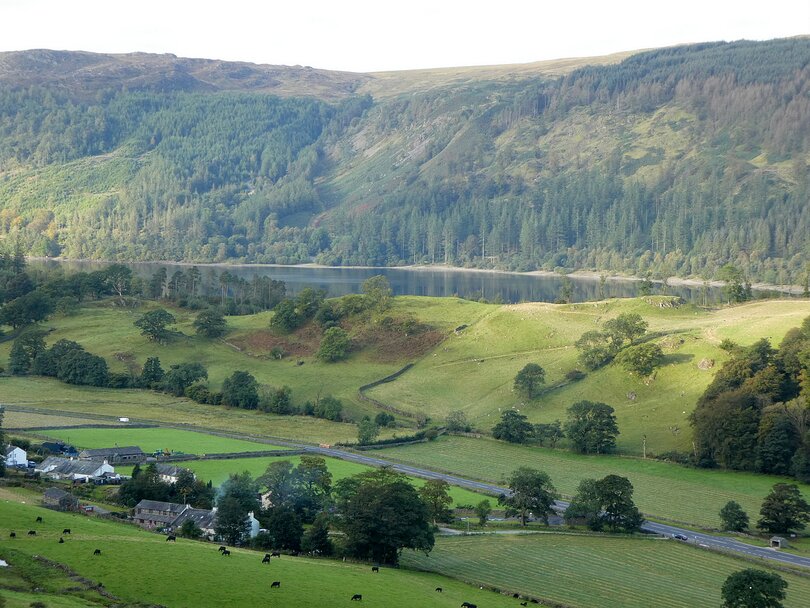 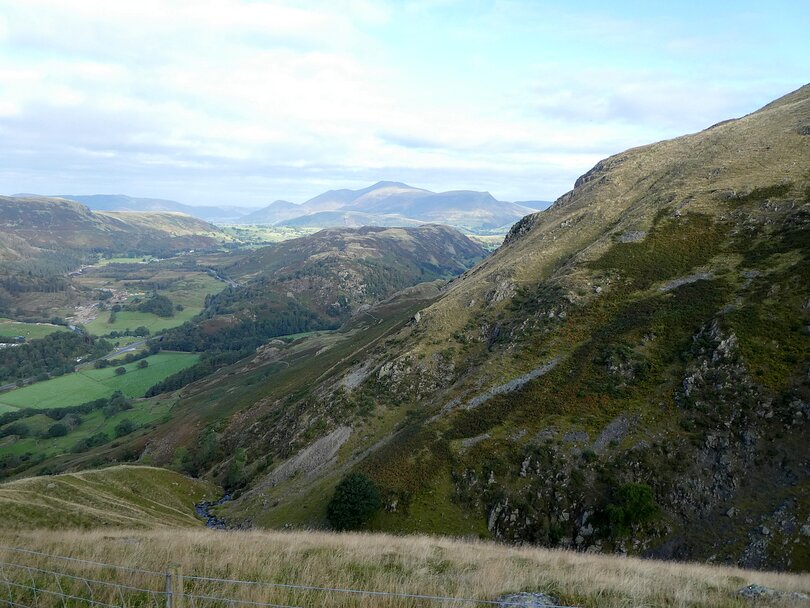 About 1/3 of the way up Sticks Pass, Stannah Gill cutting deep into the hillside, with High Rigg centre & Bencathra at the back 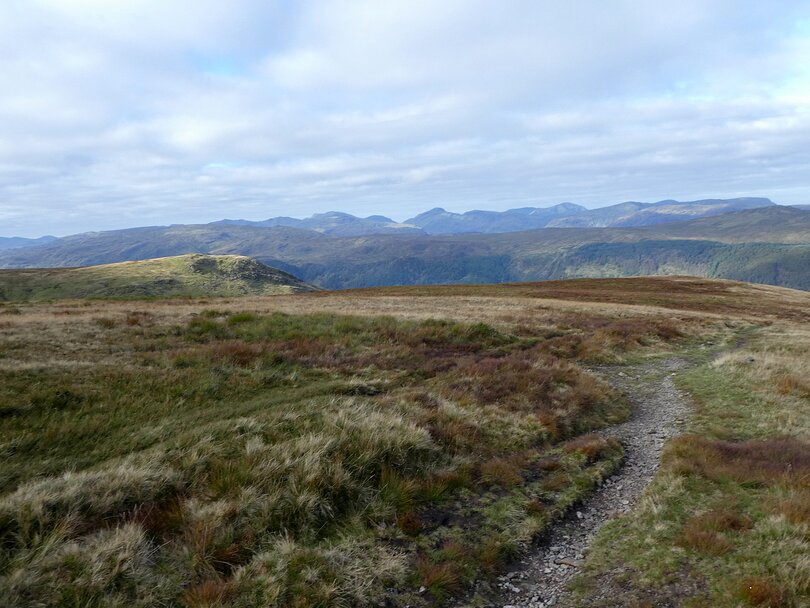 20min on & upto 3/5 of the way up, Fells upon Fells, with ones from The Eastern, Central, Southern, North Western & Western Wainwright groupings. 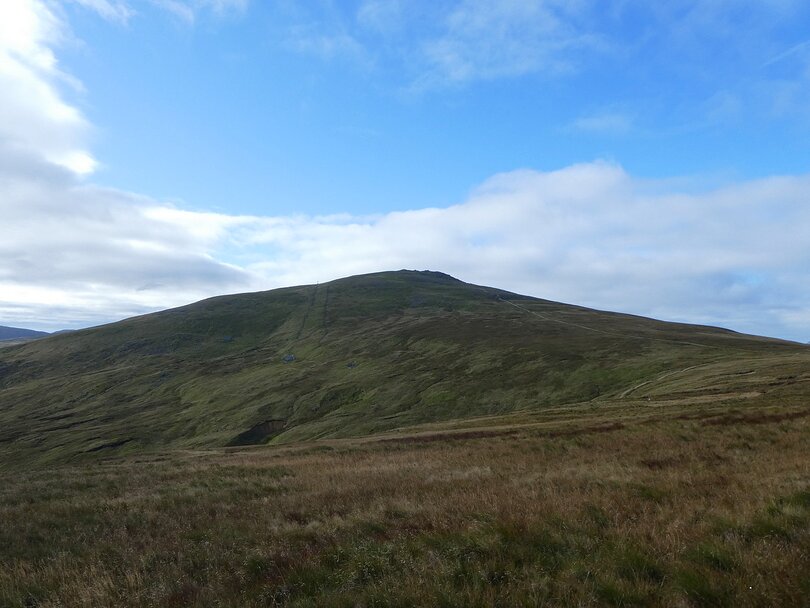 From for me 5min walk on from the top Sticks Pass, the view back to Raise 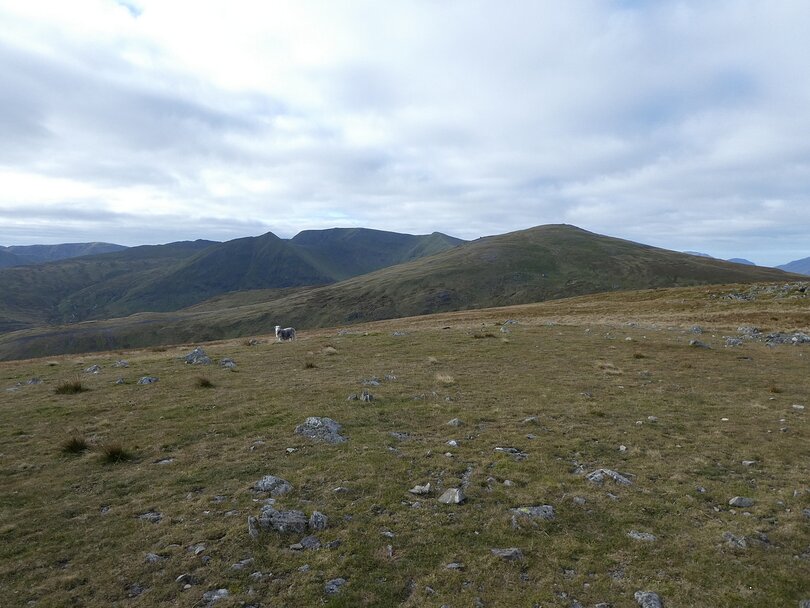 From the summit area of White Stones aka Green Side. A bit indistinct but Catstyecam & Helvellyn centre pic 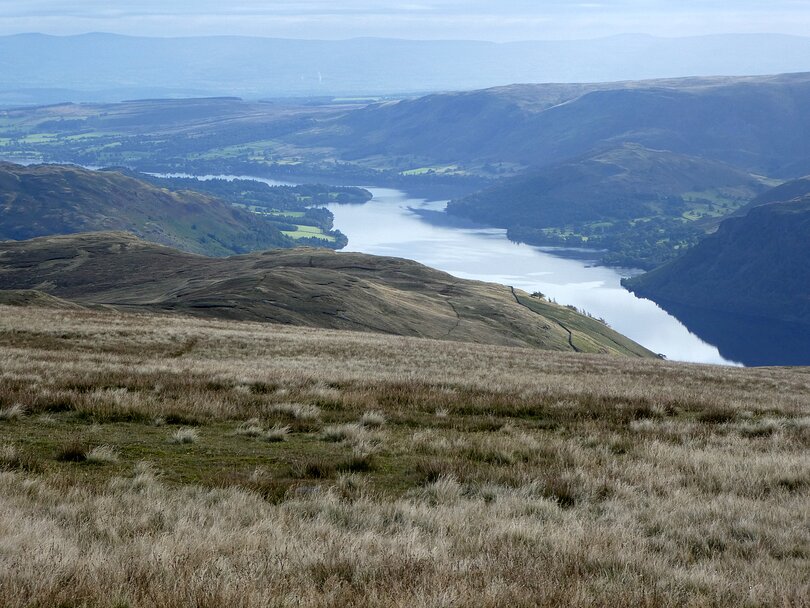 From where the paths to Hart Side & Sheffield Pike diverge, Ullswater 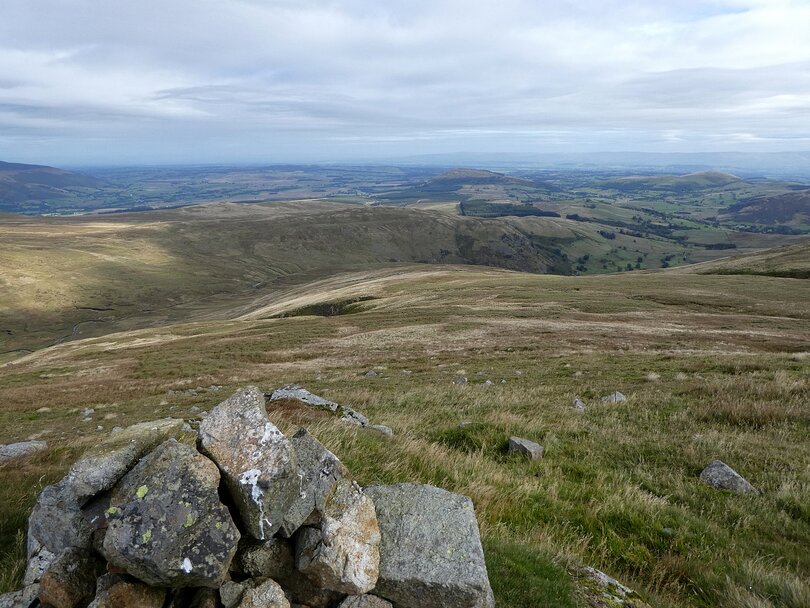 From the summit area of Hart Side, the desolate & wet looking Deepdale with Matterdale Common beyond 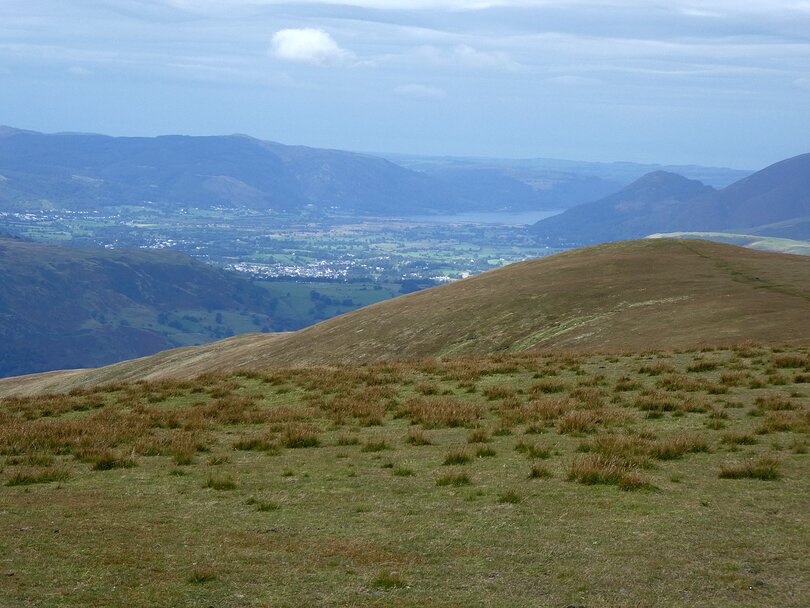 From the top of Stybarrow Dodd, Keswick & Bassenthwaite lake 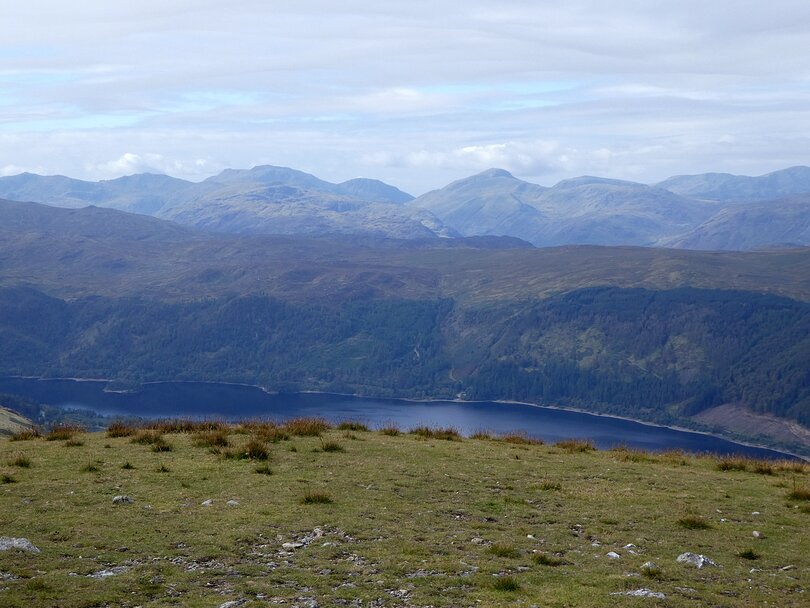 From the top Watson's Dodd, I think Ullscarf is just off pic left the other side of Thirlmere but some of it's lesser companions Armboth & High Tove are there in pic it's just there not very distinct fells on the ridge. But the skyline L to R is Bowfell, Esk Pike, Scafell Pike, Lingmell, Great Gable, Kirk Fell & with Glaramara sticking up between the 2 rows in the pic. 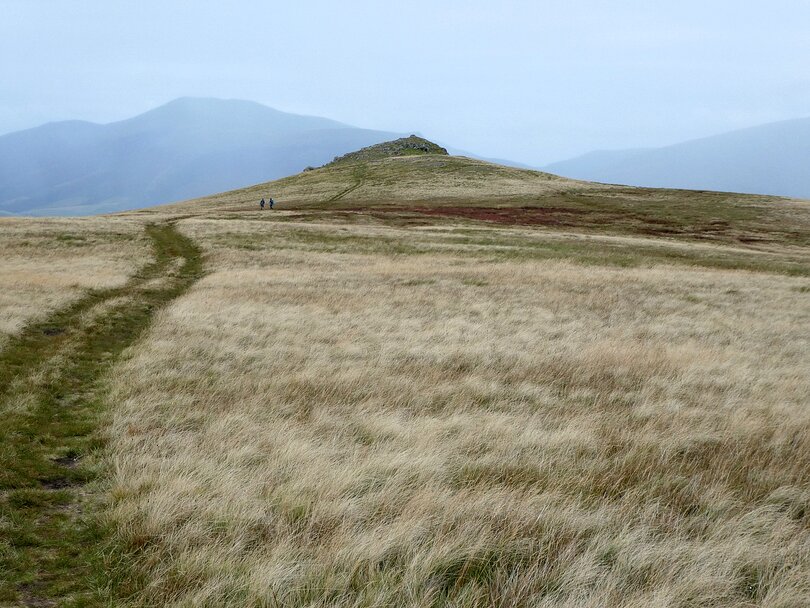 The little rocky peak of Calfhow Pike & the path that leads to across a wet bit, taken from the low point between it & Great Dodd & murky conditions beyond 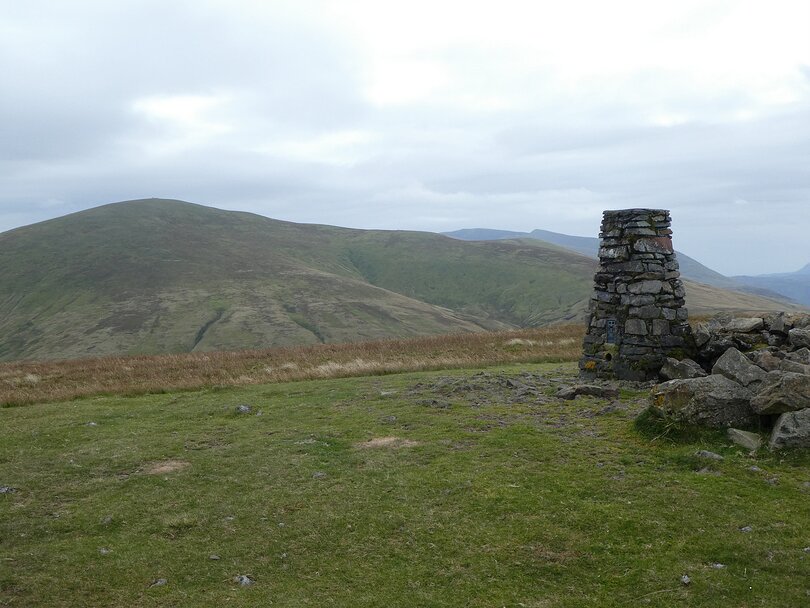 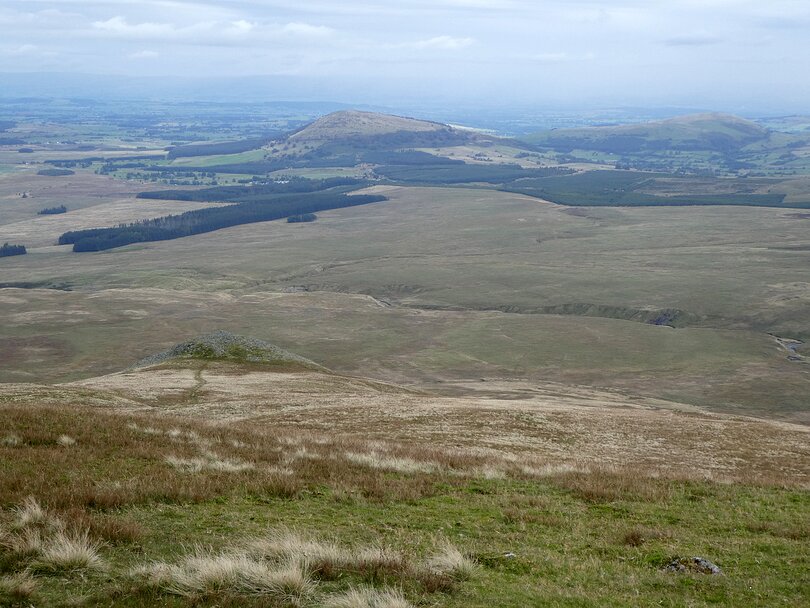 Having descended a bit from Clough Head, the little knob of White Pike, the barren-ish wetland of Threlkeld Common with Great & Little Mell Fell adding a bit of interest 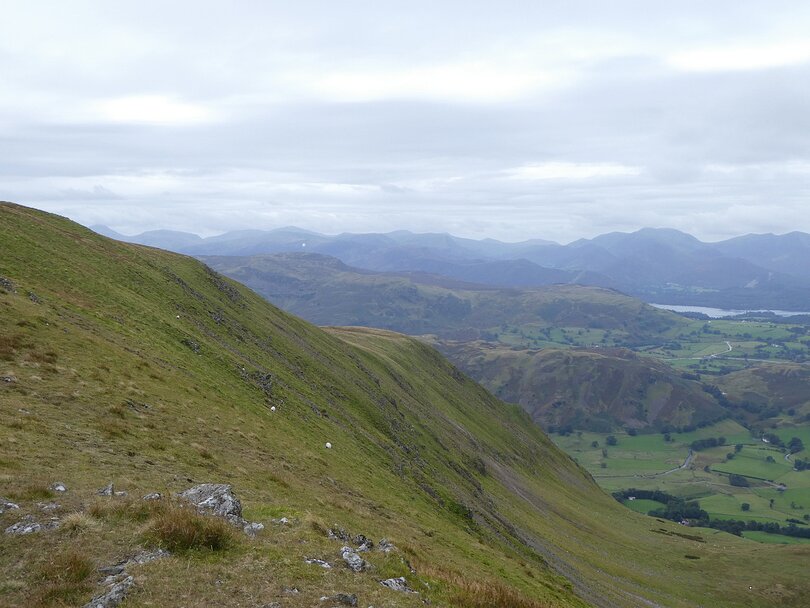 Same place but peering West along the crags, over St John's John's in the vale & High & Low Rigg past the Northern end of Wainwrights central Fells to a bit of Derwent Water 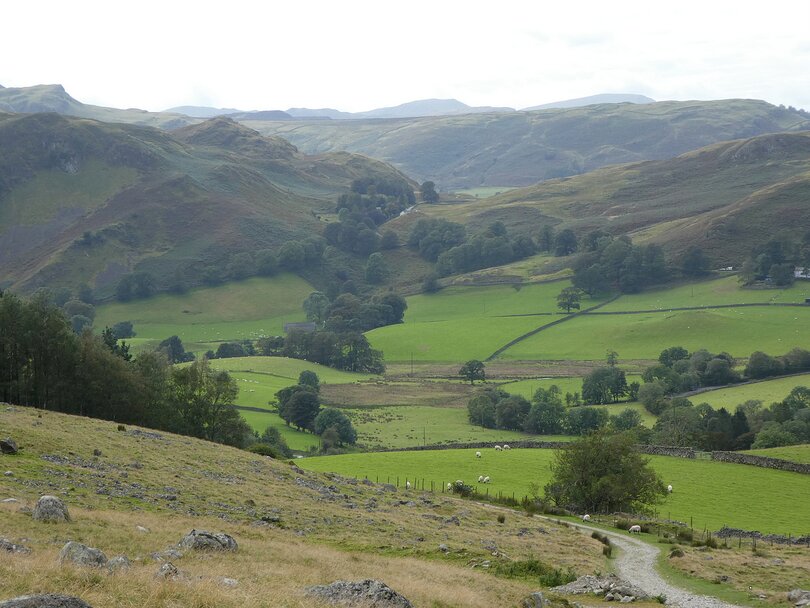 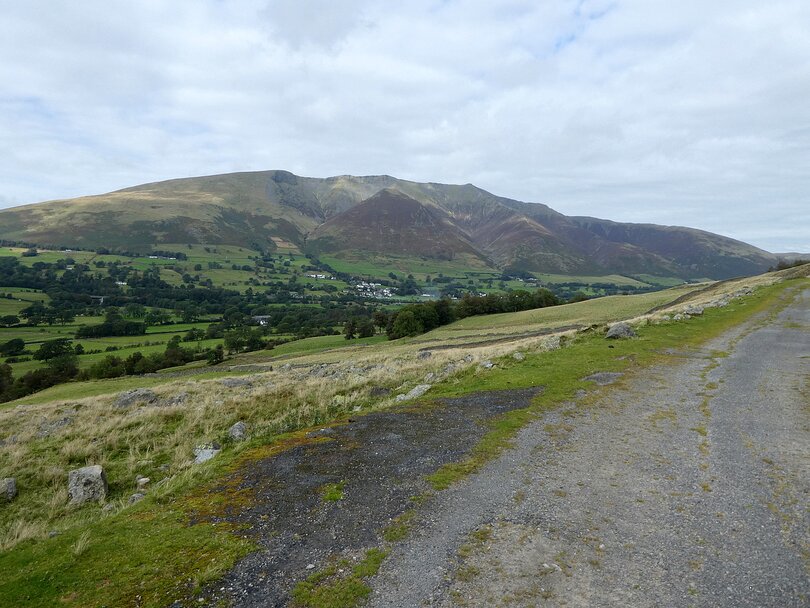 Where an old tarmac road crosses the old coach road, Blencathra my target for day 4 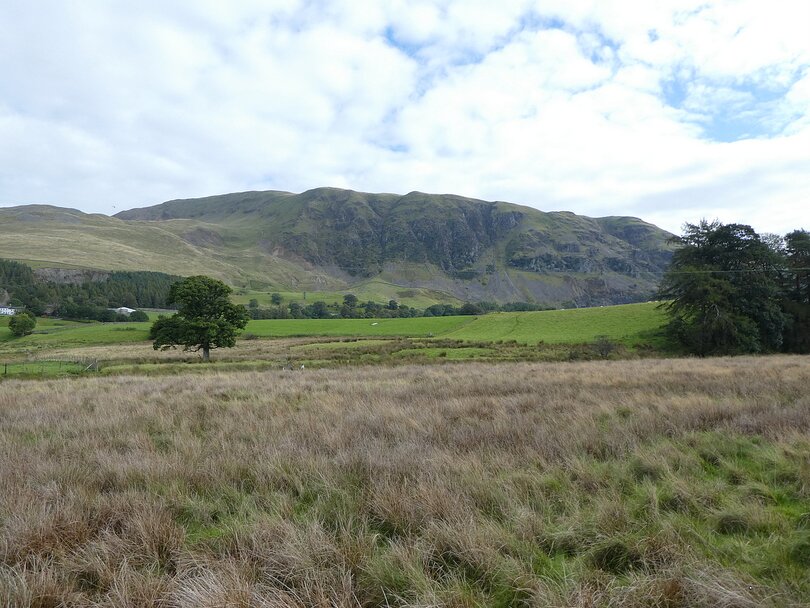 Walking semi alongside St John's Beck in the fields, the craggy western face of below the Calfhow to Clough Head stretch where I just been just 1 ½ hrs earlier. 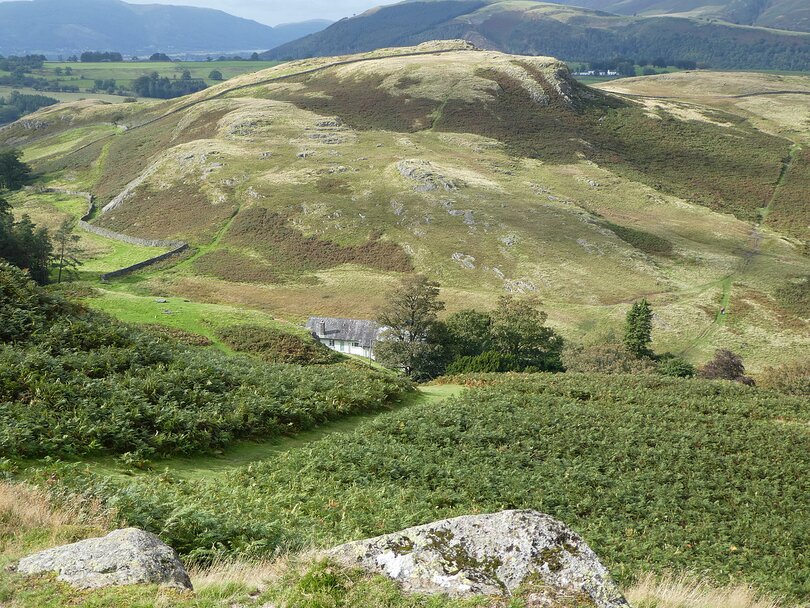 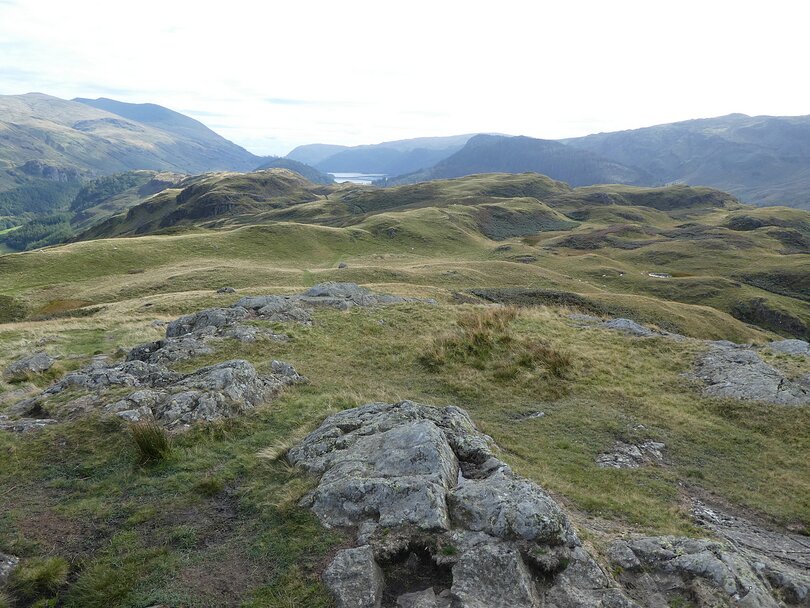 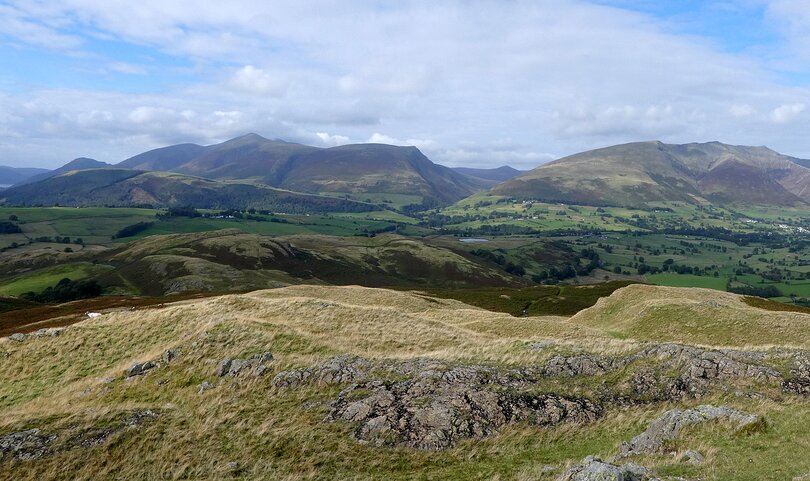 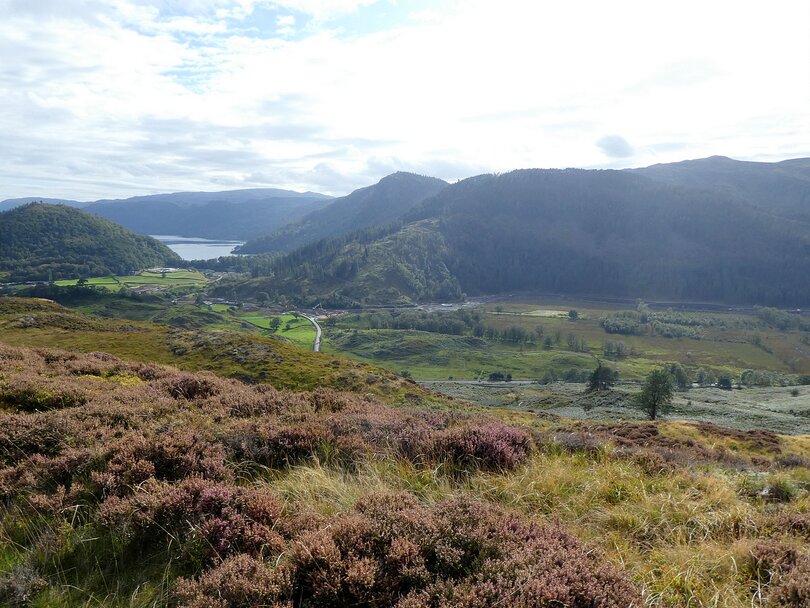 From the region of Long Band on the top of High Rgg, the footings of The Benn projecting out onto the flat valley floor, the funny area around it's foot was some major engineering water work plus the wooded Great How left 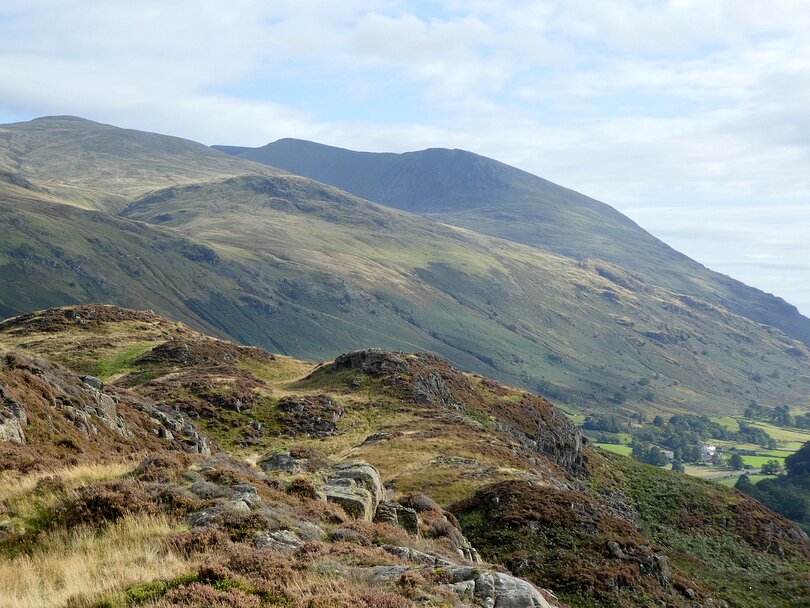 Just a few minutes on from before, I think the high point in the distance is Helvellyn but if not I'm sure someone will correct me. 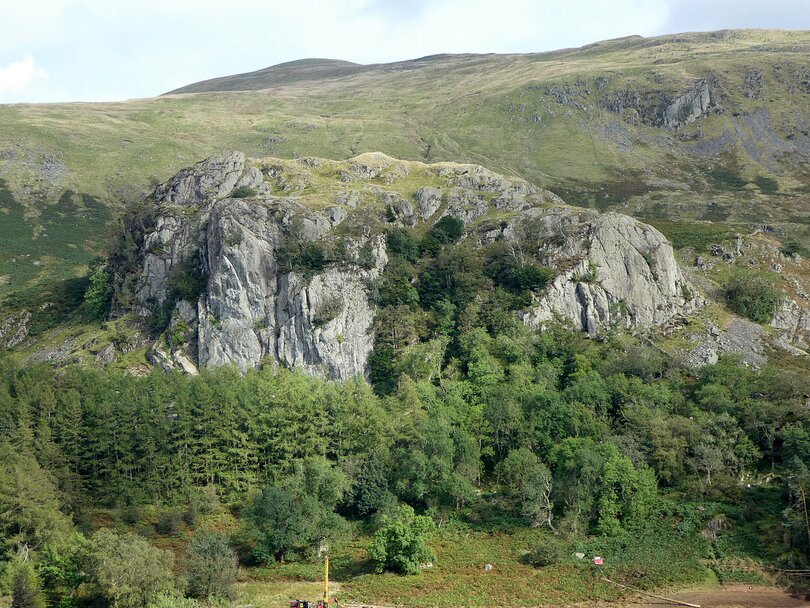 Castle Rock, from just 150m short of getting back to the main road, the yellow tower thing at the bottom of the pic was part of a logging operation & if you look right from it you'll see a red carriage dragging a tree trunk at 30 deg angle

Rosehip and TallPaul like this post
permalink
WalkLakes recognises that hill walking, or walking in the mountains, is an activity with a danger of personal injury or death.
Participants in these activities should be aware of and accept these risks and be responsible for their own actions.