Skiddaw via Ullock Pike and Carl Side

We started off in the Forestry Commission car park at Dodd Wood, which was extremely quiet at 08:45 on a Saturday morning

Once we left the Forestry Commission track, it was quite a steep climb up to Ullock Pike. There were a few other people doing the same thing, but they seem to have to come from the direction of the Ravenstone Hotel.

Once on the top of Ullock Pike, the path along alongside Edge to Carlside was very obvious and well maintained. Carlside has a clear cairn that's can be seen in the distance in case the path is somehow lost.

Approaching Carlside, the footpath goes around to the left, but there's a path straight across to the summit which is the way we went. It doesn't much matter if you take the left hand path though - coming back from Skiddaw will hit the Carlside summit anyway.

From Carlside Tarn, the path up to Skiddaw was full of very loose rocks, which made going up quite difficult. It didn't help that the cloud was right down and it was extremely windy though... The dog also managed to drop his ball halfway up here and it rolled right back down to the tarn at the bottom - luckily we were heading back that way and managed to pick it back up again later

The summit of Skiddaw was fairly busy, but due to the high wind we didn't stay there for too long before heading back towards Carlside and our route down. The path was again very obvious from Carlside to white stones, where we took a path off to the right to head towards Dodd (Skiddaw) (a top that I've been to many times now as it's a nice easy walk from the Forestry Commission car park for a weekend morning).

There were a lot more people in the Forestry Commision car park on the return to the car, which is to be expected. Luckily we managed to pop in to the cafe for a quick drink before heading off.

We were lucky getting back when we did. Within 15 minutes of reaching the car, the rain came on heavy and stayed that way for the rest of the day. 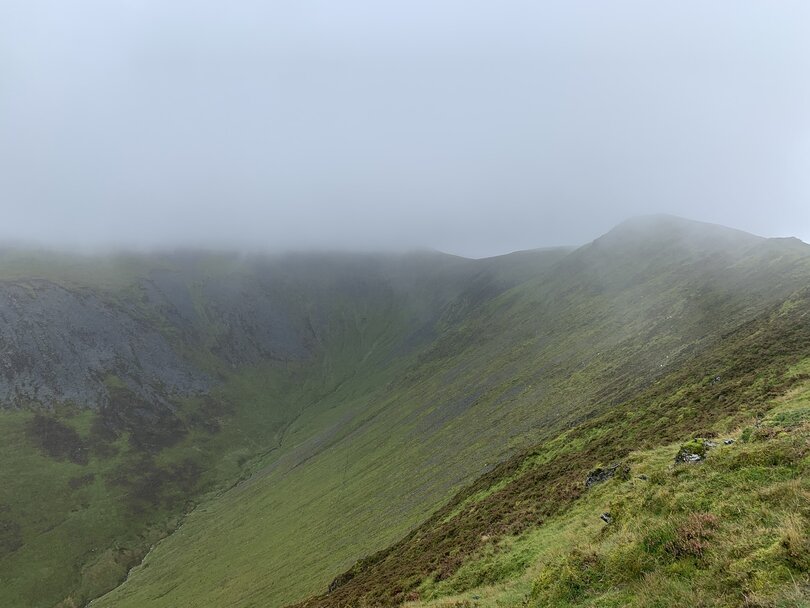 Looking across towards Skiddaw on the way up Ullock Pike. 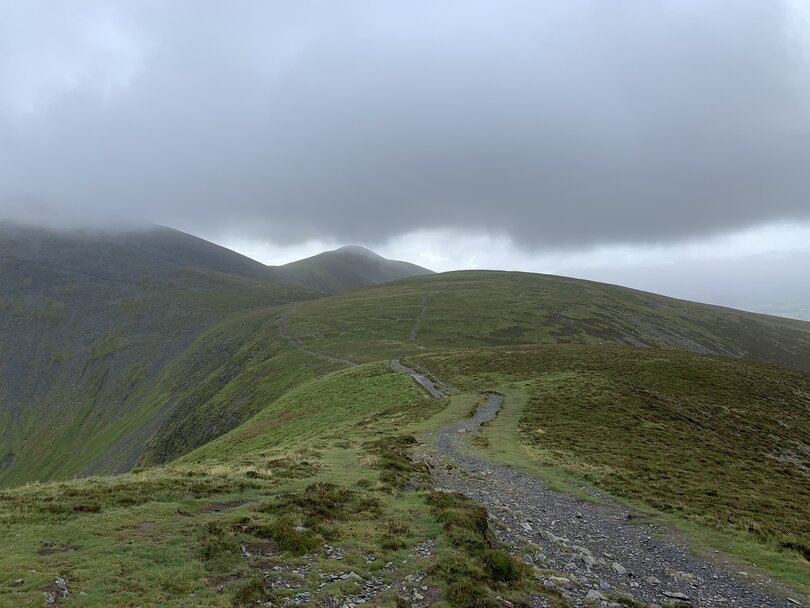 The path along Longside Edge. 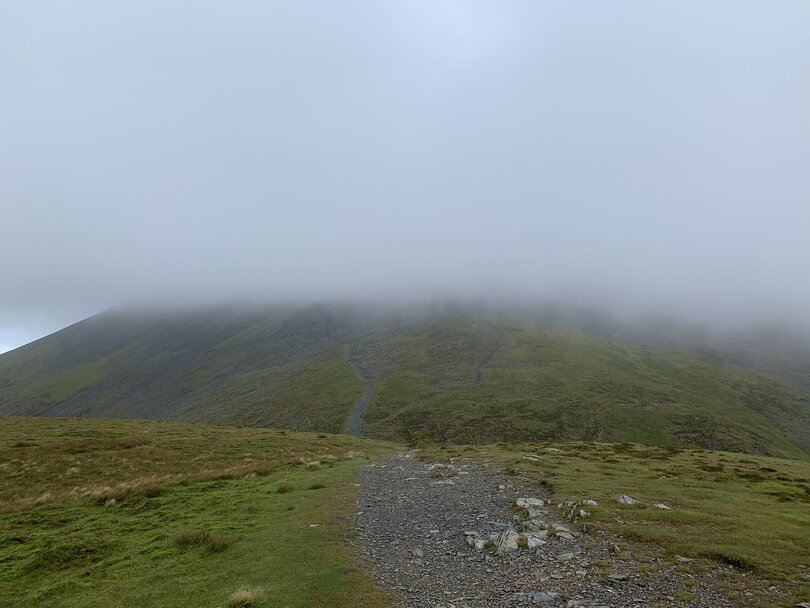 Dropping down from Carlside to Carlside Tarn, looking at the path up Skiddaw. 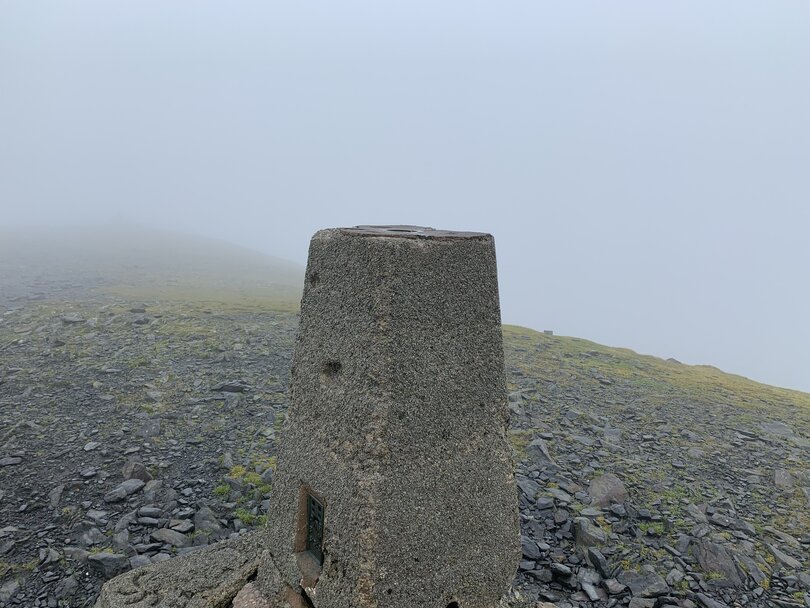 Skiddaw summit cairn. Not a lot to see from the top unfortunately. 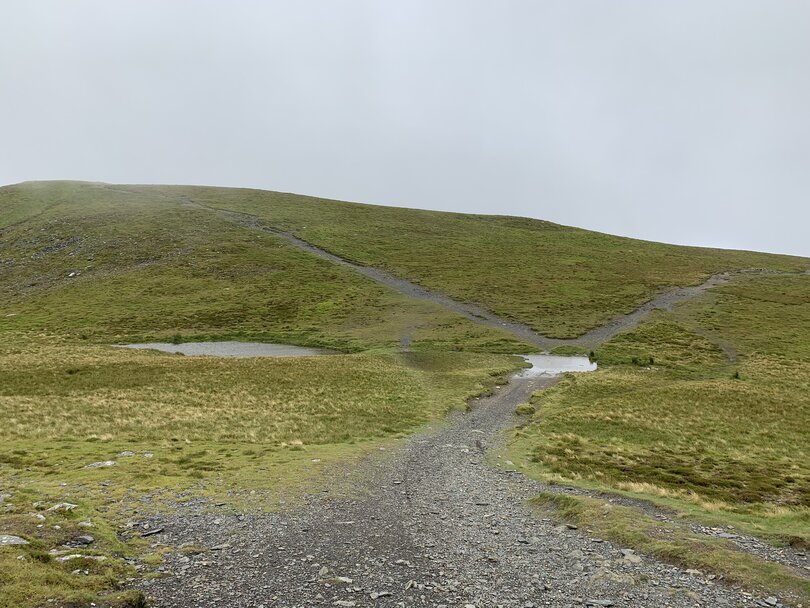 Carlside Tarn on the way back down. Not the most impressive body of water in the world - it's hardly more than a puddle! (The tarn is on the left, on the right is an actual puddle...) 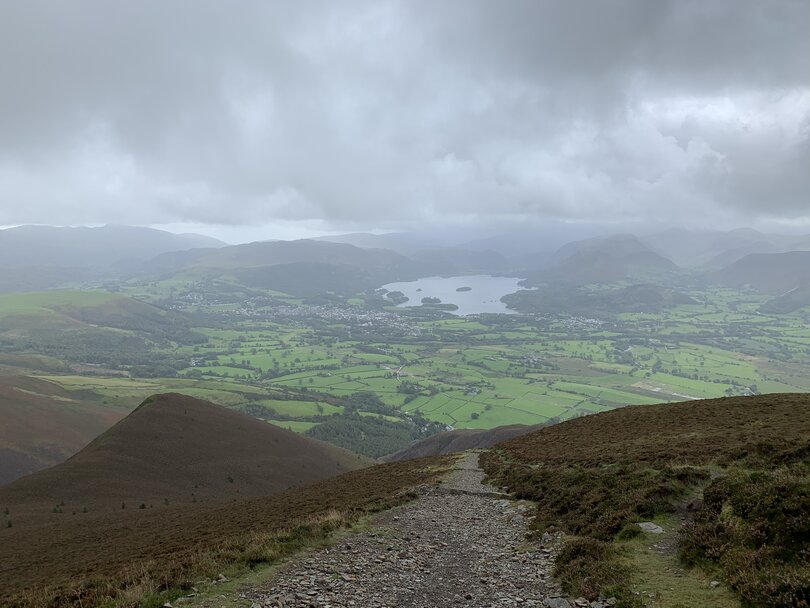 Heading down from Carlside towards the Forestry Commission. 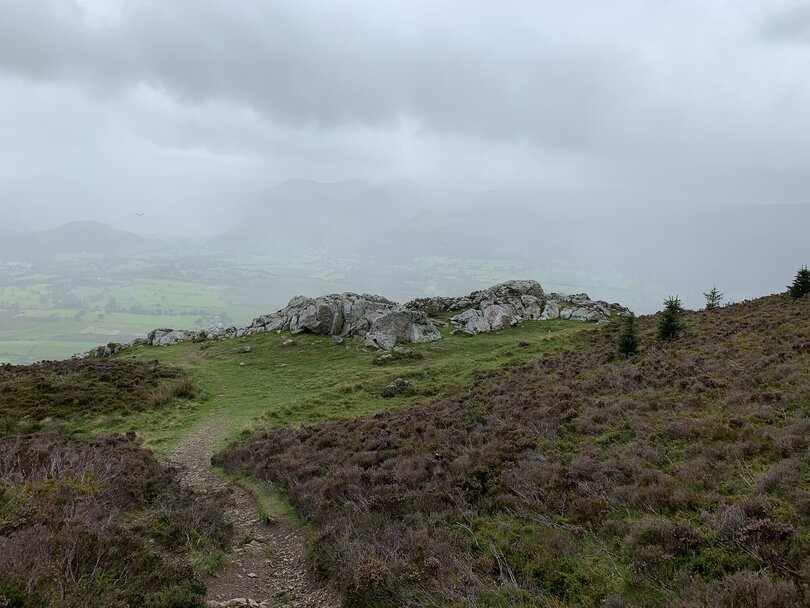 White stones - note the slightly less obvious path to the right which is the route we took.

Dodd (Skiddaw) as we were heading from White Stones. It looks more impressive from this angle than from any other. When approaching from the Forestry Commission paths it's obscured by the trees. 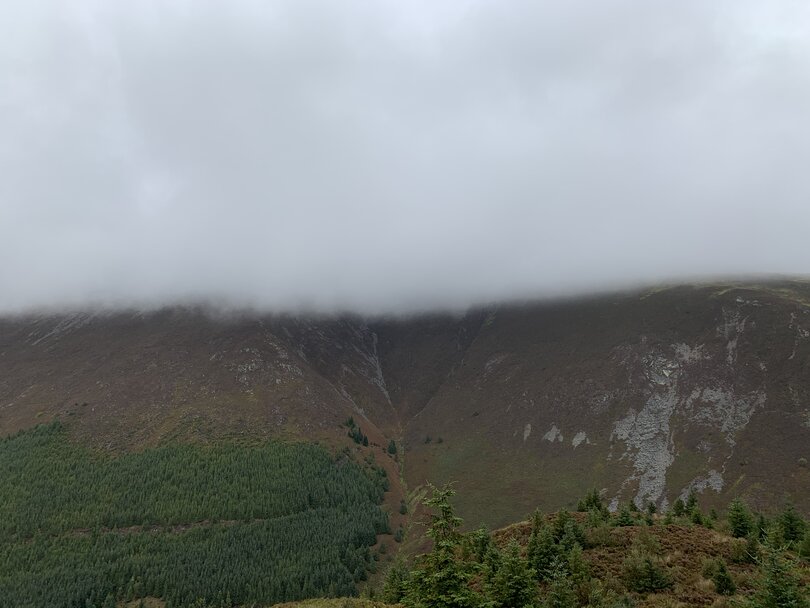 Looking back at Skiddaw from Dodd (Skiddaw).