This was planned as a slightly shorter walk than many of mine. Conditions were patchy light rain to start with but still warm although things did dry up as the day went on. I can't actually remember seeing anyone else out there, so if you want isolation this area is for you.

I'd plotted the route I'd wanted from maps & satellite images online and put it in my GPS, but could tell that the paths on the ground weren't there often. The first bit of the walk was on a stone vehicle track, forking back off it onto the 2nd section on Banc Lluestnewydd was sheep tracks, crossing the valley of Afon Hengwym was wet & boggy and the river itself quite wide and deep, such that it took a bit to find a suitable jumping spot to get to the waterfalls that I'd gone by the previous autumn, but this time angled up the opposite side from where I'd come down previously. It was then on up in stages to Pen Carrig Twion & on to Pen Pumlumon Fawr dropping sharply down then up to Pen Pumlumon Fach down its the ridge end of it to the vehicle track & back to the start.

Pic 1 - The track I started out on, slightly up from the end of the reservoir. 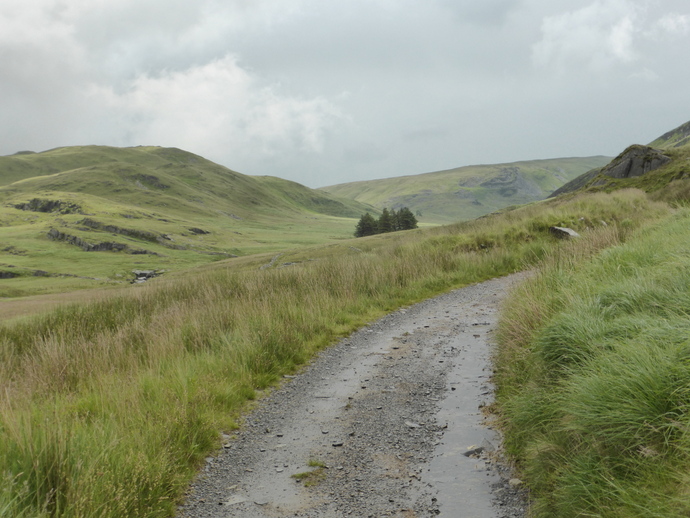 Pic 2 - The bridge over the Afon Hengwym, going my way a definite path forked off the track that fords the river, but the other side of the bridge the path had disappeared and it was either follow the river bank back through wet ground or angle up and contour round back to the vehicle track which is what I did. 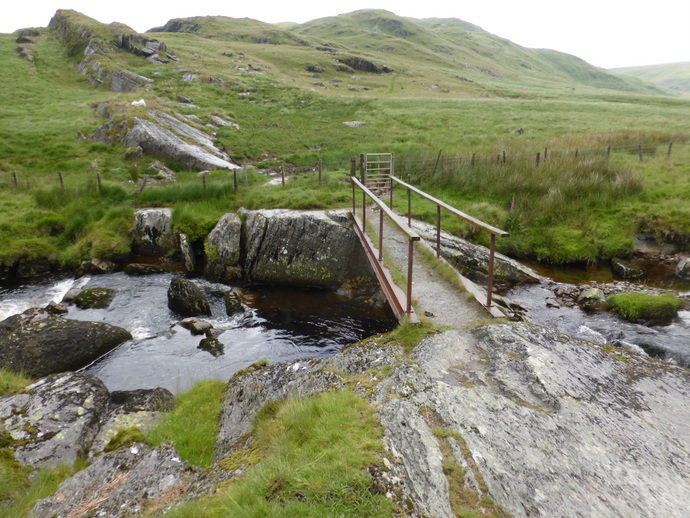 Pic 3 - The view back having forked back up off the track, with zoom, the river is on the right and the vehicle track the left, with Nant Y Moch reservoir in the distance. 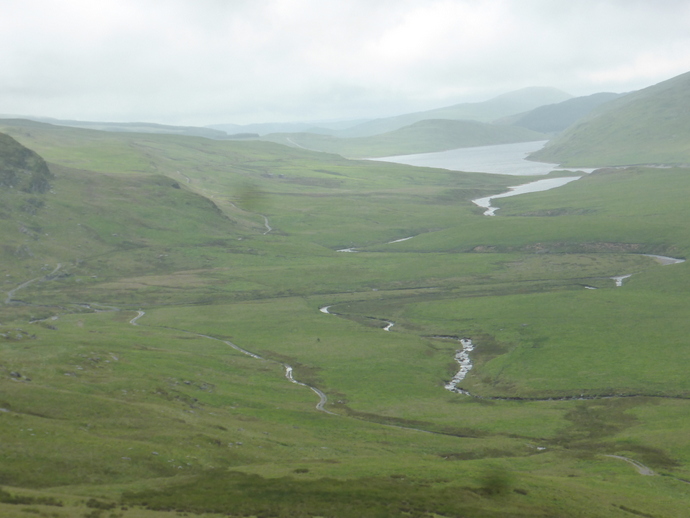 Pic 4 - Having come round on Banc Lluestnewydd my next target of Cwm Gerwin lay the other side of the Hengwym valley. 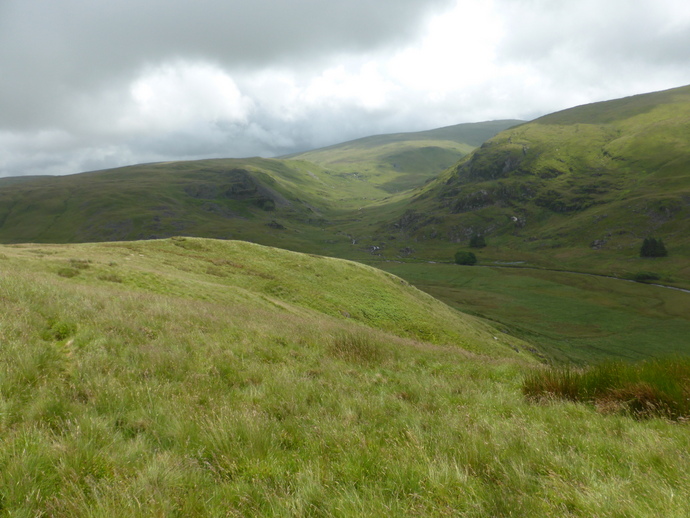 Pic 5 - The waterfalls at the foot of Cwm Gerwin. 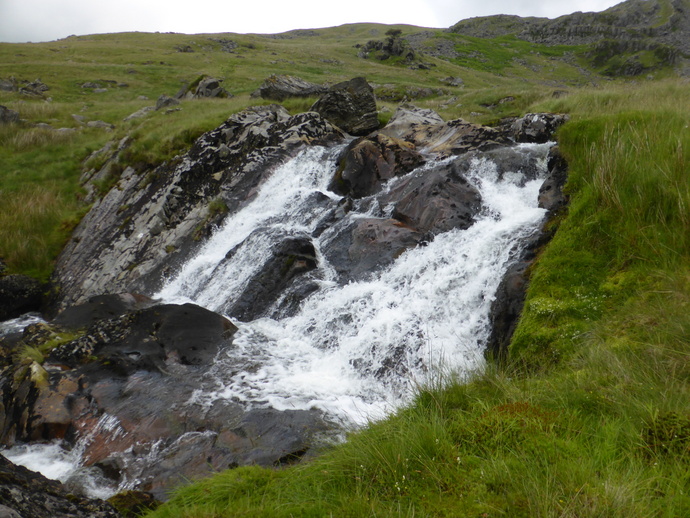 Pic 6 - Having reached the top of the step sides of Cwm Gerwin, I could see where I'd come down the other side the previous autumn. 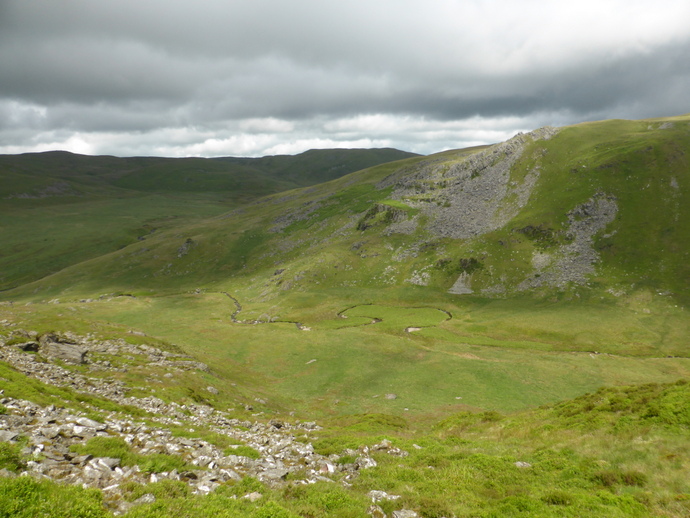 Pic 7 - Moving on a few minutes, the view of Nant Felen tumbling down into the cwm. 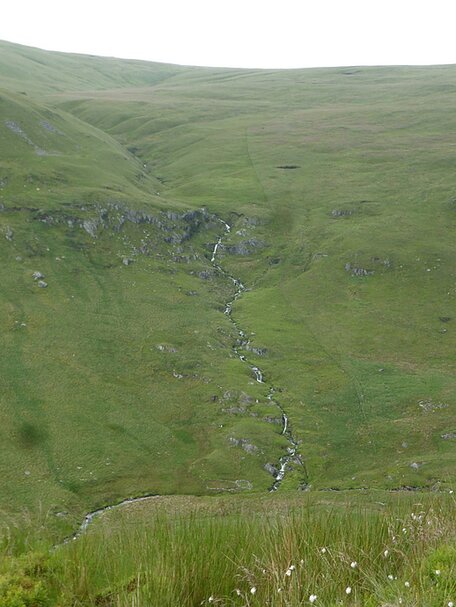 Pic 8- The view out over where I'd just walked past the rocks from near the summit of Cerrig Tewion. 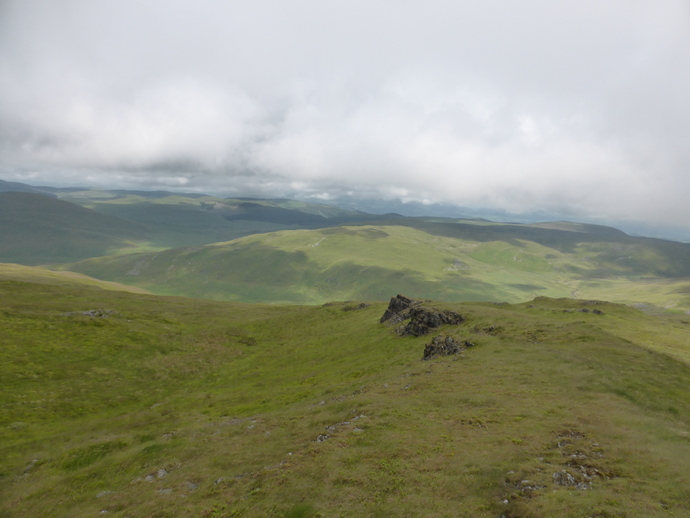 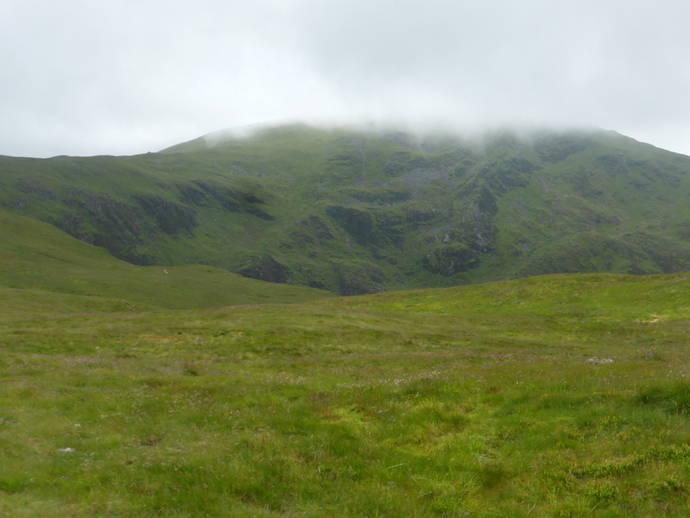 Pic 10 - and in a different direction 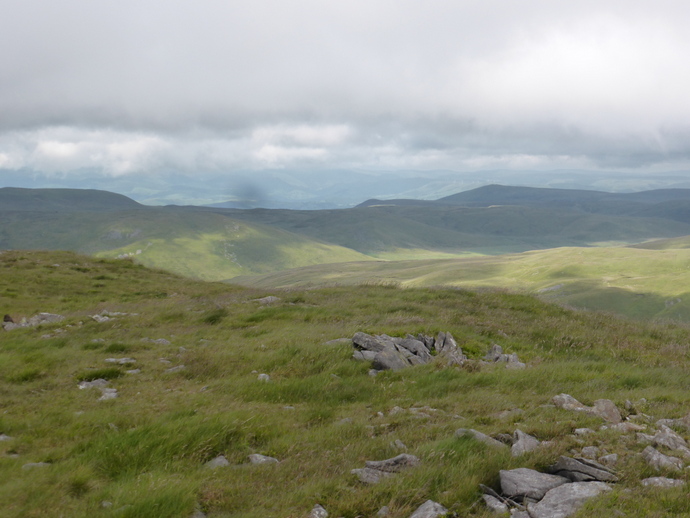 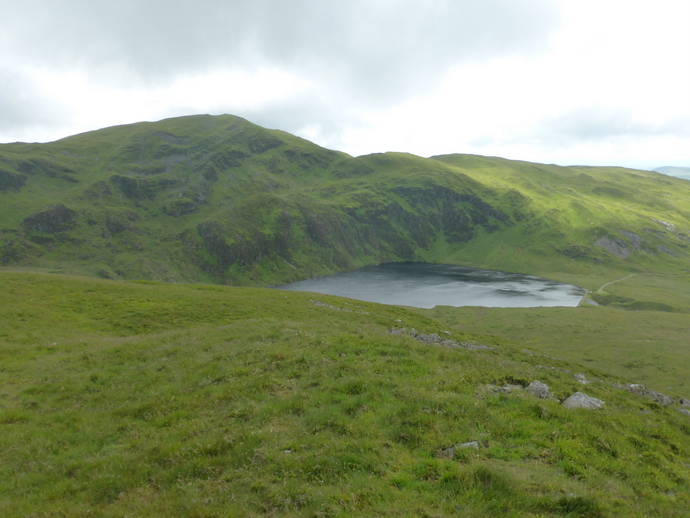 Pic 12 - The trig pillar and shelter at Pen Pumlumon Fawr 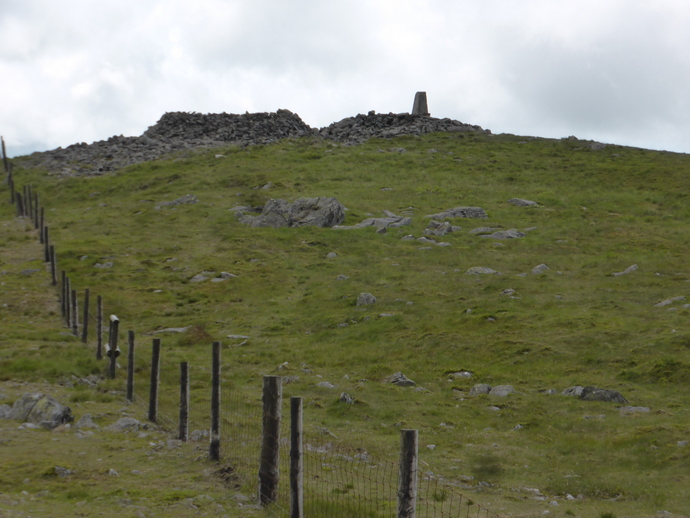 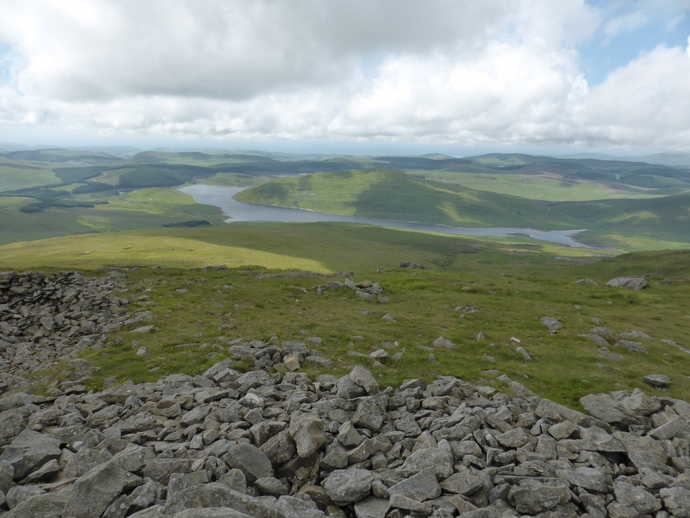 Pic 14- The home stretch on the track with the reservoir shining. 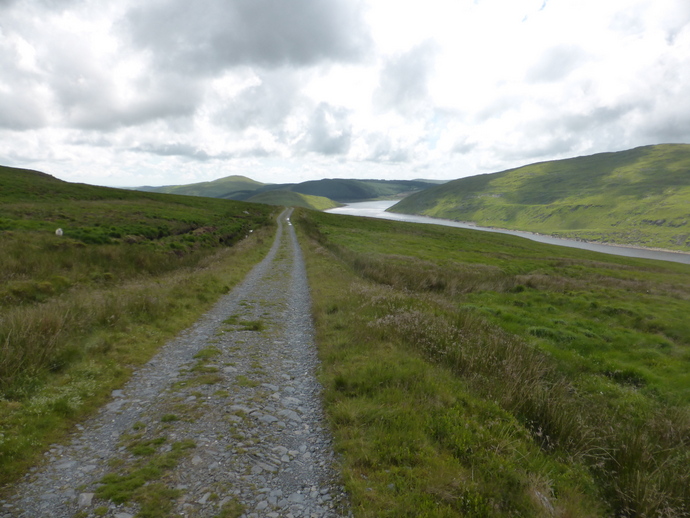