This walk was back at the end of Nov 2016 and was a glorious sunny afternoon, with the last traces of some snow left in patches on the tops and I stepped of the path the odd time just to leave ones mark, knowing that it's only temporary in the snow. It was a one way walk having been dropped of at a convenient place to park and then it was up onto Brown Knoll then on up to just hit the corner of Kinder at Edale Cross before angling down to Hayfield to meet my waiting driver. The path across Brown Knoll looked recently flagged which caused problems with getting my walking pole trapped between slabs occasionally. But compared to trudging through wet peat it's a minor point and these flagged paths settle in after time and the gaps fill. At the point where the new flagged path meets the flagged one coming up from Chinley that you want to join it's the other side of a fence but there is no stile here it's that bit further NE where the old path meet the fence, but given time this may be corrected.

Pic 1 - The sunken Chapel Gate track is a bit of a water trap in places. 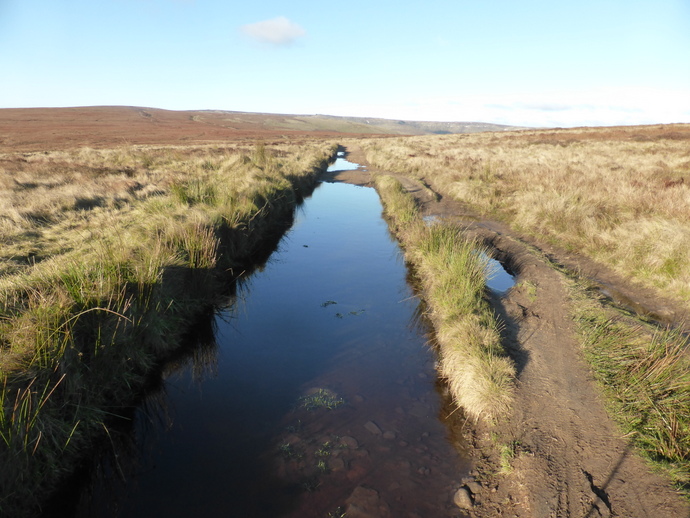 Pic 2 - The last traces of snow on Kinder 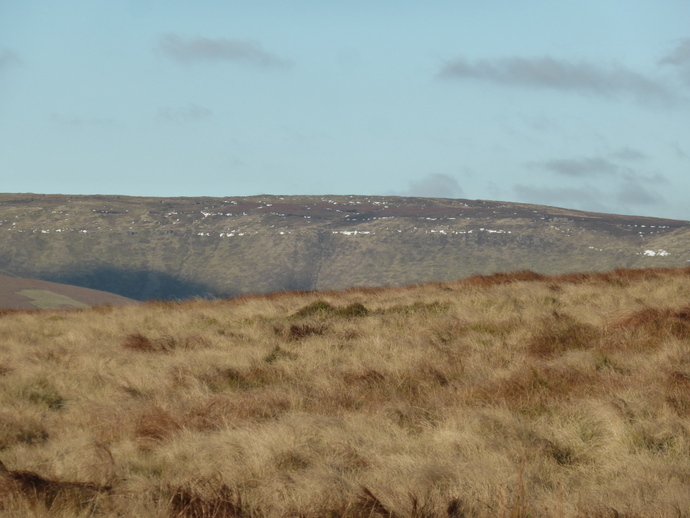 Pic 3 - The new stone flagged path stretching away into the distance and the old path to its right and the air shaft tops to the Cowburn rail tunnel being the knobs on the skyline. 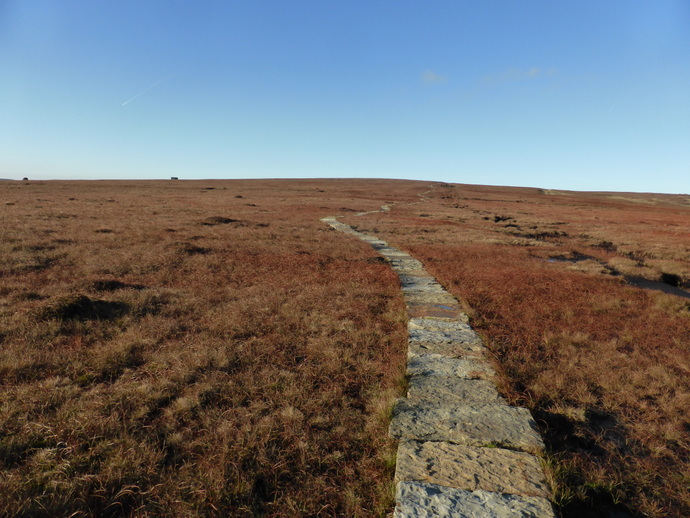 Pic 4 - The trig pillar on Brown Knoll on the approach 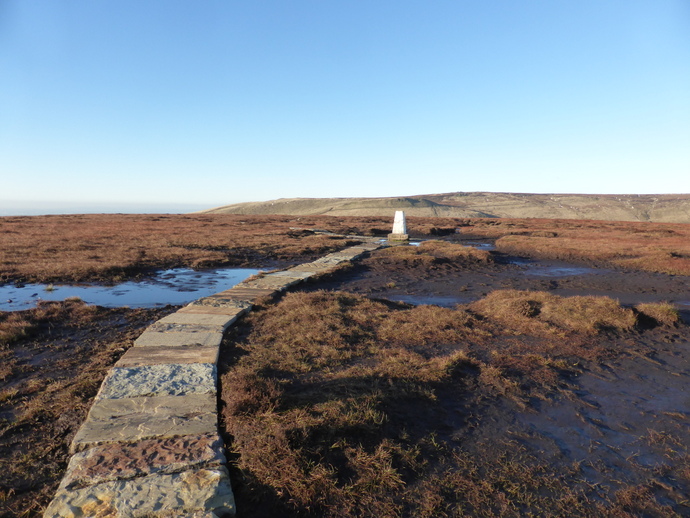 Pic 5 - The hump ahead is Swine's Back sitting on Kinders SW corner and the drop away to the right just showing is where the Jacobs Ladder path & Pennine way come up. The flagging of the path is older here and shows its more settled sate. 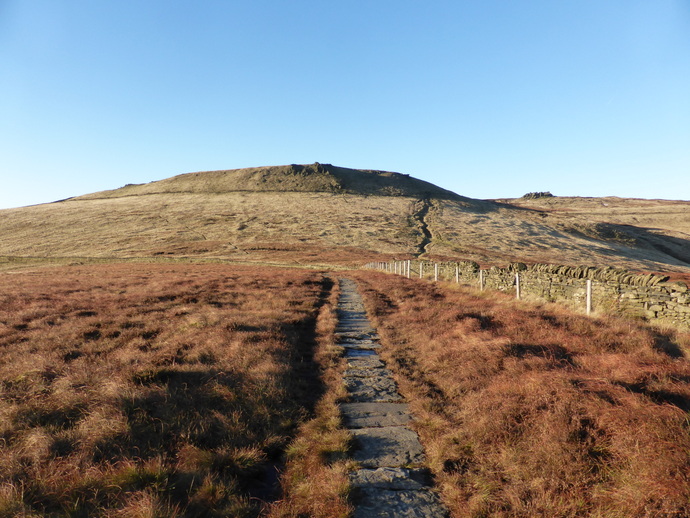 Pic 6 - The low sun to the SSW shinning over the moors and hills beyond. 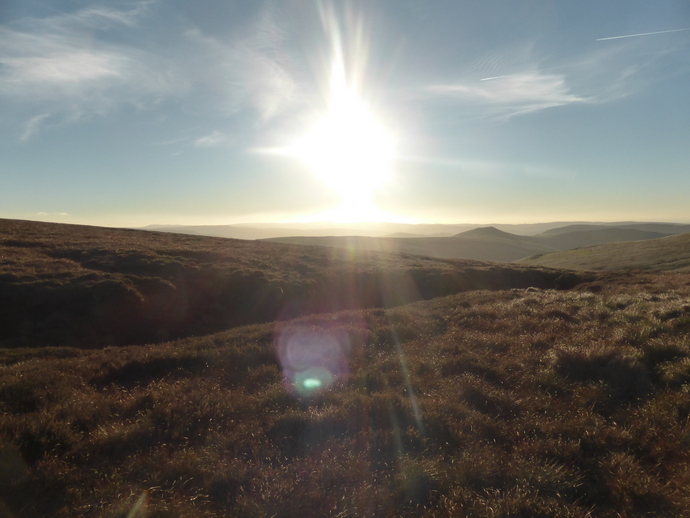 Pic 7- Edale Cross at the highest point on this walk and a place Pennine Way walkers often deviate to according to something I read. 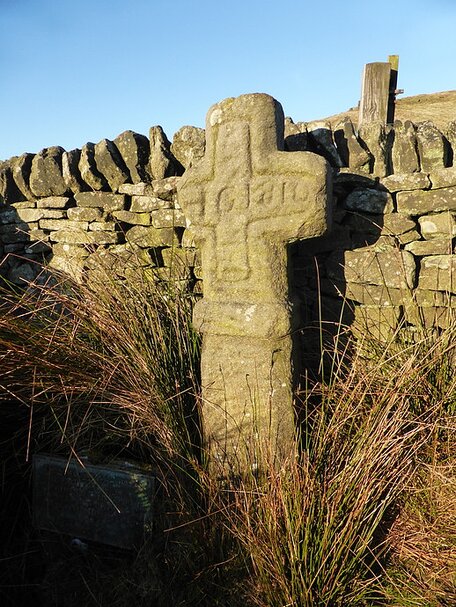 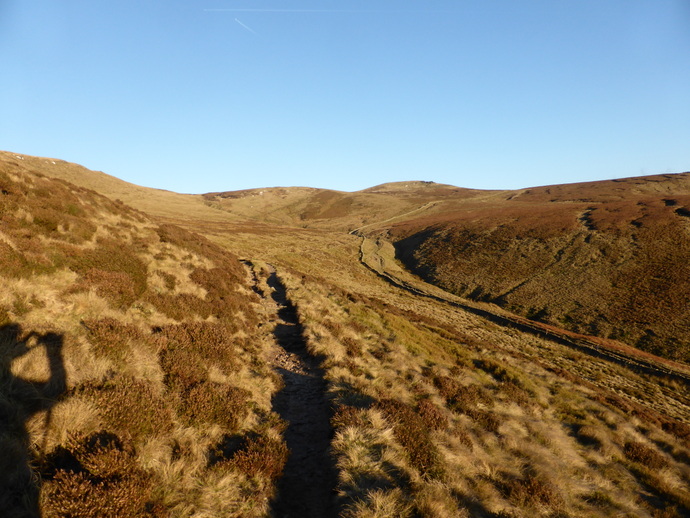 Pic 9 - Heading down to the boundary between enclosed & open access land with Kinder Reservoir just hidden in the dip ahead. 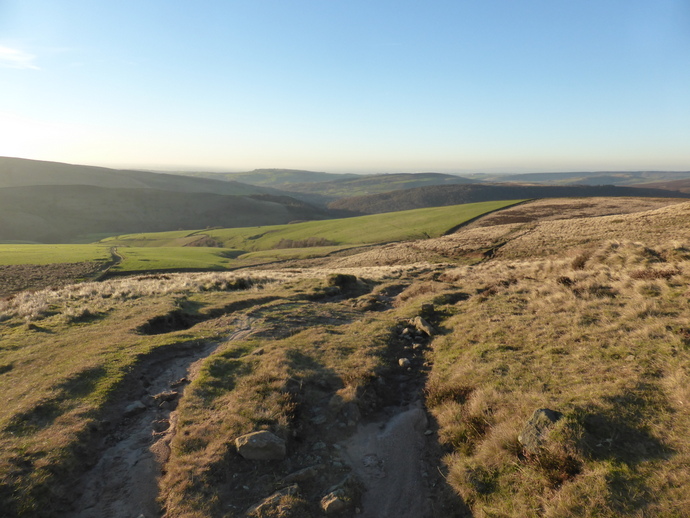 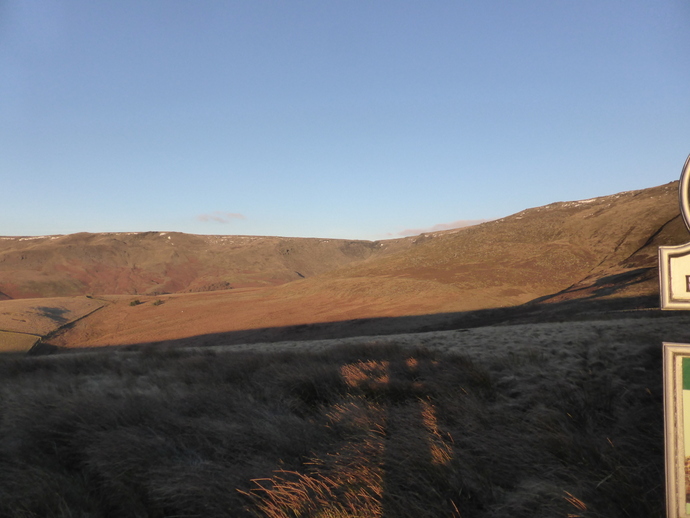 Pic 11 - Kinder Reservoir a few minutes on from my first glimpse and the lengthening shadow from the slightly higher ground that was on my left. 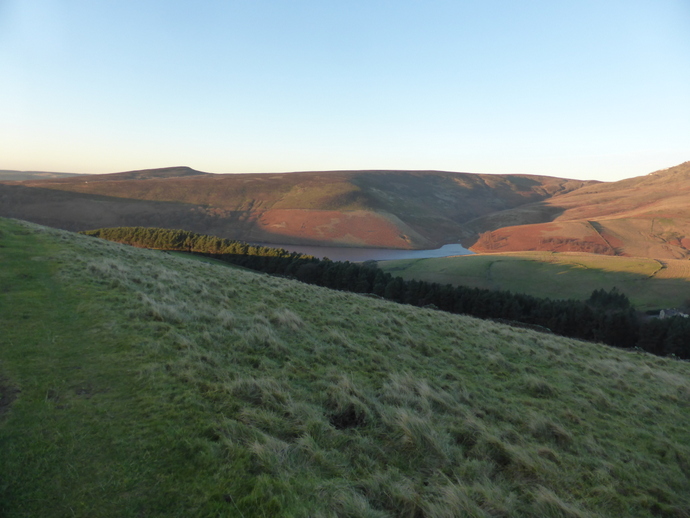 Pic 12 - With the sun getting lower (about ½ hr before sunset) & the shadow creeping over more, the flanks of Kinder were aglow in pink with just the odd snow patch still visable just over the edge of the plateau where the wind probably accumulated it. 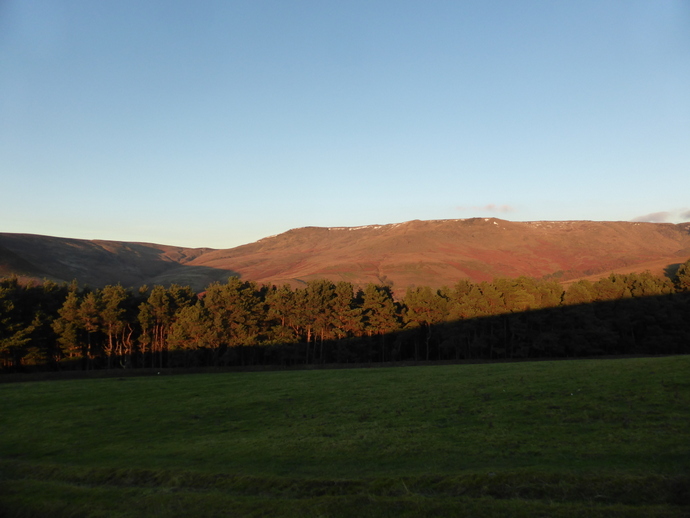 The final stretch of the walk on the road from Kinder Reservoir is quite trede up so that by time I got there and walked on to find my pickup, it was very much darker. Plus although there is a biggish pay car park in an old quarry there is more limited, free on road parking.