Pike of Blisco and Crinkle Crags (from Langdale).

A superb sunny day with lots of snow on the high tops saw me back in Great Langdale on Wednesday, for a walk up Pike of Blisco and Crinkle Crags.

Starting in the half-light of dawn, from the National Trust car park adjacent to the Old Dungeon Ghyll Hotel, I walked past Wall End Farm, before taking the Redacre Gill path up to Pike of Blisco.

I was well on my way before the sun rose high enough reach valley level, but minute by minute, this was turning into a glorious winter's day. With height gained, and the sun higher in the sky, the views began to open up, and by the time I reached the summit, there were panoramic snow-clad vistas in all directions.

From Pike of Blisco, I dropped down to the col near Red Tarn, and then skirted past the flanks of Great Knott, up to Crinkle Crags. From Crinkle Crags, the Scafell's vista was superb, as was the view across the Langdale Pikes to the Helvellyn range beyond. Skiddaw, Blencathra, Fairfield, St, Sunday Crag, the list goes on - all snow-clad, and all vying for attention in the sun.

Numerous photographs later, I stopped for lunch before continuing along the Crinkle Crags ridge and down to the Three Tarns - arguably one of the best viewpoints for the Scafell's at any time of year, but even better when snow-clad in winter sunshine! From Three Tarns col, I descended back to valley level by The Band, before walking through Stool End Farm and back to the car. - Another great day in the Lakes!

The Langdale Pikes viewed in the half light of dawn as I approached Great Langdale: - 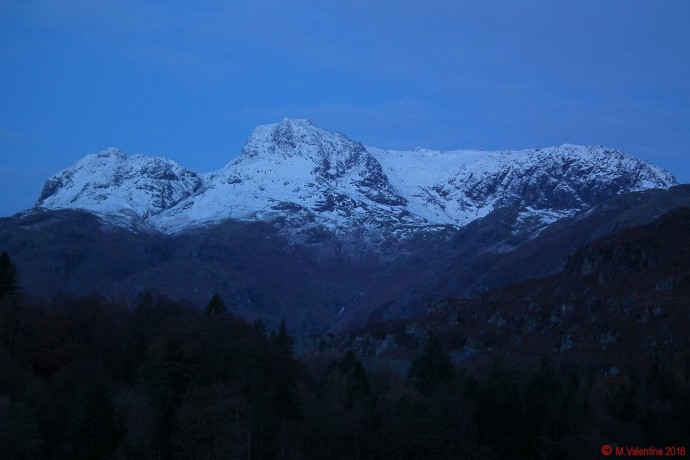 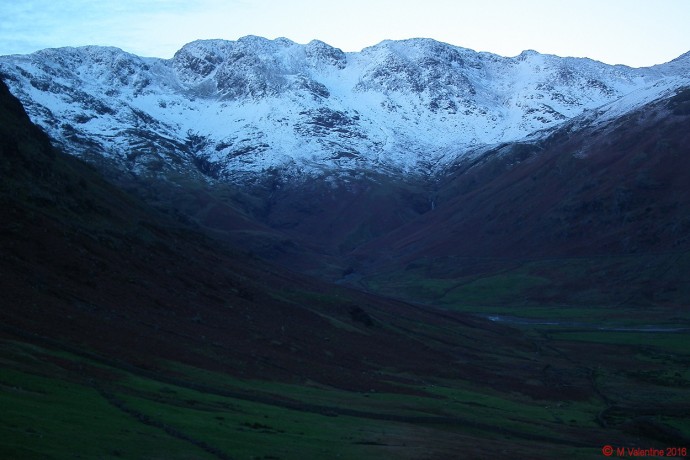 The Langdale Pikes from flanks of Pike of Blisco: - 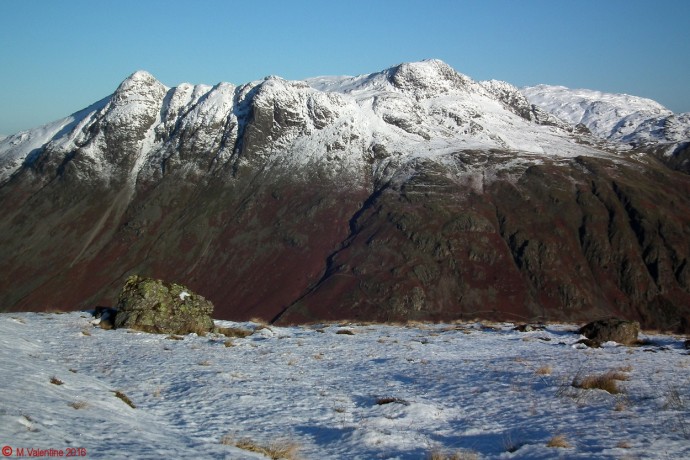 A distant Skiddaw. (Taken from Pike of Blisco summit): - 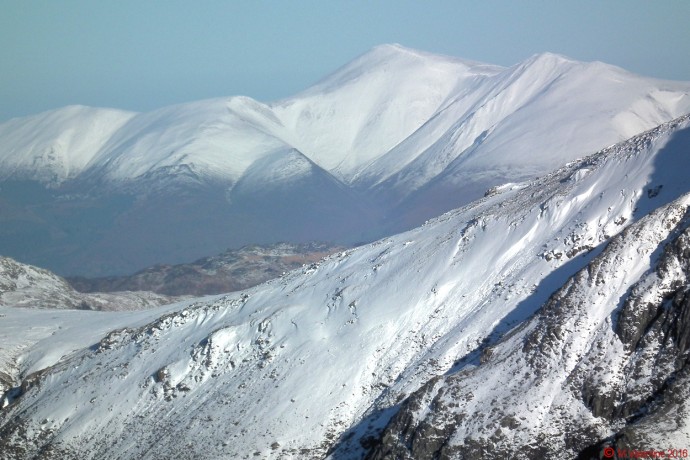 Crinkle Crags and Bowfell. (Taken from Pike of Blisco summit): - 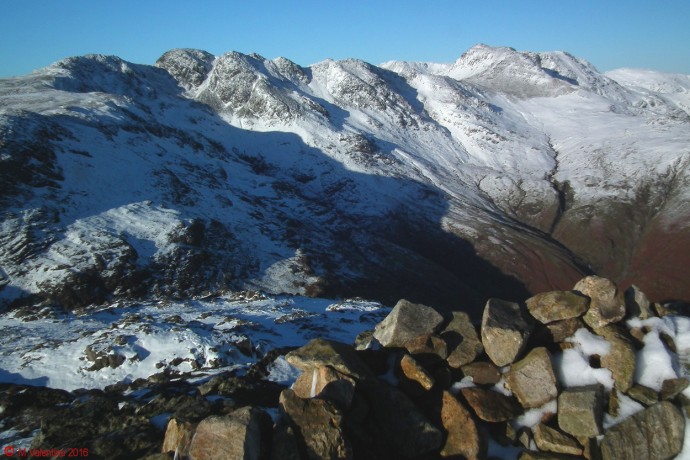 Great Knott and Crinkle Crags, as viewed on the way down from Pike of Blisco summit to Red Tarn col: - 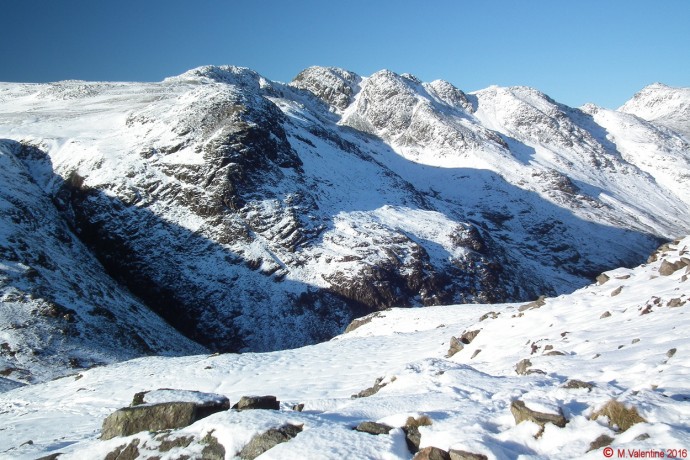 Yours truly with the Scafell's vista behind. (Taken from Long Top): - 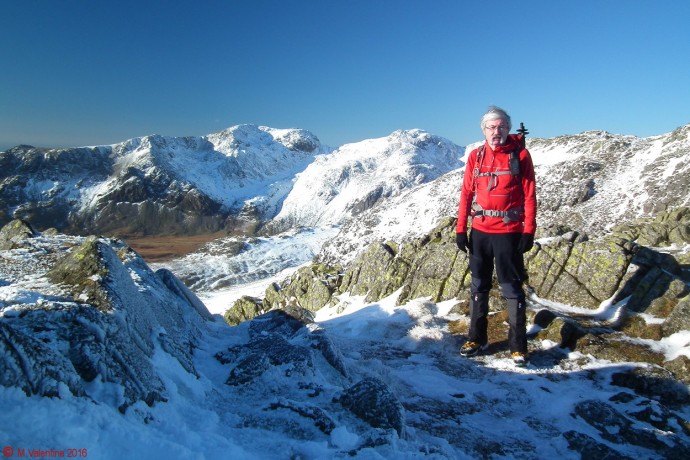 The Scafell's from Crinkle Crags: - 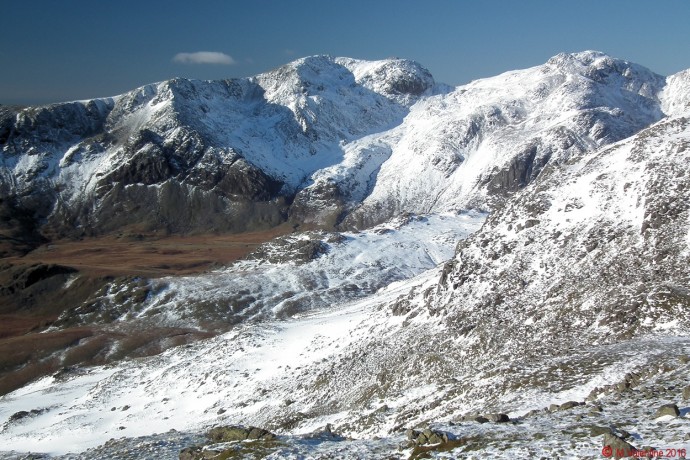 A closer view of the Scafell's: - 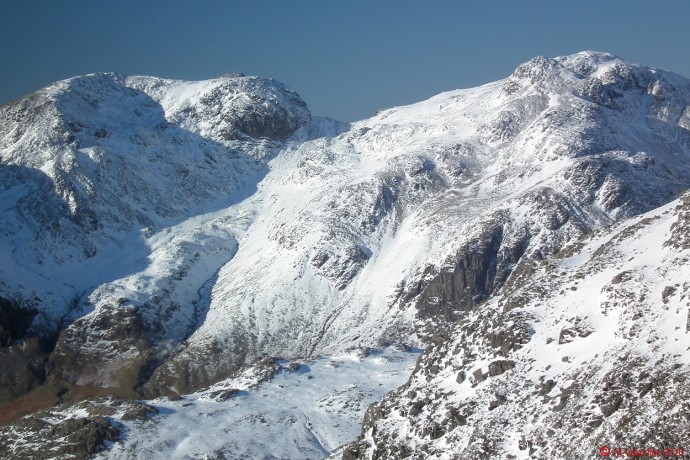 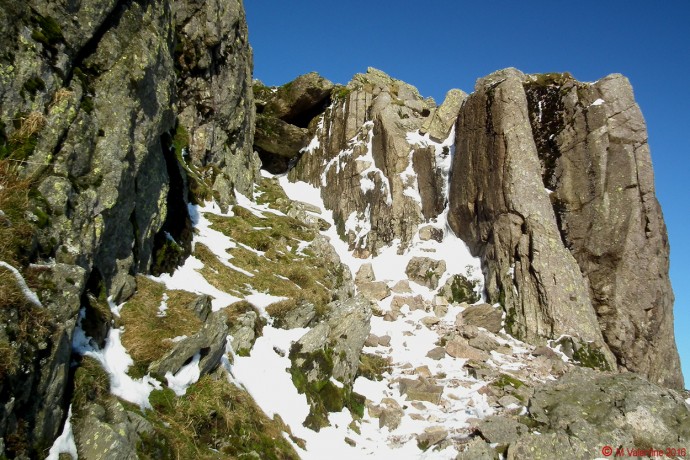 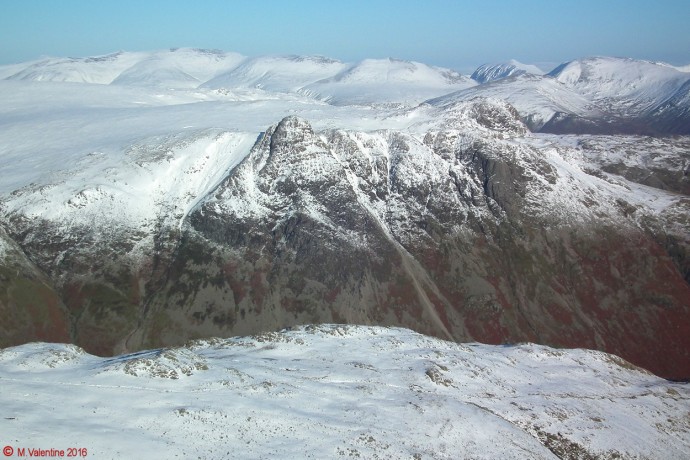 Bowfell from Crinkle Crags, as seen when approaching the Three Tarns: - 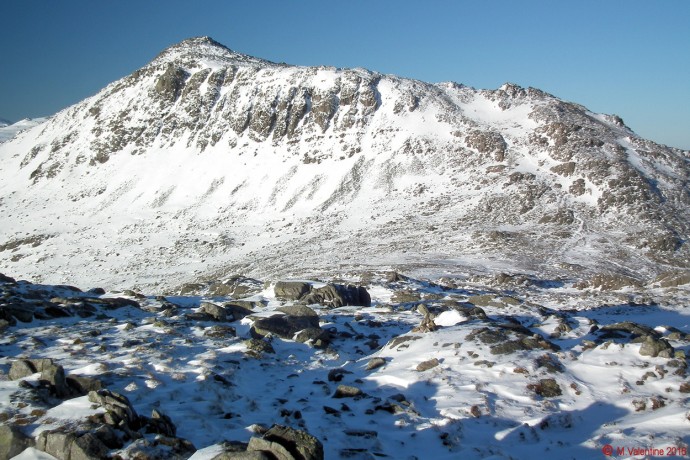 A distant Blencathra, as seen from Crinkle Crags: - 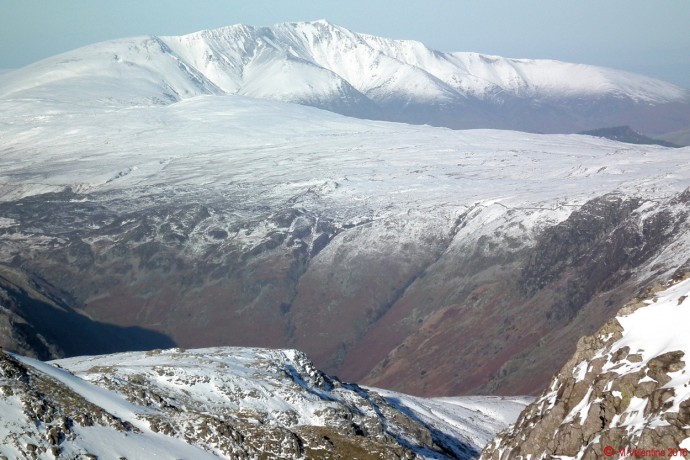 The Scafell's vista, as seen across one of the (frozen) Three Tarns: - 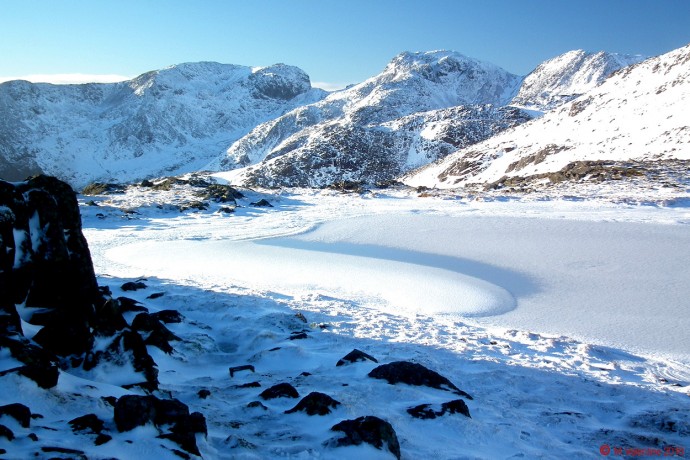 Excellent day for a winter walk with stunning pictures.I was around that area a few weeks ago taking in Bowfell a Crincle Crags. Sorry yo say the weather wasn't anywhere near as good as you had.