This walk was day 2 of 4 of my 2016 holiday. The start & end was Chapel House Farm Campsite. The route was to Seathwaite, up Base Brown the hard way - Green then Great Gable, Moses Trodd - Honister - down old toll road. 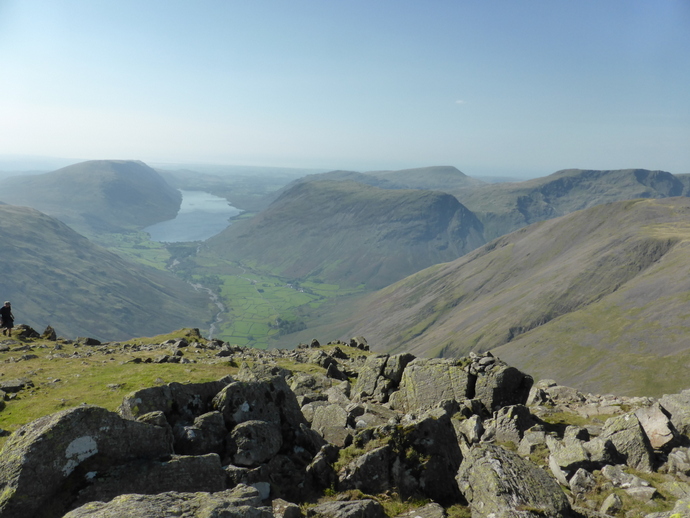 The day was another warm start and I was out in T shirt & shorts again, although the cloud was low. Having walked the other way on the road the previous day, on this one I took the field route to Seathwaite, which starts off up the drive (pic 1) to Thornythwaite farm which had been in the news the previous month over its sale, I noticed the great thick stone wall on one side of the drive, anyone out there know why? 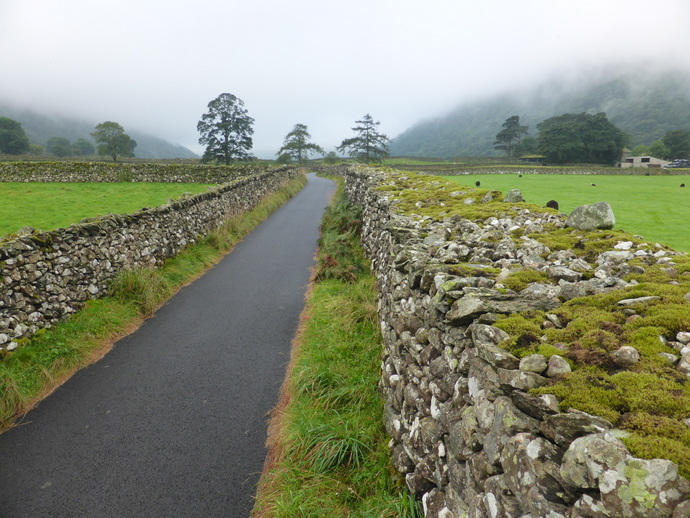 The route to Seathwaite was a bit wet in places and there were gates to go through and I made sure they were truly closed, as my father's work had taken him to the farm some decades back, only to find the farmer was in a bad mood as having gathered the sheep off the fell to work on, someone had gone through in the night and left the gate open and the sheep had returned to the fell.

Reaching Seathwaite farm, where one turns through the buildings, I noticed that coming in my direction it wasn't signed. I walked past on purpose to look at things generally. Continuing on the cloud seemed to have come down further by time I was crossing the Derwent and the view of Sourmilk Ghyll and the fells ahead being limited (pic 2) 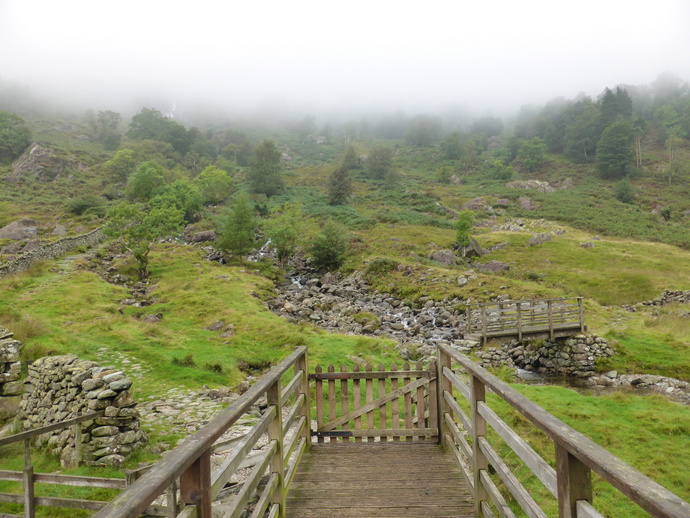 The next stage takes you up steeply, being hot & humid by now the sweat started dripping. As I reached the lower falls on Sourmilk Ghyll I was entering the cloud & going on the view out (pic 3) became non existent. 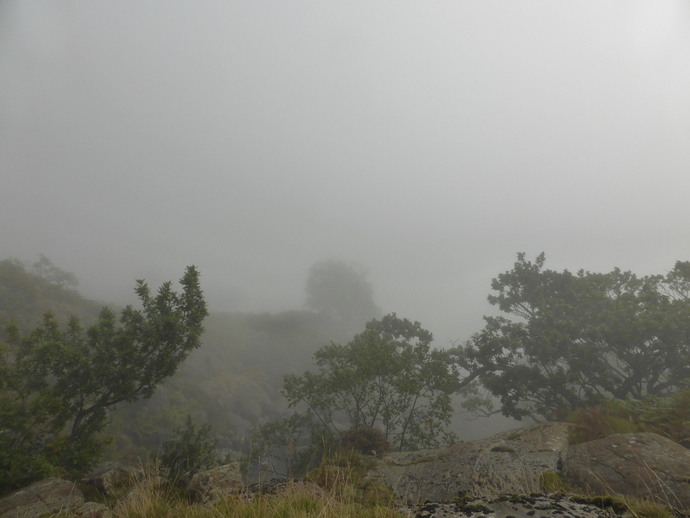 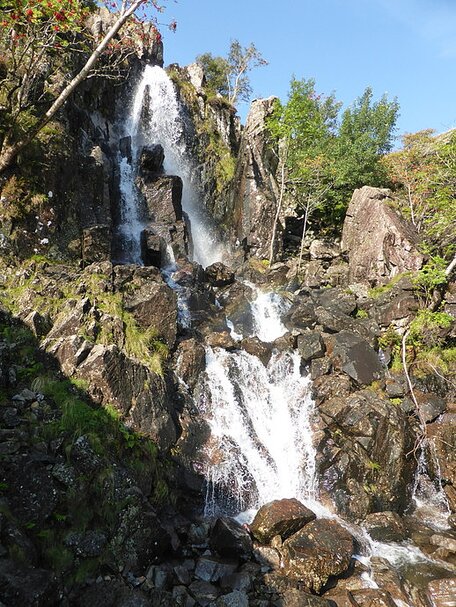 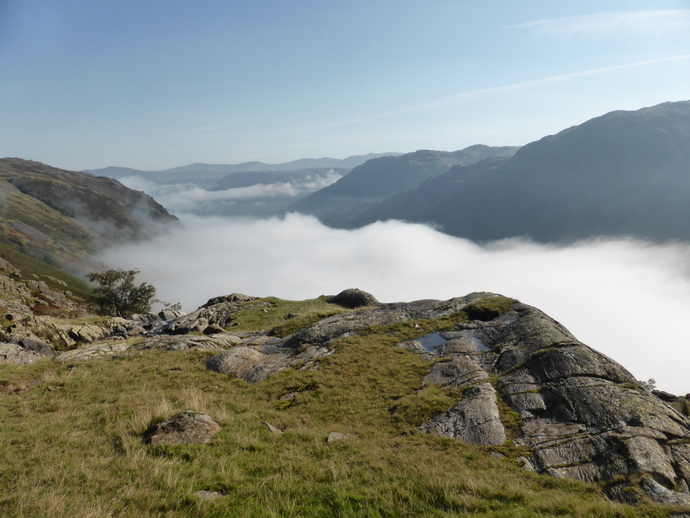 Having deviated a tiny bit to get a better peer up Gillercomb, before the challenge of the direct route up Base Brown (pic 6), 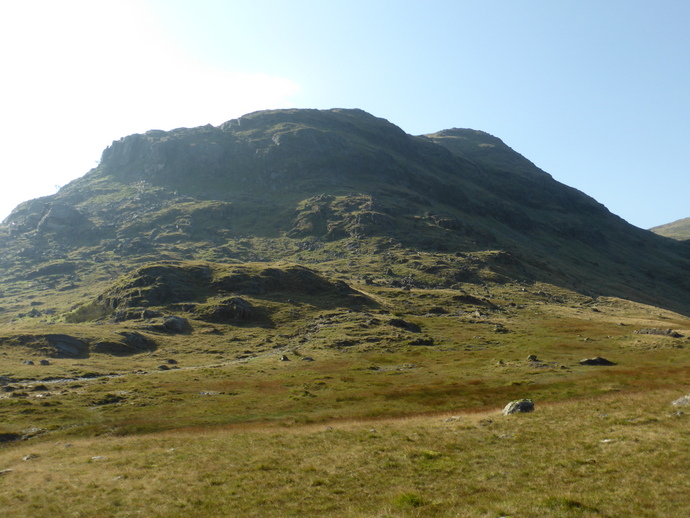 By time I'd walked to near the big boulder the sun had mostly done it's job on the mist in Borrowdale (pic 7) and further on the Hanging Stone (pic 8) became obvious. 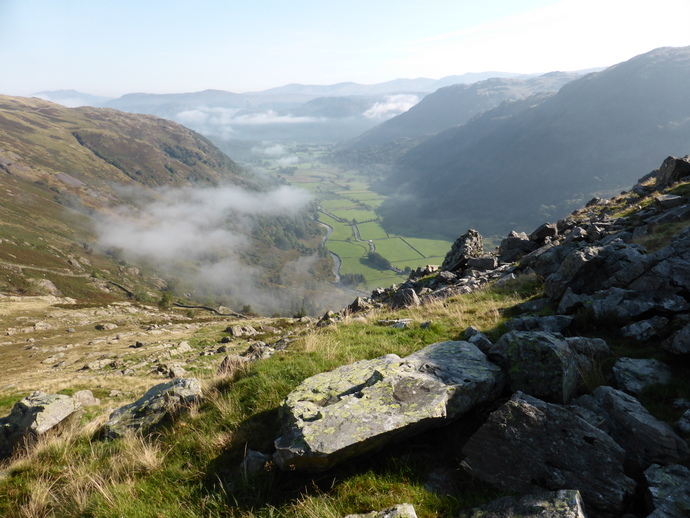 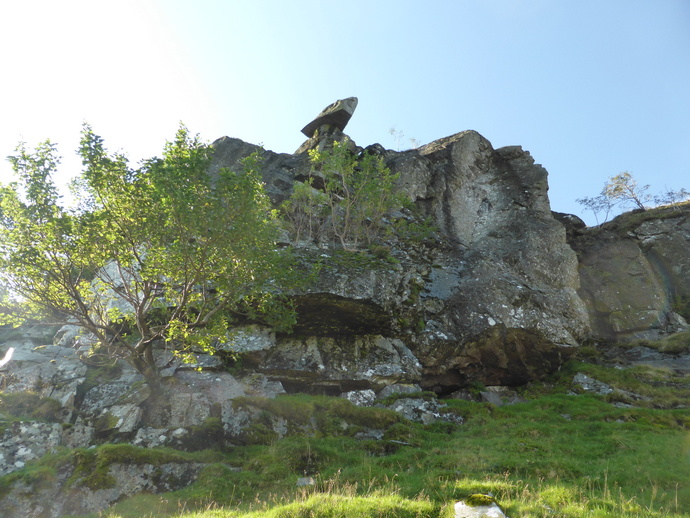 It was now time to conquer the crag, having the previous day backed off on Glaramara's rock step, I was determined that day, but should have checked things more carefully as I attempted to soon and after getting a reasonable way up decided it was just to much and came back down, then checked to find I was in the wrong place and needed to go on a bit more, which I did and got up easier but it was still a scramble with hands required. Having got up the crag it gave one a sense of satisfaction to be there on top and the sharp drop below allowed one to see down to Seathwaite (pic 9) and where I'd walked from. 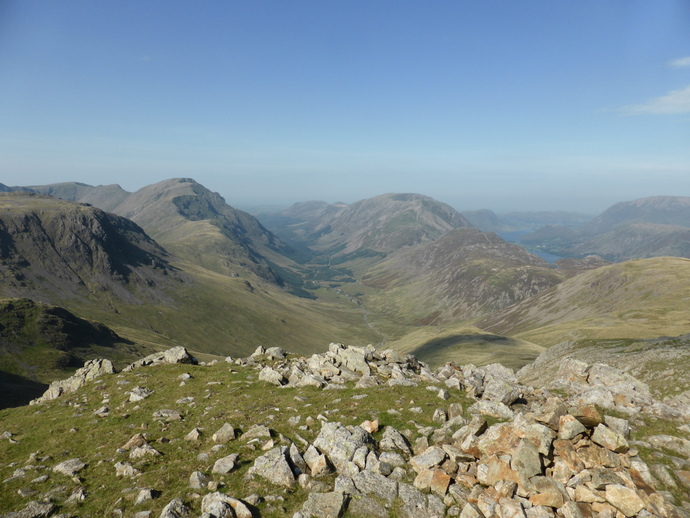 Leaving the crag top, it was on to the summit of Base Brown then across the col & up Green Gable to its rounded but bouldery top for views of Gabale Crag (pic 10) and its scree! backed by Kirk Fell and out NW (pic 11) over Ennerdale (centre of pic), High Style range & Crummock/Buttermere. 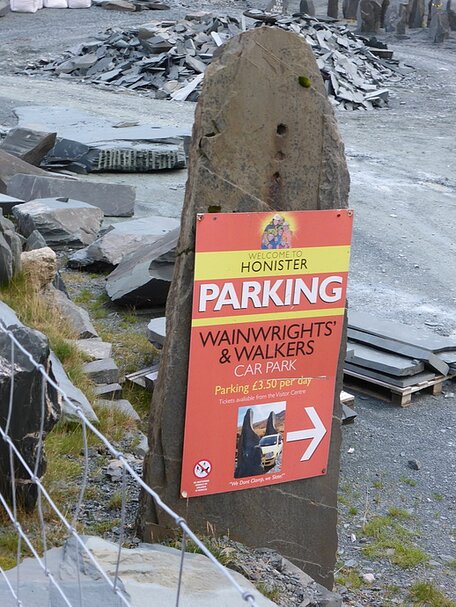 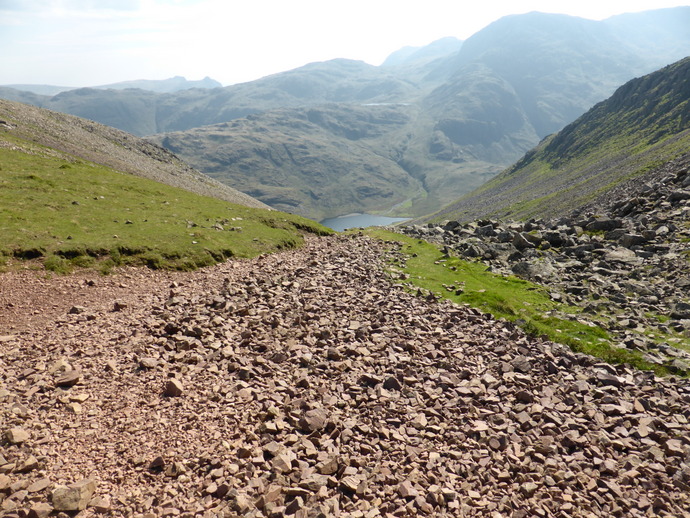 Dropping down to Windy gap one sees the path down to Styhead Tarn (pic 12) nestled with those big fells and a slither of Sprinkling.

Going up the steep rocky path to Great Gable, someone had dropped a £10 note, but I left it, not wanting the bother of handing it in. Having wondered around the summit taking in the views of numerous fells & going out to the SW drop off, for the view down the length of Wasdale (pic 13), it was time to move on. 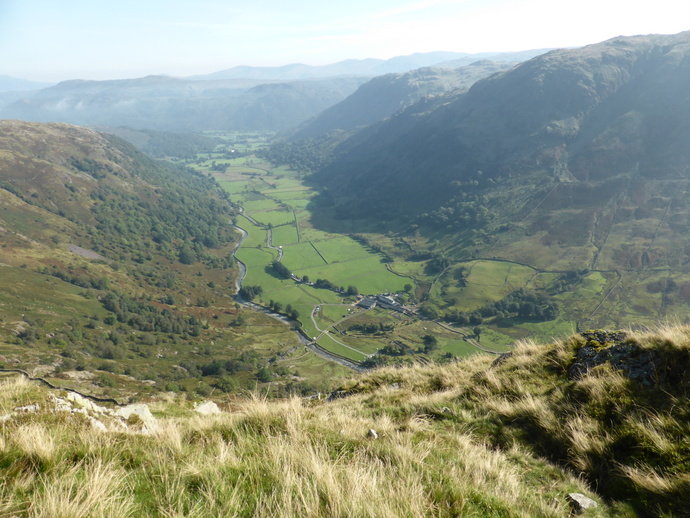 My intention was to go off the NW corner and along the Gable Crag path back to Windy Gap then along the ridge & peaks to Honister Hause, but feeling something odd in my leg I decided to find an easier route back, looking out & checking things showed me a route. Following where other people had gone rather than the path on the map led me slightly astray, in that I ended up on a lose scree slope which one couldn't walk on, I found the best method of locomotion was to squat down on one foot, have the other straight out in front as balance/brake and walking pole to push off with from behind.

Having got down safely to a stream crossing I used the water on my skin as a cooling aid and was grateful for it, I also found that my leg was back to normal. I was now on what I'll call the Moses Trodd path although it's marked differently on OS maps on the ground you'd have trouble finding the official path. This I followed to the old tramway below Fleetwith Pike. The going was easy moorland type. Having got to the tramway it looked as if one headed West the view of Haystacks would open out but having walked on a bit it didn't so I turned back towards Honister. Walking through the surrounds of the Slate Mine I noticed this car park (pic 14) as an alternative to the national trust one. 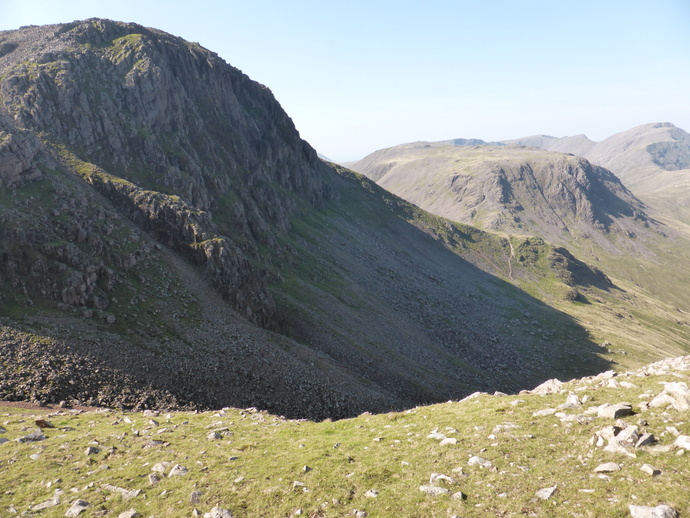 It was then down the old Toll Road, which had reasonable views when not in woods, to a bridge at the back of Mountain View cottages, although I overshoot my turn off the obvious track I was on and had to backtrack. The final stretch was a small bit of road back to the campsite.