Helvellyn via Striding Edge from Glenridding

This was day 3 of 4 of my holiday. The walk was - to Glenridding - Mires Beck - Birkhouse Moor - Hole in the wall - Striding edge - Helvellyn - H's lower man - White side - Glenridding common - Green side road. 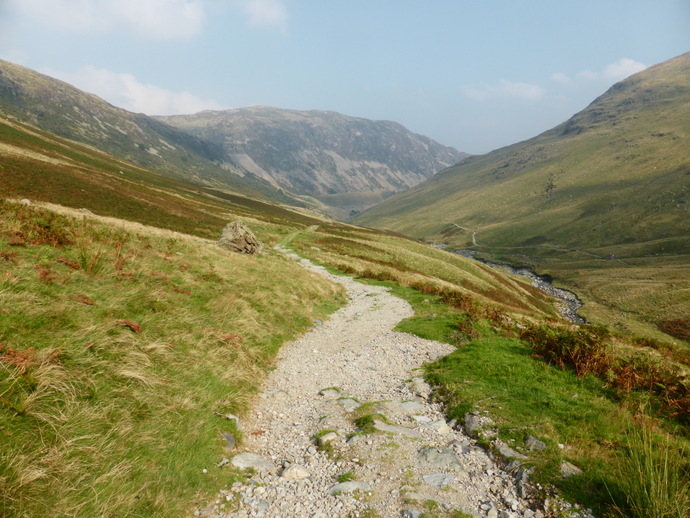 Having left the campsite before 8am, with the quite roads, the drive was only 25min & I parked in a small lay-by on the main road below Stybarrow Crag by Ullswater & I was the first car there. Having booted & suited or rather taken things off as it was another shorts & T shirt day I was off walking slightly before 9 am. The sun was not long showing above Place Fell (pic 1) over the water but it was already quite warm. Walking on the lake side path should have given me views down to Patterdale but mist/haze blocked them. 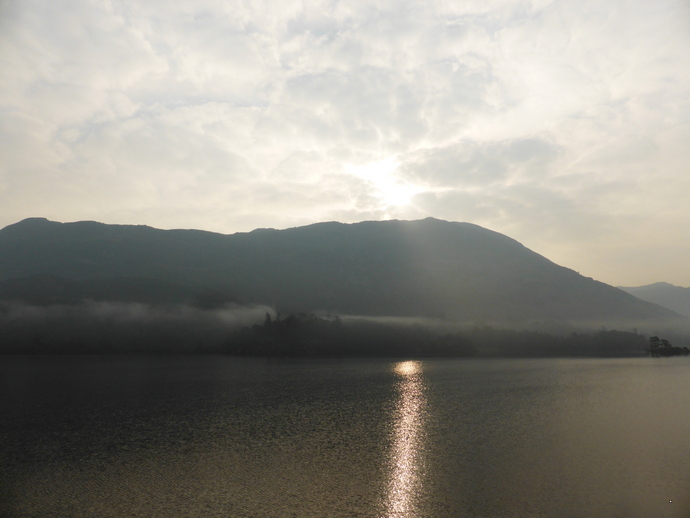 Leaving the lake side & crossing the main road it was onto a green lane running above Glenridding before heading out on the path alongside Mires Beck, an improved stoned path. The views were reasonable with Glenridding Dodd & Sheffield Pike (pic 2) showing themselves but the haze making further things only semi visible. 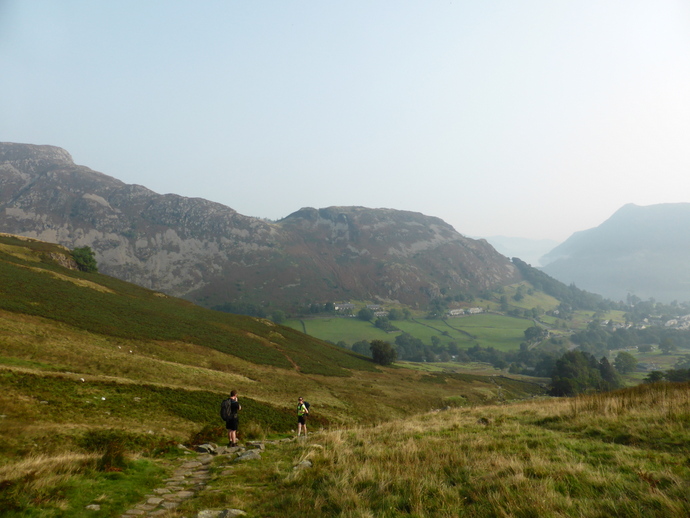 With the building heat it was much more of an effort going up hill than normal and as the path got steeper up to Birkhouse moor I had to take a few breaks. But the views out opened up more (pic 3) with the elevation and leaving the bit of valley formed by the beck. 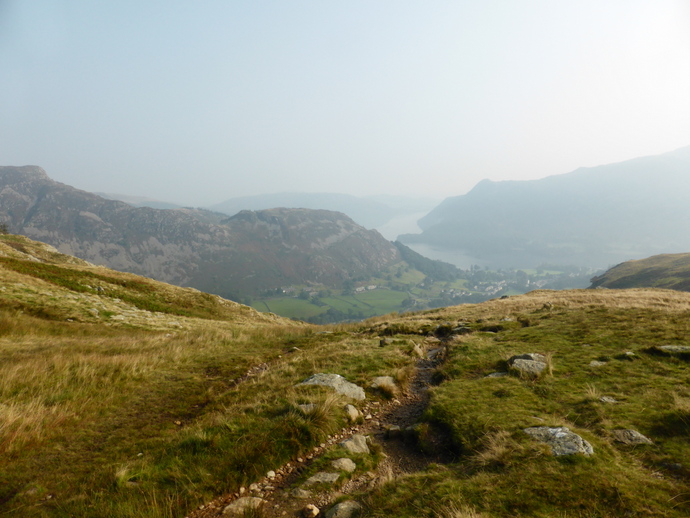 Having gone out to the cairn on Birkhouse Moor for the view there were some but the cloud & haze was interfering (pic 4) although I think the cairn beats Catstye Cam behind for steepness. 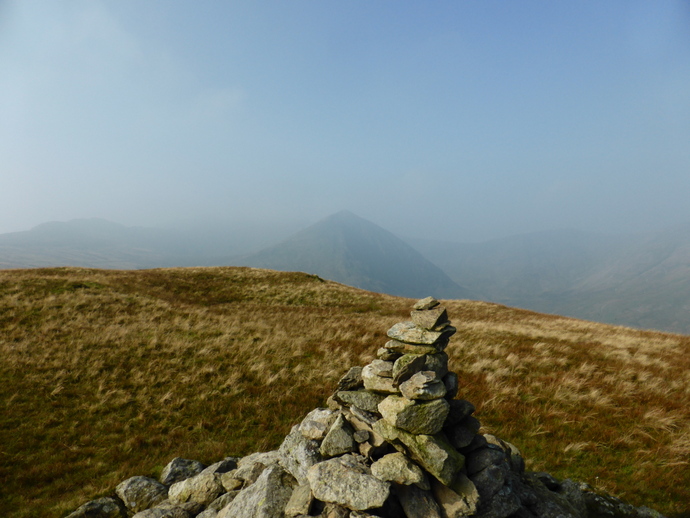 Approaching Hole in the Wall, Helvellyn (pic 5) first truly revealed itself. Plus as one got higher & more exposed one was thankful for the slight air movement for its cooling. 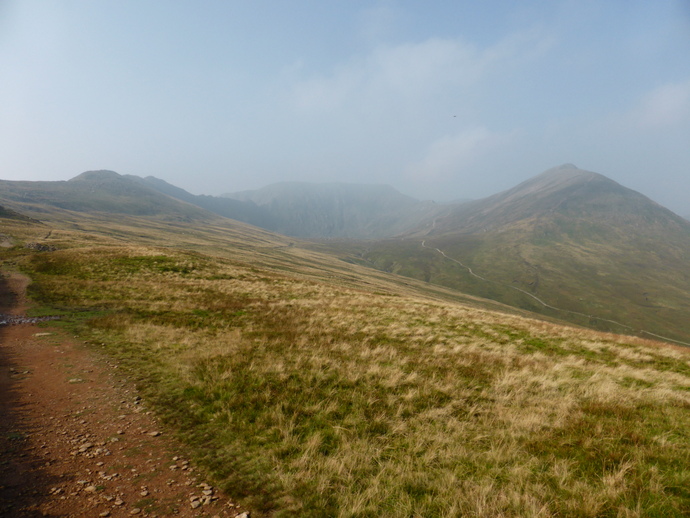 Since one virtually has to have a pic of Striding Edge (pic 6) if you've gone over it, here you are. 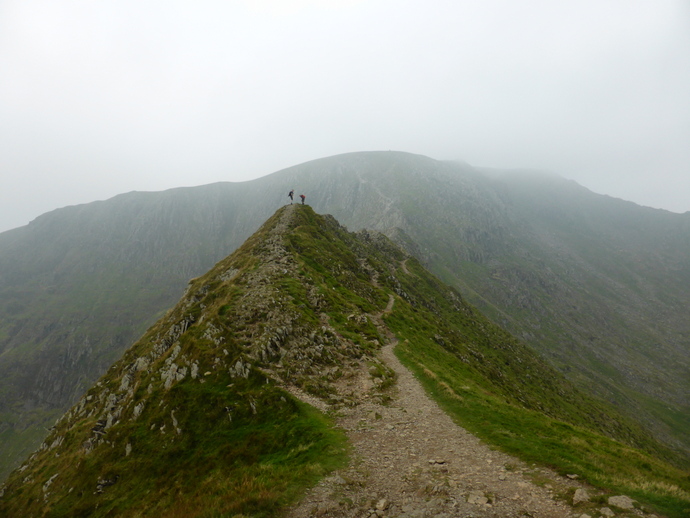 I did try and walk on the very top all the way, but it dose take some nerve so at times I resorted to just to one side with the very top as handhold to give myself a break. The views out were rather limited and the pics I did take whilst on the edge I sat down to do, feeling it safer, but having done it one can be proud of oneself. I should note that whereas normally using a walking pole is an advantage at the rock step or drop as it was in my direction it was more of a hindrance. Having safely done the edge you are then faced with a path that is scramble up a step slope of lose shale/rock (pic 7) onto the plateau with Helvellyn summit. 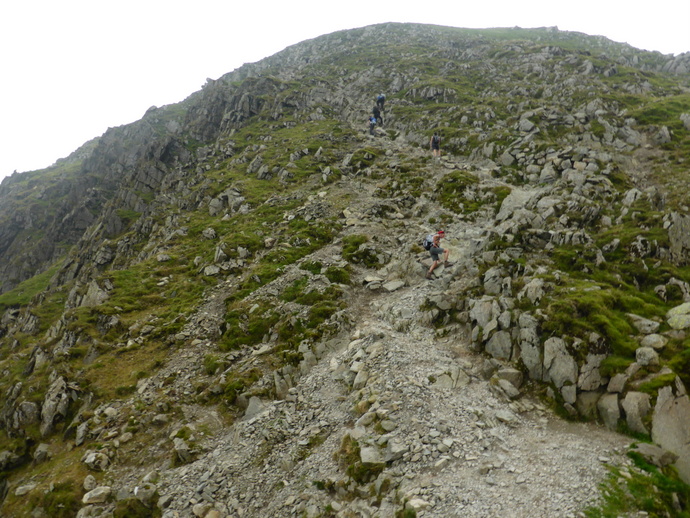 On my way to the actual summit the cloud was blowing in from the west obscuring any views that way and limiting others, but I stopped at the shelter (pic 8) for lunch part 2, but the cloud was still drifting over afterwards. 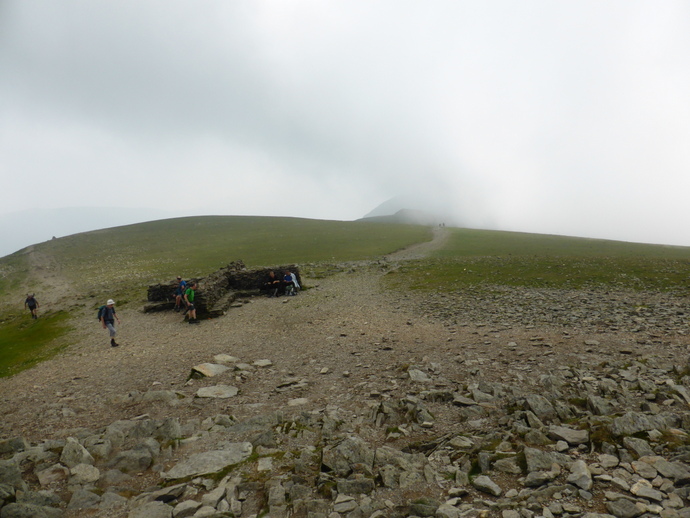 My plan for the day initially had been to go onto Stybarrow Dodd and then along/down the ridge & peaks to Glenridding Dodd, but having been slowed by the heat and taking the hard way on Striding Edge I was behind time wise, so decided to take an easier option back, plus the fact I'd got another big walk the next day.

This was to go on along the ridge North over Lower Man and on up to White Side before forking East off down the bridleway above Keppel Cove, which gave one hazy views of the other side of Catstye Cam and down over Glenridding Common (pic 9). The path was a good decent track with some nice zig zags on steeper slopes, although there had been water erosion in places, cutting channels in it. It was also a quieter route than that I'd gone up on in terms of people. The disadvantage of dropping down into the shelter of the hills and without cloud was the heat was noticeably greater. 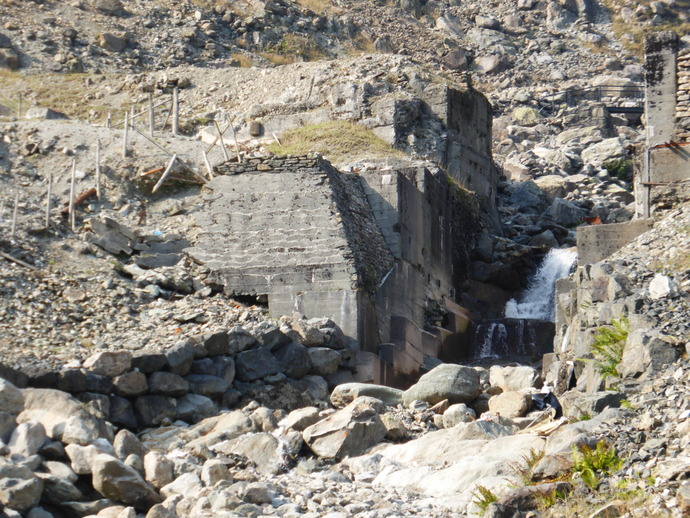 Having reached Swart Beck (pic 10 ) & the old mine workings near YHA Helvellyn there was engineering work going on, I don't know if this was general work or action after the preceding winters rain, when Glenridding was in the national news. 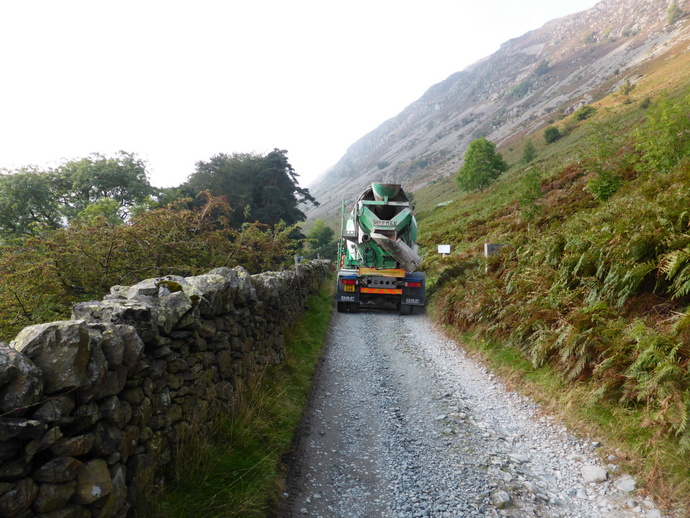 Past the buildings here one was onto Greenside road which for much of its length is two tracks of concrete for vehicles wheels, this means one can walk on looking around to your hearts content without having to concentrate on your footing. Although meeting this (pic 11) meant a bit of a scramble up into the bracken as it passed me by.

Form there on it was back onto the route I came out on, although I think this view (pic 12) out over Glenridding, my have already gone if it's a house being built, unless you have a lot of money. 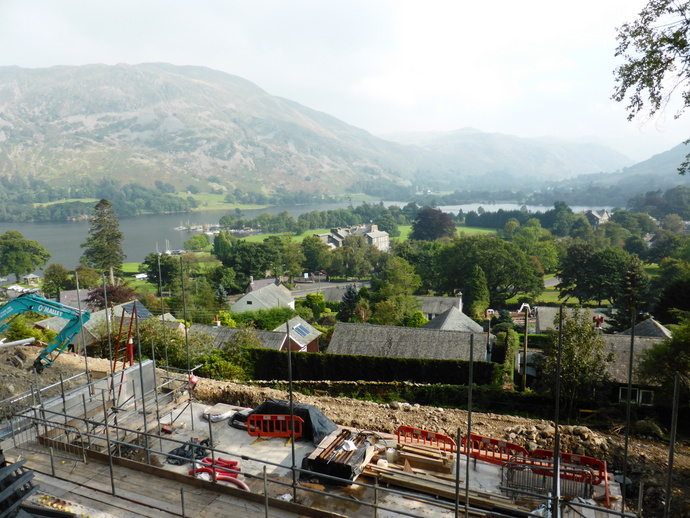