This was my 3rd day and although being early there was no parking left in the few spaces beyond the travellers rest, so being perhaps a bit naughty I parked in a lay-by I'd spotted when I'd done a similar walk last year, that is on the start of Greenside Road a bit past the authorised vehicles only & accept for access signs. It was also a nice bright sunny start with the cloud clear of the tops. Although later on in the day when I was Sheffield Pike way there was a bit of a shower & some dark grey sky around.

I had planned & took the path that is the old leat round the bottom of Birkhouse Moor to give a bit more elevation for better views on the outward leg. From just around where the Mires beck path turned off my route came this photo of Glenridding Dodd (pic 1) that was to be my final fell of the day. The going on the the old leat path was good with a decent width and bridges over stream crossings and of course generally level in terms of following the contours. 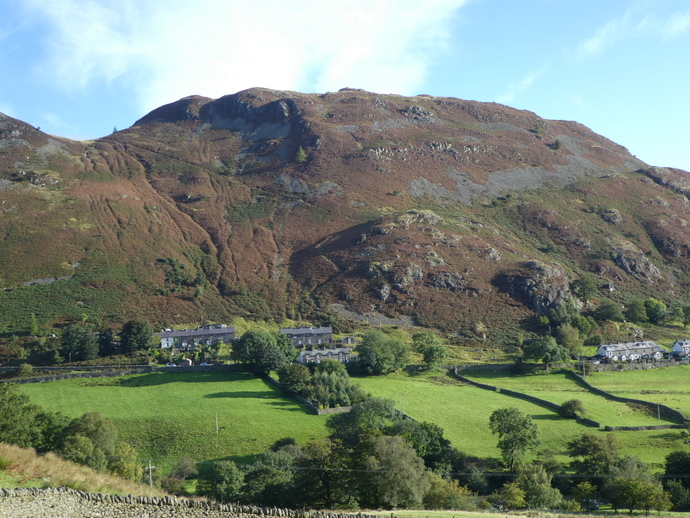 After rounding the bend opposite Stag End & it's old mine workings to the NW side of Birkhouse Moor I was looking straight up Glenridding Beck to my first and biggest ascent of the day Catstycam (pic 2) and often liking to test myself slightly & take some less used routes I was going up the NW ridge that goes up the right hand side of it in the pic. 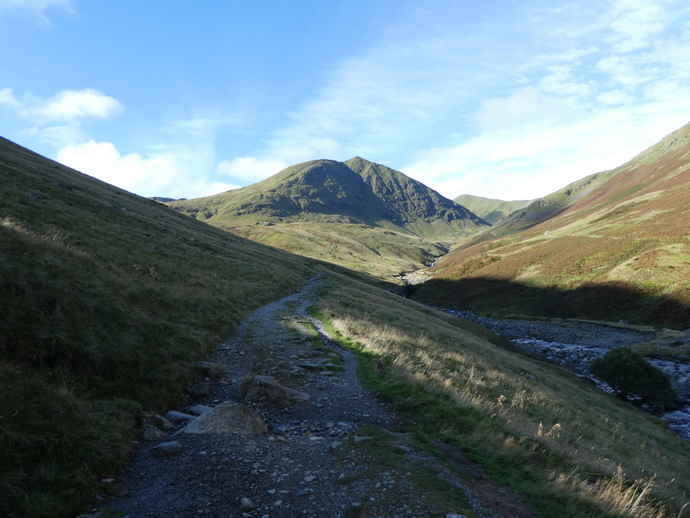 Plus to make things that little bit more interesting rather than follow the beck, I took the path that leads up to Red Tarn as an easy means of gaining some elevation before cutting slightly up to hit the old leat (pic 3) that runs round to the NW ridge although there was some wetness that required swapping sides. The pic also shows Sheffield Pike on the left which I was going over on the backward leg of my walk that day. I didn't follow the leat to it's source as I was aiming for a closer look at the broken dam at Keppel Cove (pic 4), also showing Whitesdie Bank rising up behind the dam. Reaching the dam I could see the damage done up close (pic 5) and the reason access over it is barred. 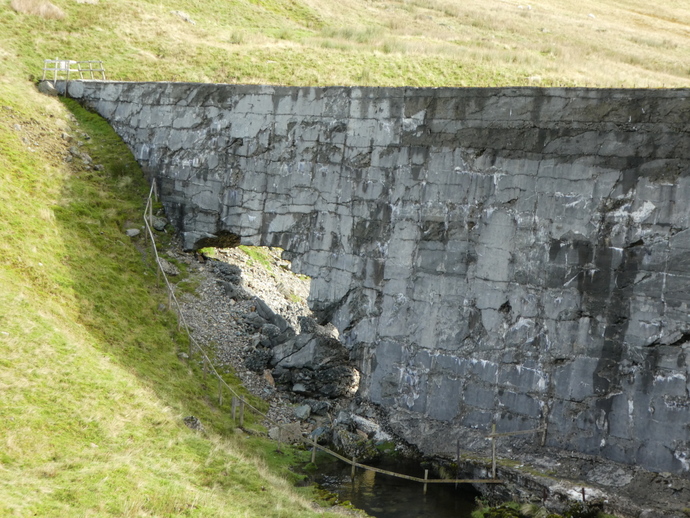 Having left the dam I angled up & round not seeing a path & started up the grassier slope. After a bit noticing a cairn across to my left I angled across to hit a zig zagging path with lose stone on it. About 1/3 of the way up came this photo of Brown Cove (pic 6) with Helvellyn's summit on the left. Then at about ½ way this one (pic 7), showing the steepness & state of the path in the foreground & the bridal path can just be seen doing easy zig zags down from Whiteside to Glenridding common. 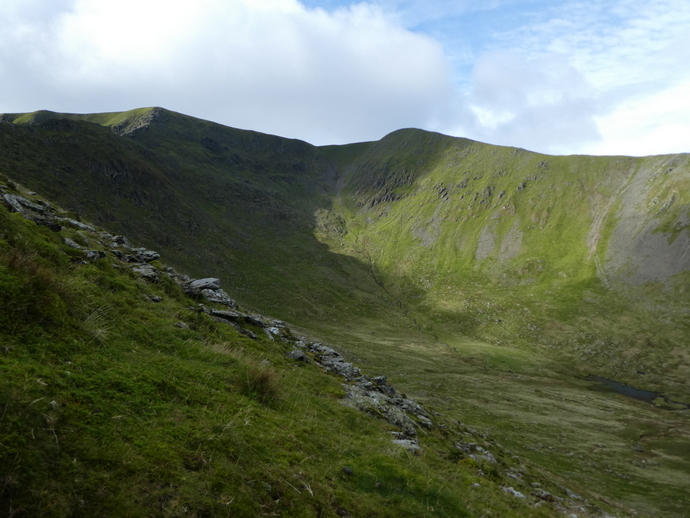 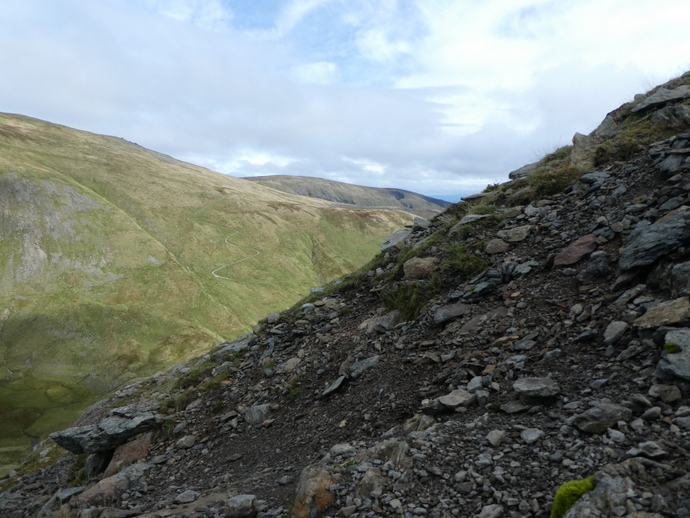 Having reached the summit of Catstycam gave one a sense of achievement of doing it the hard way and gave good views down to Red Tarn (pic 8) and of Swirral Edge (pic 9) having then had lunch it was on to Helvellyn with a chance to look back before reaching the summit at Swirral edge & Catstycam (pic 10) that I'd just done, although drifting cloud spoiled things a bit. 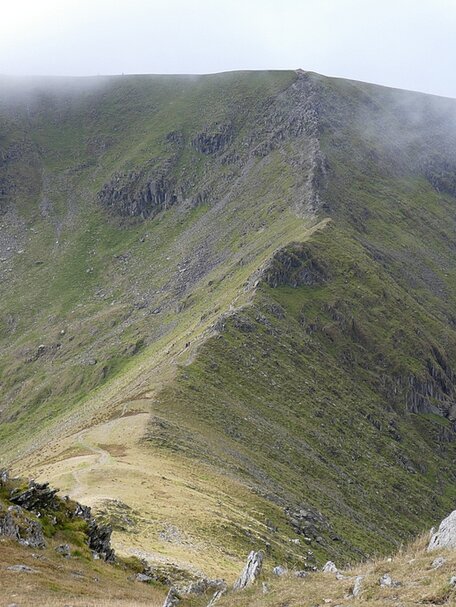 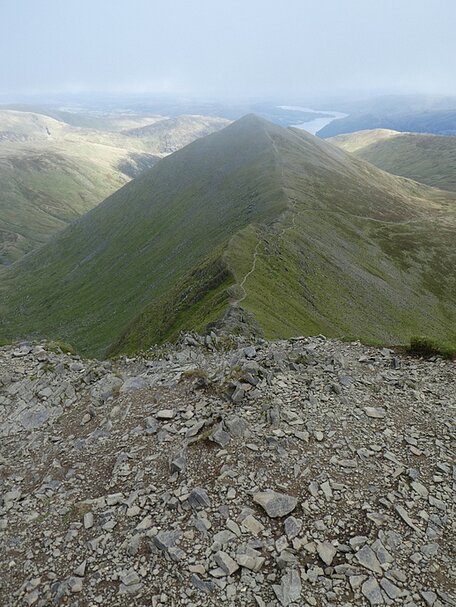 Having gone to Helvellyn's true summit and not just the trig pillar is was then turn around and start on my up & down descent, initially along the broad flat ridge (pic 11) NW but then bending right up following the higher ground to Lower Man, to give a view down the length of Glenridding Beck (pic 12) with my route of ascent up Catstycam showing & my route ahead slowly descending on the ridge on the left with Sheffield Pike being the brown craggy one & Ullswater centre top. Turning around (pic 13) I could see down to Thirlmere & Bassenthwaite lake in the distance & the Grasmoor fells being the skyline far left. 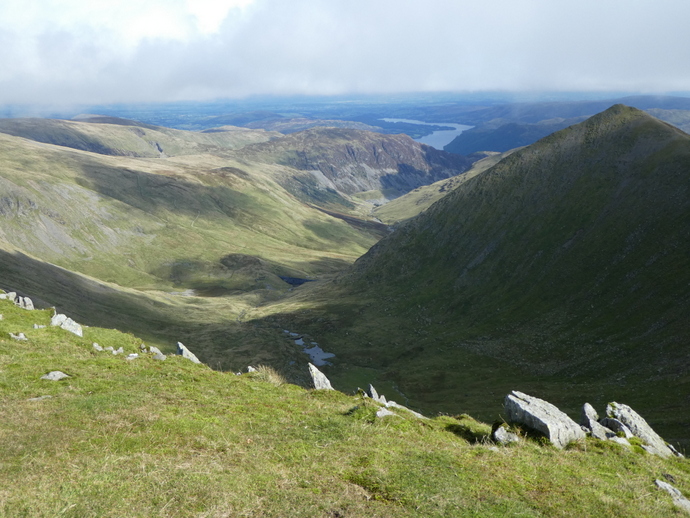 Having gone on and passed where I'd gone down last year and not completed the part I was now doing because of the heat it was on to the popular rest spot of Raise (pic 14) which looking NW gave extensive views including the dome of Great Gable a bit left of the cairns top & the ridge of Ullscarf where I'd been the previous day in the middle distance. 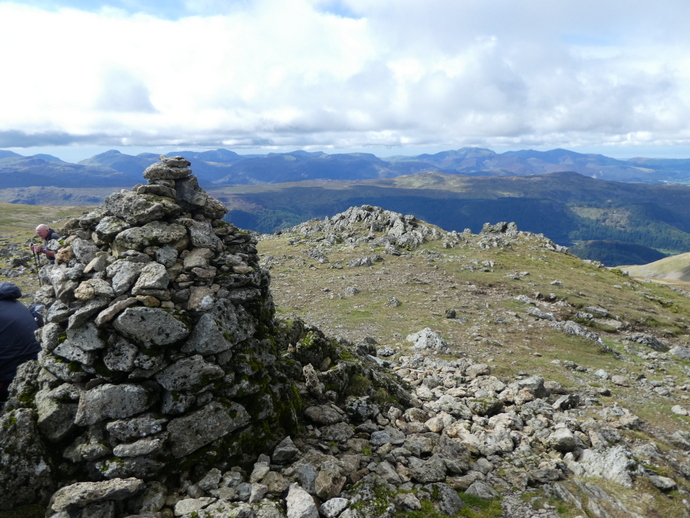 Having passed the X-roads with sticks pass it was on to Stybarrow Dodd for a meander round the summit area, but before getting there came this (pic 15) view similar to the last but including some of Thirlmere and slightly more round to the W so Scafell Pike enters the frame as the 3rd from left on the skyline, and you can play name that fell with the rest. The path tot this point was more grass but still broad and easy going although there was water around The descent from Stybarrow Dodd is a bit wet and more of a quad bike track but looking across I could see the ski lift & its little hut on the flanks of Raise. Reaching White Stone (pic 16) in name and description gave one another view of Catstycam & Helvellyn from a different angle the high ground between is Stang. 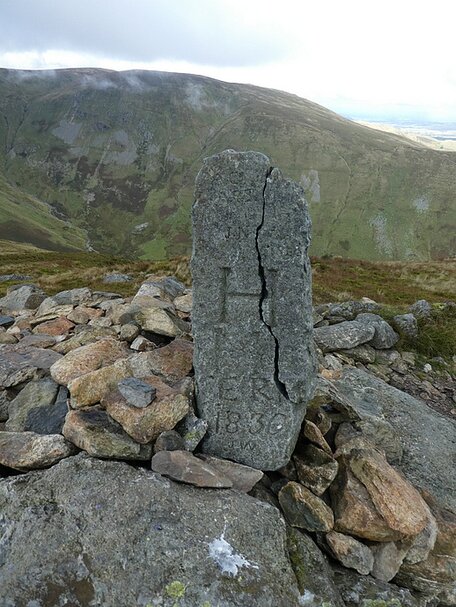 Onwards took me to Heron Pike with a view down onto my final summit & 7th Wainwright of the day Glenridding Dodd (pic 18) sitting above Ullswater. Having negotiated the step descent and just started ascending Glenridding Dodd gave this view (pic 19) of Heron Pike the route of descent is the skyline down to the left and then roughly by the wall I was standing by taking the photo. 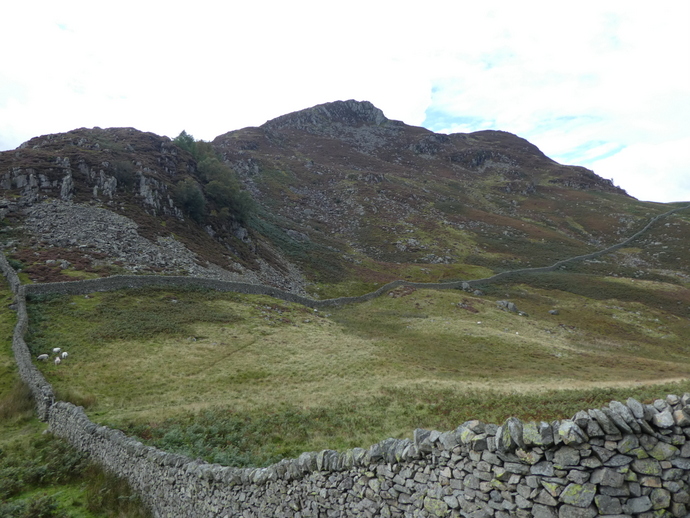 From Glenridding Dodd's summit (pic 20) you have reasonable views of Ullswater and the fells around, but the best view of the whole Ullswater (pics 21 & 22) come from the view point at the eastern end of the top. 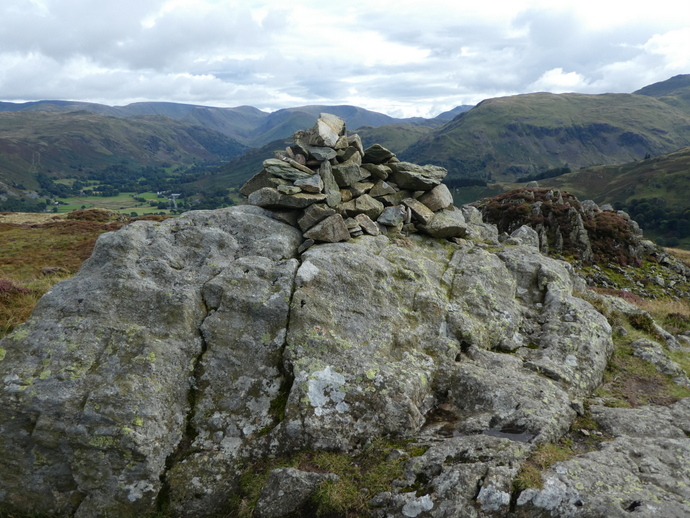 From the view point I wandered back round the edge to maintain the view out to the summit and then backtracked to the low point with Sheffield Pike where the only path down the S side is to Glenridding and that's steep and it was then only a few minutes walk back to my car.